They came. They saw. They pitched. In the lead up to TechCrunch Disrupt Europe our team has been traveling all over, and yesterday we hit London, at Campus London, for a new kind of event: a Pitch-Off. Think poetry slam without the rhyming.

This battle to the death saw around 12 startups do a 60-second, no-slides Pitch-Off against each other, with their offerings judged by a team, including TechCrunch writers. Participants had to explain why their startup was awesome, with all of the products presented either in stealth or private beta.

Prior to that, we held brief 1-to-1 talks with each pitching company to get a better sense of who they were and give feedback. The first-place winner got a table in Startup Alley at the upcoming TechCrunch Disrupt Europe in Berlin. And we had two runner-ups who received two tickets to the conference.

A quick run-down of those who pitched follows below, but before that, here’s a reminder that we will be doing a Pitch Off event in Berlin this Friday, August 2.

Here’s details of our Berlin meetup

The Application form to pitch your beta/stealthmode startup in Berlin is here.

Companies selected will get a ticket to the event.

Here is where you get a ticket if you want to come along and see the pitches and meet TechCrunch writers. 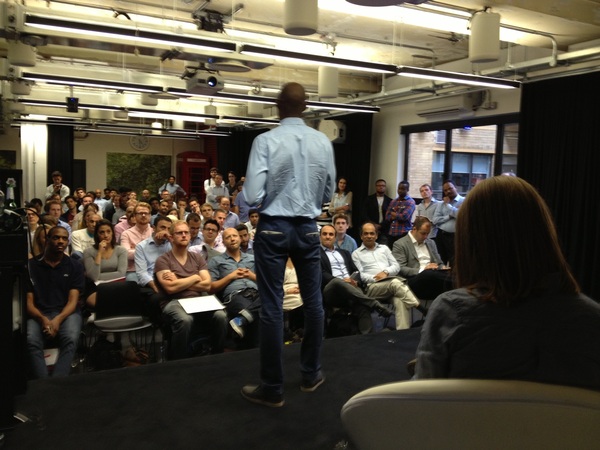 As for London, we heard from a variety of fascinating companies.

The winner of the Pitch-Off was Saberr, a startup that says it has an “algorithm that can predict startup success.” Second prize went to Wrangle from Makeshift, a beta project that wants to become “GitHub for data analysts.” Third prize and tickets to Disrupt went to Getqardio, which is producing affordable sensors that monitor cardiovascular biometrics that integrate with iOS devices.

We also heard from Supermium (a coupons-as-ads network) and Whatnowtravel (an app allowing travellers to use their smartphones to simulate “live” location based services abroad without incurring expensive data roaming charges).

Then there was Datoral (democratising access to big data); Workforce.fm (for tracking a mobile workforce); Neur (a “Match.com for M&A” between startups and big corporates); TreatmentSaver (comparison shopping for cosmetic surgery); Skillflick (like an Amazon Marketplace but for local services) and finally we had a pitch from TeeMinus10, which plans to launch an app allowing astronauts to notify people on the planet when they are taking a photo of them on the ground. 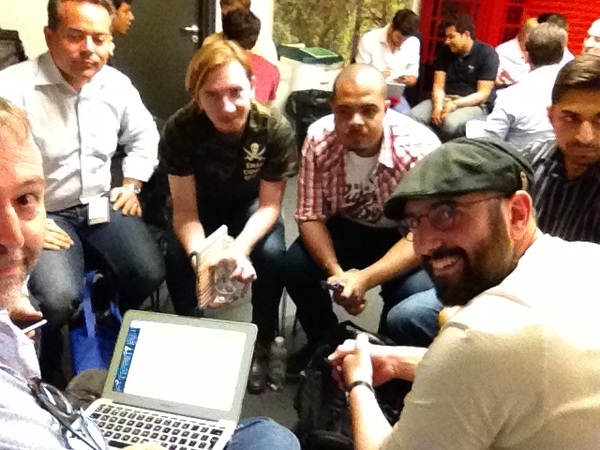