Almost at a steady pace, Helsinki has produced a hit gaming company every couple of years: Rovio’s Angry Birds blew up in 2009 and then Supercell took the crown as one of the highest-grossing iOS game developers in the world last year through Clash of Clans and Hay Day.

Is the next one Grand Cru?

Named after the French wine classification, the 25-person startup has been quietly working on a game called the Supernauts, which has been called a more mainstream and accessible take on Minecraft.

Early on, they picked up funding from Supercell-backer Lifeline Ventures and now they’ve racked up an additional $11 million from strategic investors like Qualcomm Ventures, Nokia Growth Partners and lead investor Idinvest Partners.

Their funding comes at a time when the Helsinki gaming community is abuzz with the success of companies like Supercell and Rovio and as dozens of other tiny startups splinter off with talent from both these companies and then longer-standing studios like Remedy and Digital Chocolate’s local office. To an outside observer, it may seem pretty random that Helsinki keeps churning out world-class gaming companies, but the community has deep roots because of these older gaming companies, the existence (and then decline) of Nokia and longstanding events like Assembly, which has been an annual mecca for developers and enthusiasts for more than 20 years.

The company has yet to launch its first game but they’ve been quietly at work on its flagship title for about two years. It’s like a more cartoonish and social version of Mojang’s 8-bit megahit game Minecraft. Players solve puzzles and create shareable worlds while traveling to a flooded Earth to rescue humans. 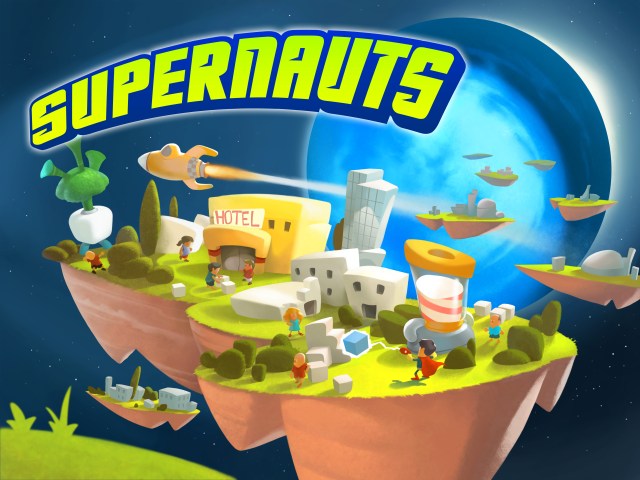 They don’t have a timeline for when it will be released.

“We will launch it when it’s ready,” Warin said. “We’ve put two years into the game. We will not fumble on the finish line and we have taken a very extensive process in developing the game.”

Supernauts is done in third-person and the artistic style is quite different in feel and form.

He said the game’s social features are much deeper than what you’d see in a typical casual game.

“We don’t want to have the standard stuff, where you visit your friends and they give you stuff,” he said. “We have proper multiplayer competitions.”

They plan to use the funding to launch Supernauts, and Warin said the company is taking after the Supercell model of building a gaming company gradually instead of staffing up really aggressively. 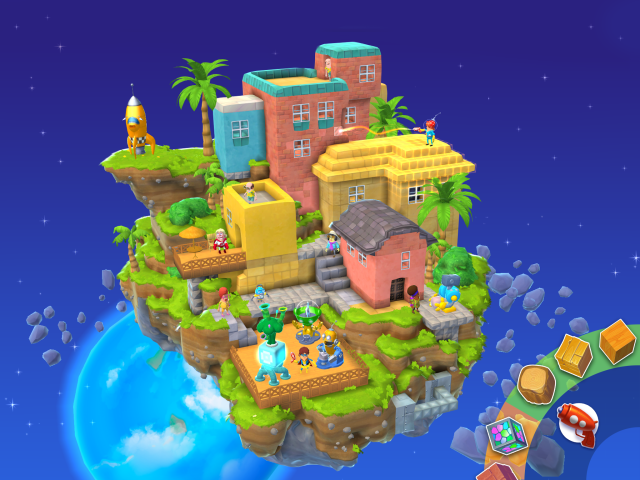