Facebook’s on a quest to get you involved in real-time global conversations. Today it takes the next step towards challenging Twitter by adding hashtag support to its mobile site and launching related hashtags. Starting this evening, when you click or search for a hashtag, the results page will show other hashtags often posted at the same time. Search #equality and you’ll see #lgbt and #pride.

Facebook brought Twitter’s hashtags to the masses earlier this month, turning #-preceded words into hyperlinks you can click on to see mentions by your friends, Pages, and people who post publicly. Users can also search for hashtags to bring up a stream of mentions.

At the time there was no mobile support, and Facebook’s popular iOS and Android smartphone apps still don’t work with hashtags. But Facebook tells me its HTML5 mobile site m.facebook.com gets the hash hookup tonight. That’s pretty important since publishing hashtagged posts about events your attending is a core use case. Now anyone with a mobile browser can pump some ### into Facebook. 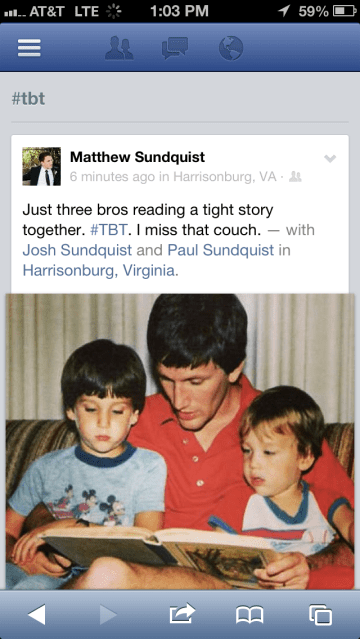 Related hashtags, also present on Twitter, will make sure you don’t miss parallel conversations. Facebook tells me it analyzes which hashtags are frequently posted together to discover which are associated. After viewing the results for one, you can click down the row of related hashtags to get a wider perspective on whatever’s caught the world’s attention.

You might expect Facebook to jump right into trending topics or other advanced hashtag features, but it’s still learning. By rolling out the product bit by bit, it can see how people use it, and get enough data to tell how to slice and dice the conversations in the tastiest ways.

At first, I expected a lot of backlash to Facebook hashtags. “Oh, what copy-cats.” But instead I’ve actually heard a lot of “I finally get to use hashtags!”

The fact is that while Twitter is a household name with exposure on TV and in ads, it’s still not quite mainstream. When non-Twitter users saw a hashtag, they might have felt left out. Sure hashtags exist on Pinterest and Instagram, but users of those services are more likely to be on Twitter too. Facebook hashtags could unlock the real-time web for a whole wave of casual Internet surfers. Between Twitter’s pioneering work and Facebook’s new support, these conversations can finally include everyone like they’re supposed to.