Scummy for-profit schools like University of Phoenix spend big bucks to rope students into mediocre educations. So Ranku launches today to help students find a reputable online university. Its site lets you browse different programs, and compare their price, online interface, and performance of graduates. The TechStars-backed Ranku wants to bring transparency to the sketchy business of choosing a digital education.

Here’s the problem. Lots of people want to go to school online so they can get a more affordable education from home, even if they’re on a tight schedule. Sixteen million students were enrolled this year. That has spawned a rapidly growing ecosystem of online schools.

There are traditional, legitimate, nonprofit private, public, and state schools like Stanford, Georgetown, and University of North Carolina at Chapel Hill. There are only 100 nonprofit schools operating at scale online now, and they account for just 1 million of the 16 million students. That’s because there are for-profit schools, such as the University of Phoenix, Kaplan, Everest, and Art Institutes that, studies have shown, produce graduates who earn less, are more likely to be unemployed, and have higher debt. 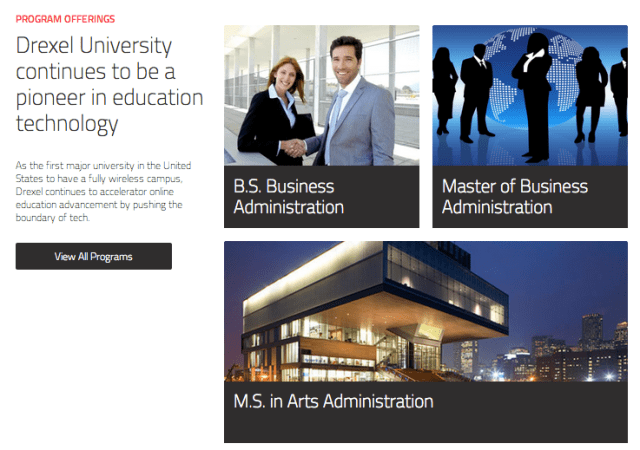 But since for-profit schools can make so much money from each student, they’ve developed aggressive online marketing tactics to sucker people in. They’ll pay sky-high prices for ads on education-related content, and even split tuition with any site that delivers them an enrollee. There are whole networks of sites devoted to funneling people into for-profit schools. That makes it tough to find an online university without getting scammed. Everyone’s trying to sell you to the highest bidder.

A Yelp For Universities

Ranku solves this by barring all for-profit schools from its online education comparison-shopping site. It only features nonprofit schools. Through curation and Facebook login-based personalization, its goal is to show you the best and most relevant universities. There’s no massive open online classes (MOOCs) or places to dabble in learning. Just schools where you can get a full-fledged online degree that’s an equivalent of what you could get on a campus.

You can search for a specific school or type of program, or browse top universities. Each school’s Ranku page includes info on descriptions of available degrees, price, minimum GPA, application due date, if you get to walk at a physical graduation ceremony, faculty profiles, student testimonials, and links to apply. To let you “know-before-you-go,” Ranku breaks down the features of each school’s online education interface, such as mobile apps, 24/7 access to course materials, face-to-face interaction with faculty via video, and real-time chat.

Ranku’s plan is to become the destination for people researching where to go to school online, and expose which schools actually produce graduates who succeed.

The Business Of Transparency

Ranku was founded by CEO Kim Taylor and COO Cecilia Retelle. Taylor knows how sketchy the space can be from her time working in user acquisition with major for-profit schools including University Of Phoenix. She was also a director at adtech startup Ampush Media, and was in the cast of the Start-Ups: Silicon Valley reality TV show. Retelle was the senior director of education policy at the U.S. Chamber of Commerce. They’ve raised a $120,000 seed round from the New York arm of Ranku’s accelerator TechStars.

They think Ranku can turn traffic from potential students into a serious business. Currently Ranku operates as a software-as-a-service, where client schools pay it to build them richer profiles so they stand out from other universities. Eventually, expect Ranku to look to take a cut of tuition for students it signs up for a school.

Considering people already pay a total of $24 billion a year for non-profit online universities, and big schools spend up to $50 million a year on marketing, even small revenue shares could add up fast. Taylor tells me that 500 more non-profit schools are expected to start operating at scale online over the next two years as long-standing offline schools adapt. 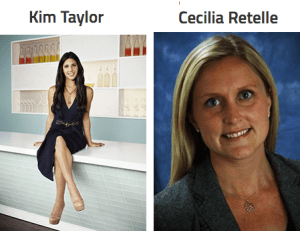 Ranku’s next step should be building out its product to more vividly preview each university’s online education interface with images, as right now it just outlines features in text. Search is a bit janky right now too, and a tool for directly comparing specific schools would be helpful.

Once the product is sorted out, its goal must be to become the first place people go when picking an online school. Not everyone chooses the digital education route, and those that do probably only shop for a school once. That makes it tough to achieve viral growth. The whole for-profit vs. nonprofit school situation is complicated, so it’s harder for the startup to communicate its value.

The startup is battling some very well-funded for-profits that don’t want it to exist. And since most of Ranku’s target users won’t have attended an online school before, they might not realize that the quality of the tech platforms that universities use differ widely, and a comparison site like Ranku is a big help.

What’s undeniable, though, is that education will increasingly happen online, and people will need a way to find the school that’s right for them. With any luck, the world is on an inevitable slide towards transparency, which favors quality.

People shouldn’t pick a school because of a flashy ad, but because its graduates get great jobs. Taylor explains, “Until now, whoever paid the most got shown to most students, but I think we’ll eventually all shop for schools based on outcomes.”