And just like that, OS X is off big cats and onto California locations. The next version of OS X brings a host of new features including tabs in Finder and vastly improved support for more displays.

Finder Tabs allows you to merge multiple windows into one window a la Safari. You can copy files among tabs and swap from tab to tab to see multiple folders and files. This feature, while not especially novel, is a welcomed feature that will eliminate that mess of windows that also seems to populate throughout the day.

With OS X Mavericks, users can also now tag files, no matter where they live. When they are tagged, whether they’re on the computer’s hard drive or in iCloud, they’ll be searchable within the same finder bar.

Mavericks also supports menus and docks on multiple displays, addressing a concern users have had with the previous versions. Displays also offer independent swiping between desktops. Mission control has been super-charged for multiple displays. The new support also upgrades Airplay, allowing HDTVs to also act as a display. 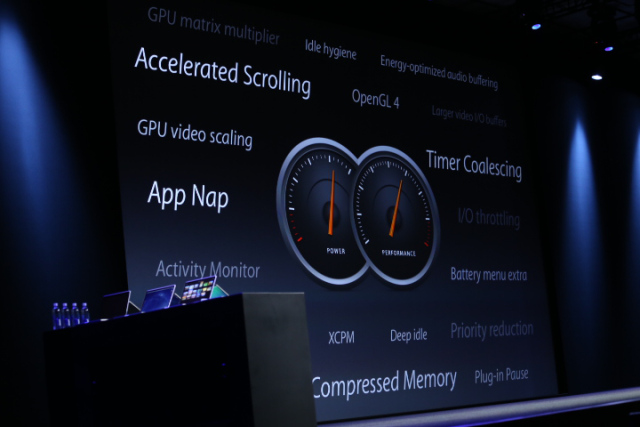 The new OS X also includes new CPU management tools, which, according to Apple reduces CPU usage by up to 72%. Apple also retooled the memory processes and now claims to have utilized a new method that compresses inactive memory into one place, freeing up space in the process. Plus, Apple claims this improves processes like wakeup time by up to 1.5x times.

Apple also rolled out a new version of Safari with Mavericks. The new version of Apple’s web browser is, well, as expected, faster and features better CPU management. 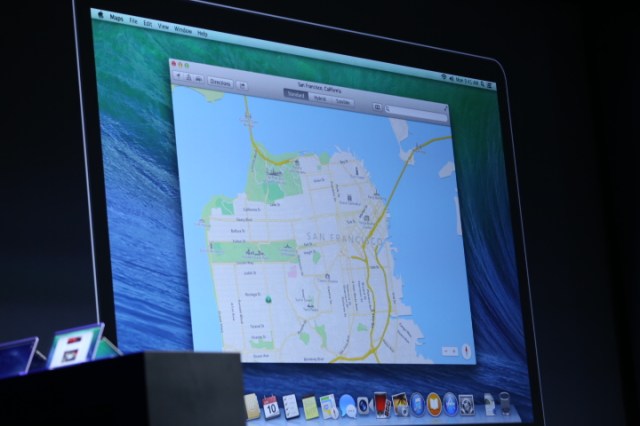 OS X Notifications also got a makeover. Apple moved a lot of the user actions right into the notifacation window. Users can respond to iMessages, emails and other things right from the popup window.
Apple is also bringing Maps and iBooks to OS X. Both are interesting desktop implementations of the iOS apps. They act as standalone apps, but yet feel very web-ish. Maps features directions and easy syncing to iPhones.

OS X Mavericks will be available to developers today with a general release coming in the Fall. No word on the price.