Seriously. When Dots first came out, it felt like half of my team was telling me I just had to play it. “It’s beautiful!”, they said. “It’s so addicting!”, they said.

I, being a grumpy ass gaming snob, wrote it off as the world’s billionth Bejeweled clone.

But they kept pushing.

Eventually, I gave in. Just one round. No big deal, right?

And… yeah, it was no big deal. I played a game or two, sucked at it, and immediately forgot about it for the next week.

By the third lil’ signature tonal ding, someone asked me what I was playing. Within minutes, 3 of the 5 people in the room had it installed on their iPhones. The other 2 were complaining that it wasn’t available on Android (though the company says it’s on the way.) 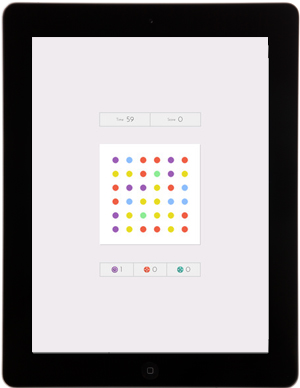 We immediately started battling for the highest score. A week later, I’m still getting texts that say “lol, beat your score”, to which I respond, of course, with a hearty congratulations and a virtual pat on the back. And by that, I mean I fire back some shit talk, forget whatever I was doing before, and set out to best the new best.

Playing Dots by myself did nothing for me. Playing Dots with friends, regardless of the fact that it is (/was) a single player game, had me hooked.

In an update released to the App Store this morning, Dots picked up three important new features: multiplayer mode, iPad support, and a high-contrast mode for color blind people.

Wondering why this matters? I mean, weren’t we already sort of playing multiplayer dots by competing against each other for a highscore?

Sort of — but also, not at all. When you play Dots in its standard single player mode, the level is randomly generated with each play. What you’re playing in your round is completely different from what I’m playing in my round, as is the potential high score. A decent chunk of a high scoring round comes from just getting a lucky draw.

In the new multiplayer mode, every player has the same board. If I rock your score (which I probably won’t. Again, I’m crap at Dots), it’s because I played a better game — not because I got a better layout.

The one downside: as far as I can tell, the multiplayer mode is currently limited to local play. In other words, you’ll have to pass an iPhone around the table — you can’t each be playing the same board asynchronously through the magic of the Internet, just yet. Given how I’ve seen my circle of friends keep the rivalry going from afar, they should probably fix that.

As mentioned, the update also brings iPad compatibility and a more color blind-friendly mode. Don’t expect gigantor dots on the iPad — even on the bigger screen, the actual play field is about the same size as it is on the iPhone, presumably because dragging your finger back and forth all the way across an iPad screen would be pretty terrible.

You can find Dots (free) in the App Store here.

[Disclosure: AOL Ventures invested in betaworks, the company that made Dots. AOL Ventures is owned by AOL, who also owns TechCrunch. I don’t think I’ve ever even met anyone from AOL Ventures, but, as always, I prefer to mention this stuff.] 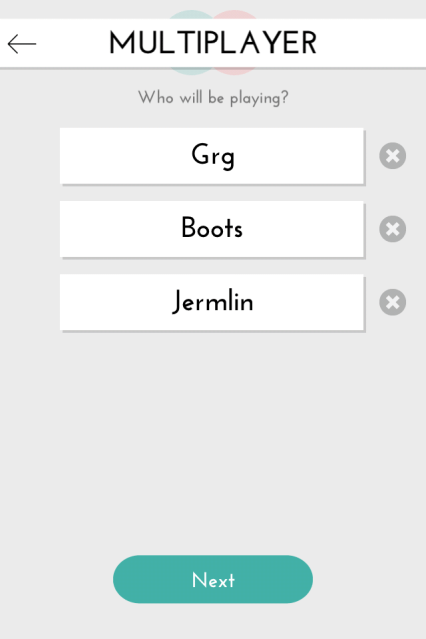