While the world goes gaga for Google Glass, a small startup has come up with an intriguing new take on a device which can display information before your eyes. Instabeat is head-up display unit which attaches to swimming goggles and monitors your heart rate, calories, laps and turns during your swim. It’s been live on crowd funding platform Indiegogo for a few days and is already poised to reach its modest funding target ($29,326 raised, with $35,000 being the goal), meaning the product will almost certainly ship.

While runners have Runkeeper and many other similar apps to track their goals, swimmers have until now been left out of the tracking game. Instabeat scratches that itch with a streamlined device which reads your heart rate via a (patent-pending) optical sensor that can accurately read the heart rate from the temporal artery on the side of your head, without the need for the annoying chest belt. The device has gone through several prototypes and the finished product can be backed for $139, and slated for shipping (to people who backed) it in October. 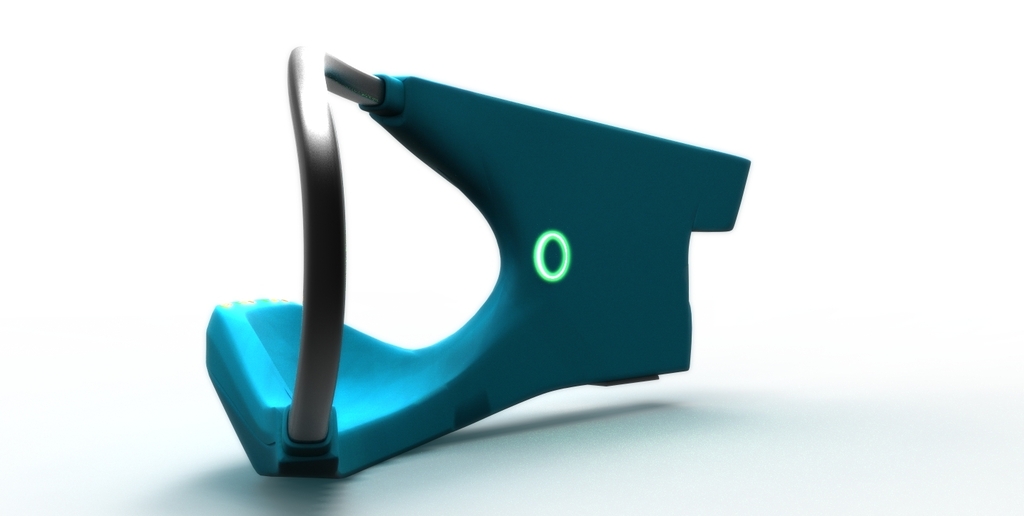 The sensor automatically turns on when the device is placed on your head and projects a color onto your lenses in real-time to know how close you are from your target zone. Each color has three levels to indicate whether you are in the beginning, middle or upper limit of the zone. It also measures your calories, number of laps and flip turns and syncs with a personal online dashboard to track progress over time. Right now that’s via USB port, but later models are planned which will sync wirelessly.

Competing products include Aqua Pulse from FINIS, which reads your heart rate out loud to you – but this does not store data and has no other features. Then there is PoolmateHR from Swimovate, a watch that reads the heart rate with a chest belt and counts laps – but again you have to wear the chest belt which many swimmers don’t enjoy doing.

Ironically Instabeat has been developed out of the Middle East – a region not normally known for its watersports. The sports technology startup is based in Lebanon, and was founded in 2011 by Hind Hobeika out of her personal need for a heart rate monitoring device for her swimming practice.

And as far as we can tell, this is the first crowd-funding campaign out of the Arab world for a physical product.