“Google And The World Brain” is a new documentary about Google’s plan to scan all of the world’s books, which triggered an ongoing lawsuit being heard today. The hair-raising film sees Google import millions of copyrighted works, get sued, lose, but almost get a literature monopoly in the process. It’s scary, informative, and worth watching if you recognize its biased portrayal of Google as evil.

The film is getting wider release as Google continues to fight the Author’s Guild in court today. The organization is demanding $3 billion in damages from Google for scanning and reproducing copyrighted books. Google is asking the court to prevent the group from filing a class-action suit. 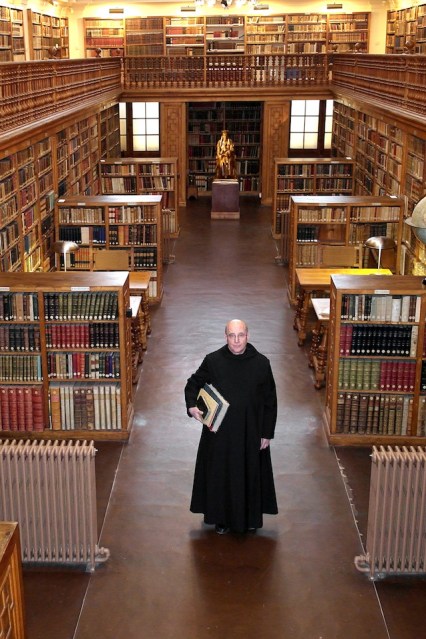 “Google And The World Brain” premiered at Sundance this year, which is where I saw it, but more people finally got to see the documentary yesterday at the Vancouver DOXA festival. From the second it starts, director Ben Lewis’ opinion is clear: Google Books is as an insidious plot for data domination. See, Google didn’t just want to make a universally accessible library. It wanted to use all the knowledge to improve its search and artificial intelligence projects.

The film opens with ominous bass and a high-pitched drones that lead into historic footage of futurist and sci-fi writer H.G. Wells describing the “world brain” as a  “complete planetary memory for all mankind.” But for all its benefits, Wells also warns that the world brain could become powerful enough to displace governments and monitor everyone.

Seemingly innocent, Google approaches university libraries, including Harvard, asking to digitize their books for free. They pitch it as a way to avert disasters like the burning of Alexandria or the flooding of Tulane University’s library during Hurricane Katrina. Gorgeous shots of some of the world’s most prestigious libraries position them as infinitely valuable. Head librarians appear in interviews, giddy with intellectual excitement, and they hastily agree to Google’s offer. Soon 10 million of their books were being fed into secret Google scanning machines.

Google began showing parts of these scans online, and that’s when the backlash started. Six million of the books were under copyright and Google hadn’t attained permission to scan or reproduce them. In 2005, The Authors Guild and the Association of American Publishers filed lawsuits claiming Google was essentially stealing the books. Libraries began to turn on the search giant. 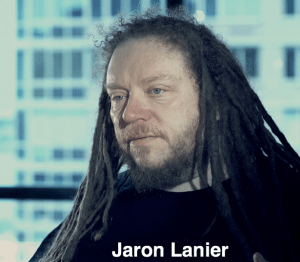 Internet scholar Jaron Lanier explains “A book is not just an extra long tweet,” and others begin to speculate that Google wants to hoard the books primarily for its own purposes, not to free and preserve their information. The reveal of the film’s thesis would have been more shocking and perhaps better received if it hadn’t been so blatantly foreshadowed.

After three years, the plaintiffs settle with Google for $125 million, but within the 350-page court document are shady stipulations that Google now has the exclusive right to sell scans of any out-of-print book it’s digitized — even copyrighted ones. The film labels this as a “monopoly on access to knowledge.” It asks “do we want the universal library in the hands of one company that can charge whatever they want?”

The documentary’s climax centers around New York District Court Judge Denny Chin’s choice of whether to approve the settlement or not. The director does a remarkable job of making it seem exciting by positioning the outcome as one man’s decision about the fate of all knowledge.

[Spoiler alert if you didn’t read the newspapers in 2011]: Scored by a barrage of victorious brass music, Judge Chin announces that he rejects the settlement, preventing Google’s supposed “monopoly,” and all the interviewed pundits rejoice.

Google And The World Brain ends on a harrowing note, though. Even if Google can’t reproduce or sell the copyrighted works it scanned, Google Search and its artificial intelligence initiatives have already sucked up all the knowledge. As a Google engineer told author Nicholas Carr, “We’re not scanning all those books to be read by people. We’re scanning them to be read by our AI.”

The film is a bit sensationalist, and takes several detours to explore things like whether scanning books in English is an assault to classical European languages in which classic works were originally written. And for all of Google’s faults and audacious ambitions, it’s doing a lot to democratize access to knowledge and make the world a better place.

Still, the documentary condenses a fascinating question about who owns information and the long battle for the answer into quite a stimulating 90 minutes. You might leave feeling a little more afraid of Google than before, especially if you don’t take the more heavy-handed fear-mongering with a grain of salt. But at the very least, you’ll stand up reaffirmed that Google is destined to change humanity in ways much larger than it does today. 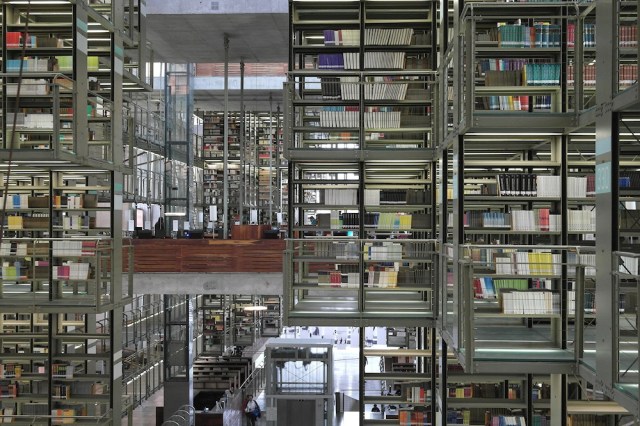