So far, the Pebble smart watch has done little besides offer up watch faces for users to tinker with, but the apps are starting to come in, and today marks the much-anticipated debut of early marquee partner RunKeeper. RunKeeper was an early player in the smartphone-based activity tracker market, and continues to be an industry leader. It was a natural partnership for both Pebble and RunKeeper, and now consumers get to see what the two can do together.

The new Pebble RunKeeper integration works with both Android and iOS apps, and provides the same functionality for both. RunKeeper CEO Jason Jacobs says that his company is very interested in the wearable tech market, and he believes that the key to cracking open a much broader audience for fitness and health tracking tech could be gadgets like the Pebble, which make it even easier to access and use information gathered by tools like RunKeeper.

“What’s really exciting for me is that what people were expecting was that it just makes it easier to have a RunKeeper controller on your wrist,” he said, describing the experience of the Pebble integration’s early beta testers. “But what they’re finding is not only can it do that, but it’s actually more powerful than an app because it’s starting to change the way they’re interacting with the data, it’s more seamless to their experience, it’s not disrupting their flow.”

Jacobs says RunKeeper’s thesis as a company is that that’s exactly what needs to happen in order to help this kind of activity tracker technology find wider purchase among a mainstream audience. “The data needs to be more actionable, and it needs to be proactively given to you so that you don’t need to hunt and look for it,” he said. The Pebble is a good way to achieve that, since it can surface any data that a smartphone, either Android or iPhone, can gather on its wrist-mounted display.

On the Pebble, RunKeeper will display pace, speed, and distance travelled and offer workout start and stop features. It can work with runs, and also bike rides and walks, and does everything most will need to get a lot more out of their smartphone supported workouts right away. It offers RunKeeper a way to compete with wearables like the Nike+ GPS sport watch, all the while allowing them to focus on the tech they do best, leaving hardware to more specialized partners.

“The software is really hard, and we think it’s a really big opportunity, and we want to be the best at the software piece,” Jacobs explained. “Part of that is pushing the phone’s capabilities so that you don’t need hardware, but part of that is also playing nice with all the best of breed hardware that comes out. In terms of being that best of breed hardware ourselves, it’s not in our roadmap or aspirations. It is in our road or aspirations to be a good neighbour.” 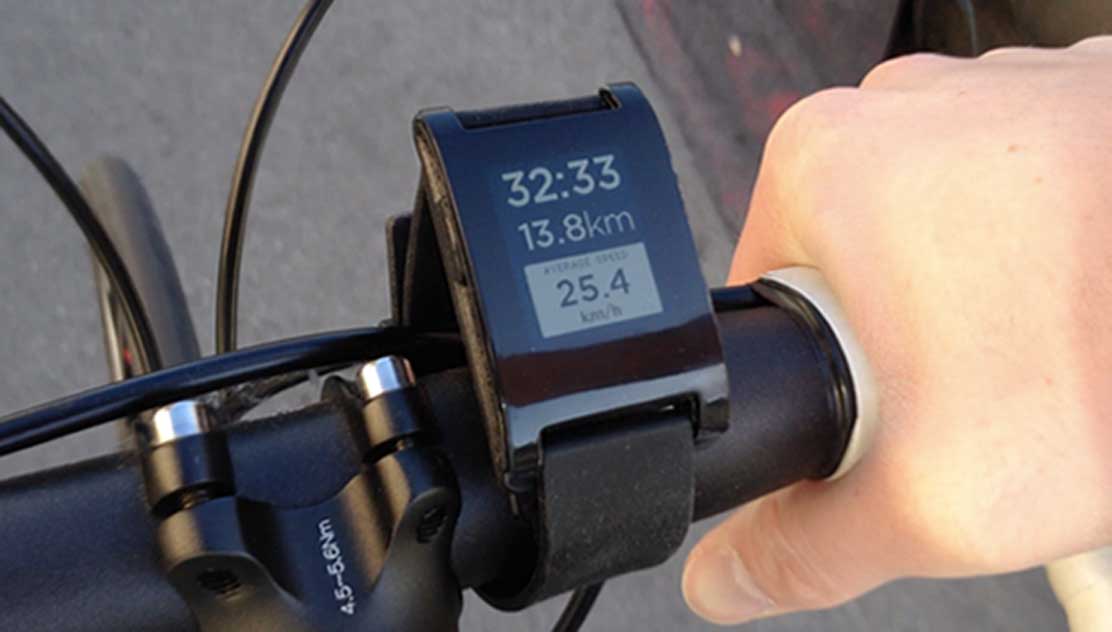 This version of RunKeeper for Pebble is just a start, Jacobs says, noting that during the development process they realized they could add in much more, like setting pace on the smart watch, setting distance targets and more. RunKeeper also worked closely with Pebble to get this particular integration developed, and says we’ll see similar UI elements used as other fitness tracking apps come on board. Future work could go into helping RunKeeper differentiate its experience further as the development ecosystem for Pebble progresses.

Jacobs leads me to believe that RunKeeper will be opportunistic about partnerships with hardware companies and other software efforts operating in the same general space, and this Pebble partnership is just one part of a larger strategy to try to find the key to cracking the mainstream market with a product that, while successful, has had more niche appeal up until now. The Pebble is also arguably a niche product, but taken together, it’s possible two things aimed at a very specific audience could combine in just the right way to attract a much broader following.