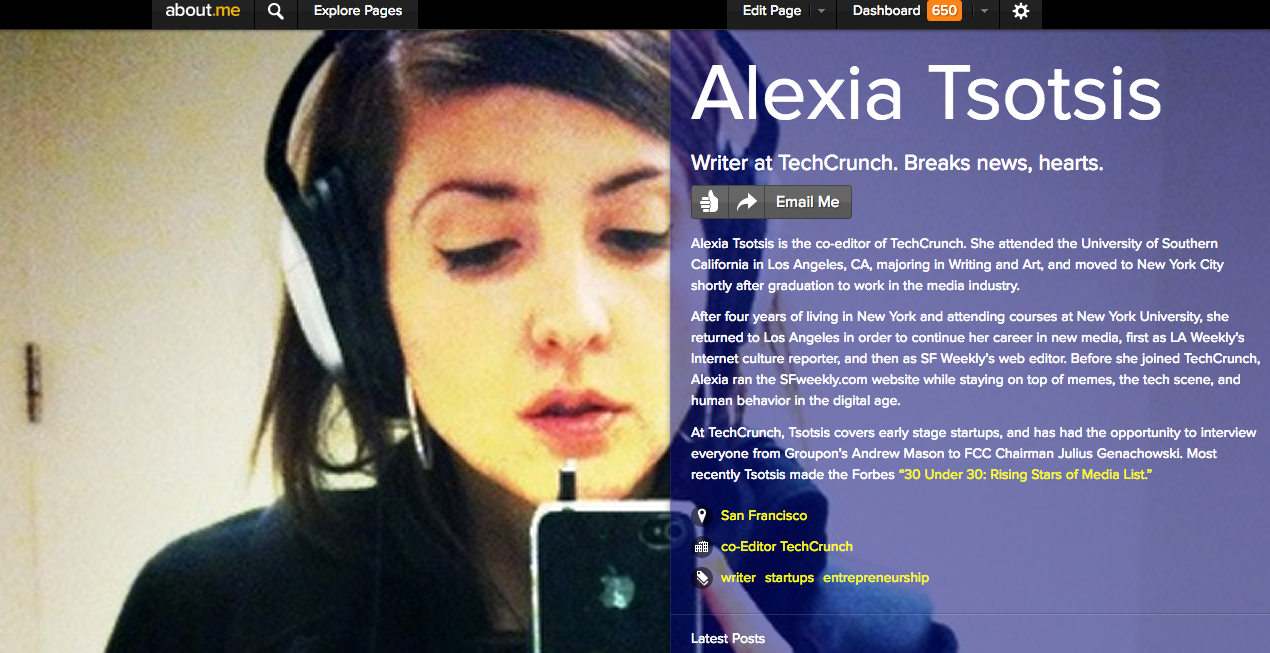 And get this, there’s more: Lead about.me investor Kevin Rose was also a co-founder of Wefollow (though hasn’t been involved in the project since 2010), and about.me co-founder Tony Conrad was the lead investor in Rose’s Milk — which sold to Google and eventually staffed up Google Ventures. No conflict, no interest.

Right now Wefollow is a discovery tool which allows people to search for Twitter users based on interests. And about.me is a profile creation platform about to double down on its own user search, which is also based on interests. So a merger makes sense, vision-wise. “As more and more people use the search tool to find and get to know other about.me users,” Conrad tells me,”It’s super important to serve up the right results algorithmically.”

Wefollow’s technology will be used to refine the order in which users will show up in search and its prominence scores will eventually be incorporated into the about.me product. 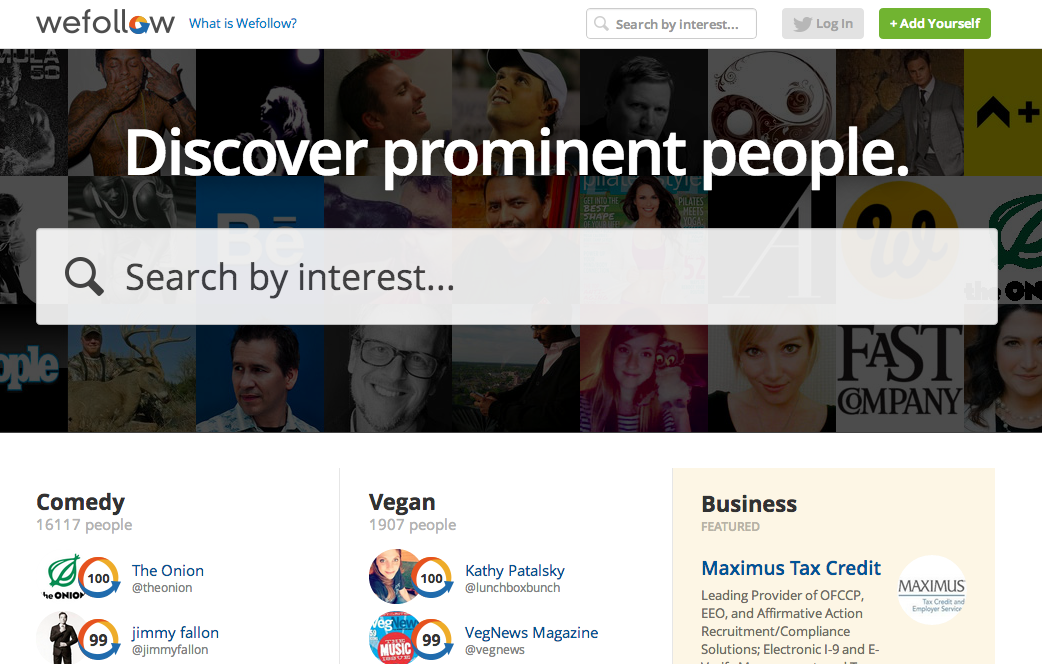 “Wefollow’s goal is to be on the receiving end of any search for a person known for something,” Wefollow co-founder Jeff Hodsdon says, on why the two products are strategically sympatico, “about.me’s primary goal is to provide context of a person describing who they are with a single page. Which they do beautifully.”

“One great thing Wefollow does is expose lesser known people in niche interests that are starting to come online,” he continues, “People known in their respective interests that are much smaller than whats in our tech world. e.g. Florists, Falconry, Cabinetry, Metal Working, Timelapse Photography, etc. Wefollow is a good directory but doesn’t do people justice like an about.me page does when you land on the person you’re looking for.”

Wefollow had been generating revenue at the time of its acquisition, through a “cost per follow” and featured placement functions. “People are willing to pay to promote themselves in their respective interests. And that is an obvious fit with about.me,” Conrad asserted.

Neither company would disclose the terms of the deal, but about.me has raised $5.7 million from True Ventures, SoftTech VC, Google Ventures, CrunchFund* and others to take the road less traveled by and go it alone sans Aol. Conrad eventually views the platform as a place where people will establish themselves with an eye towards “calls to action,” and aims to compete with Facebook Graph Search, Google and a slew of other products to define your Internet identity or as Conrad puts it, “provide the best set of tools to present yourself on the web.”

And eventually, with Wefollow’s help, the best way to search for what’s been presented.

*Disclosure: Crunchfund, you know the drill.