Love Home Swap, a U.K.-based startup that appeals to homeowners that want to trade their places, is getting into proper rentals.

The company, which launched about a year and a half ago, was operating on a member subscription model. People would pay to get access to a network of homeowners that were open to swapping residences across 150 different countries, plus a travel team, personal concierge and travel guides.

Now the company, which just raised $1.3 million from MMC Ventures, is offering rentals along with swaps. Swaps are, of course, free to members. With rentals, Love Home Swap will take a 12 percent service fee. If you’re a gold member, it’s 11 percent and for Platinum members, it’s 10 percent. On the hosting side, the company will take a 3 percent service fee, which drops to 2 percent for Gold members and 1 percent from Platinum members. Love Home Swap also pairs each transaction with an insurance policy from Hiscox to protect members against damages or theft.

Rentals are a natural move for the company, as nearly two-thirds of members said they would be interested in rentals. It adds a different revenue model to the subscription business. Normally, Love Home Swap charges anywhere from roughly $15 a month to $42 per month to belong to its club, depending on the tier of service you want. At the top level, they get a concierge service that helps with restaurant and flight bookings.

That business has helped Love Home Swap grow revenues by 37 percent and triple traffic since funding was closed in December of last year. The company just acquired 1stHomeExchange, to add 23,000 listings.

Love Home Swap doesn’t really consider itself a direct competitor to San Francisco’s Airbnb. It positions itself as a service that caters to higher-end customers that are a bit older, own property and have the ability to go on holiday more often. The company points to listings like a six-bedroom house in Koh Samui, Thailand or a five-bedroom chateau in Brittany.

The average age of their customer is 46 and they’re predominantly female. It’s split 50 percent between families while 21 percent are couples with no kids and 18 percent are empty nesters. The rest are independent travellers. About a third of the properties on the site are vacation homes, not primary residences.

Another competitor in an even higher tier of the market is Inspirato, which charges around $17,500 to join, plus $3,000 per year. They rent luxury properties that they let out for a few hundred dollars per day to a few thousands to members. OneFineStay is another higher-end competitor too.

The 12-person startup has raised $2.4 million to date. 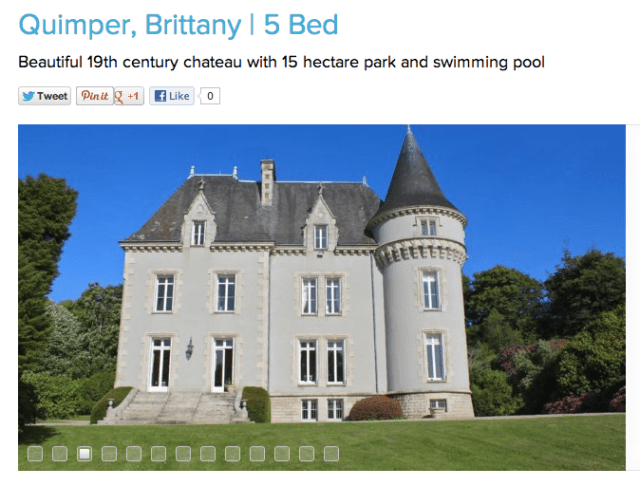