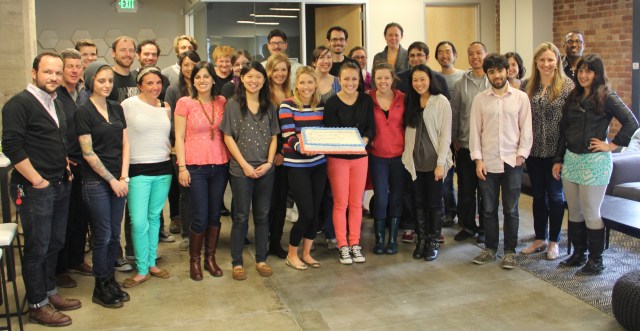 Editor’s note: Danae Ringelmann is a co-founder of Indiegogo. Prior to that, she was a securities analyst at Cowen & Co. where she covered entertainment companies, including Pixar, Lionsgate, Disney and Electronic Arts. Follow her on Twitter @gogoDanae.

Happy Anniversary! One year ago, U.S. lawmakers joined together with overwhelming bipartisan support to pass the JOBS Act. It was an exciting moment in history — one that my co-founders and I at Indiegogo didn’t expect to see for many years, especially not within just five years of launching our perks-based crowdfunding platform in 2008.

While the Securities and Exchange Commission’s rule-setting period has taken a bit longer than originally hoped and thus equity crowdfunding is taking longer to introduce than the Act anticipated, we’re quite pleased that the SEC is taking the process seriously.

Striking a balance between the need for regulation and the danger of over-regulation is tricky. Too little regulation could lead to risky behavior — while too much regulation could stifle innovation and competition, and actually block the very economic activity equity crowdfunding is poised to create.

Crowdfunding rose into the mainstream long before the JOBS Act was passed. Since the launch of our perks-based approach to crowdfunding over five years ago – where entrepreneurs, artists and causes raise money in support of their dreams online by offering perks to funders — hundreds of other platforms have followed suit across the world.

When equity crowdfunding is introduced and allows funders actually to own a piece of the new businesses, pro-JOBS Act platforms like perk-based incumbents Indiegogo and Rockethub, or new equity-only players like Crowdfunder, will need to innovate by developing and testing new procedures that are safe, robust and customer-driven. As this is the first time equity crowdfunding will be possible in the Internet age, platforms need the opportunity to experiment, learn and build what customers actually need and want — rather than what regulators might think customers could want. Too much regulation could simply stifle the innovation required to make equity crowdfunding work.

Too much regulation could also reduce competition and lock out smaller equity crowdfunding platforms from launching, as burdensome regulation would make it expensive to get off the ground. Ironically, this would benefit well-resourced incumbents like us. But this is not what we would want.

Indiegogo Perspective on the Risk of Over-Regulation

For Indiegogo, we have a healthy and growing perks-based business and do not need equity crowdfunding to happen. That said we’d be disappointed if equity crowdfunding never has the chance to realize its innovation potential. The concept of equity crowdfunding is 100 percent in-line with our mission to make finance efficient and fair — removing gatekeepers from interfering with making dreams come true. We’ve innovated and developed an algorithm-driven platform in order to deliver a gatekeeper-free experience on our trusted perks platform. It would be disappointing — for example — if regulation somehow required us to put the gatekeeper back into the process, thus stifling our innovation and ability to make finance efficient and fair.

We’d also be disappointed if the regulation killed our competition, leaving us the sole player. As an equal opportunity platform, we’d defy our entire reason for being by hoping for a competition-free world.

Indiegogo pioneered crowdfunding as a way for people to fund what matters to them — whatever that might be. We don’t curate. We don’t judge. There are no gatekeepers on Indiegogo. We believe every idea (as long as it’s legal) deserves the right to connect with its audience and see if its audience is willing to fund it.

As a result of our inclusive approach, unique ideas — creative, cause and entrepreneurial — are coming to life through crowdfunding on Indiegogo as I write. They include the Breathometer that turns a smartphone into a breathalyzer, the athletic bag company Activyst that supports girls sports programs across the world, and the band  Avasa & Matty, a husband-wife duo working on their next album. Even the world’s first baby was crowdfunded last year. (The campaign helped a family pay for in-vitro fertilization). These ideas are not alone. Every week, Indiegogo distributes millions of dollars in four currencies to campaigns in every country.

Given we aren’t in the business of curation, we want to empower as many people around the world as possible. Nothing proves this better than the fact that we not only allowed, but often recognized that we had another crowdfunding platform use Indiegogo to raise money to launch.

So if the rules were up to us, given our inclusive approach and equal-opportunity philosophy, we would opt for a more open environment where platforms could innovate and compete freely to prove themselves superior, even if that meant more competition for us.

Despite Delays, Crowdfunding Continues To Grow

At Indiegogo, we’re excited to see the SEC release the rules. However, even without equity crowdfunding, new businesses have continued to thrive on Indiegogo. In the last year since the JOBS Act passed, more than 15,000 entrepreneurial campaigns raised money on Indiegogo in the U.S. alone.

Businesses like the first package-free grocery store In.gredients raised $15,000 to open its doors. Due to the market validation from crowdfunding, now traditional financiers are calling the team to ask how they can help the business expand. Innovative products like the 1:Face Watch, raised more than $357,000 to bring their watch to market, while giving people the opportunity to support the cause of their choice. Due to the risk-mitigation benefits of crowdfunding, the team didn’t face the risk of overproduction or underproduction.

Shareconomy ventures like the mobile canning service for craft brewers The Can Van also benefitted by garnering publicity they never could have imagined through their campaign. Due to social media integration, crowdfunding helped this team turn supporters into grassroots marketers overnight.

These job-creating endeavors and their entrepreneurial neighbors on Indiegogo received money from more than 200,000 people across all 50 states who voted with their dollars to bring these ideas to life. This clearly demonstrates how crowdfunding provides a catalyst not just for funding, but for traction, awareness and market validation as well.  I wonder what the numbers would be when equity is part of the picture — when the JOBS Act turns two. Exciting times are ahead. History in the making.