Today, Amazon has announced the acquisition of social reading service, Goodreads. Specific terms of the deal weren’t disclosed and it should close by the end of Q2.

Goodreads had raised $2.75 million in funding from the likes of True Ventures since launching in January 2007. When we talked to them last August, the site had over 10 million members and had catalogued more than 360 million books, adding 22 million each month. Now, the site boasts over 16 million users.

This type of social integration could give Amazon a major advantage over e-sellers like Apple, who have no social components to their product whatsoever. With people actually discussing and sharing the books that they’re into, having an Amazon direct connect makes complete sense. The site can offer special deals to Goodreads users, which in essence is now Amazon’s book-reading social network.

Here’s a look at the spike in books added per month in a graph from last August. With a connection to Kindle, those numbers will skyrocket: 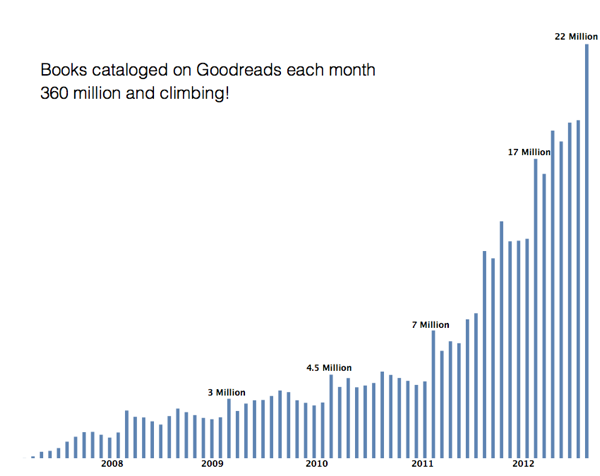 Amazon VP of Kindle content, Russ Grandinetti discussed how important this integration could be for its e-book division:

Amazon and Goodreads share a passion for reinventing reading. Goodreads has helped change how we discover and discuss books and, with Kindle, Amazon has helped expand reading around the world. In addition, both Amazon and Goodreads have helped thousands of authors reach a wider audience and make a better living at their craft. Together we intend to build many new ways to delight readers and authors alike.

Goodreads’ CEO and co-founder Otis Chandler discussed the acquisition and the opportunity for the site to infuse some social elements into Amazon’s bookselling strategy:

Books – and the stories and ideas captured inside them – are part of our social fabric. People love to talk about ideas and share their passion for the stories they read. I’m incredibly excited about the opportunity to partner with Amazon and Kindle. We’re now going to be able to move faster in bringing the Goodreads experience to millions of readers around the world. We’re looking forward to inspiring greater literary discussion and helping more readers find great books, whether they read in print or digitally.

Goodreads has also posted its own note on its blog, going a bit deeper into why the deal makes sense and making it clear that Kindle integration is a top priority, as it’s something that users had been asking for. Chandler said: 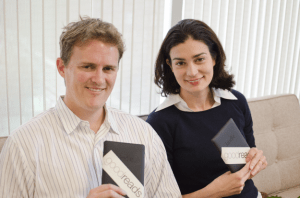 I’m excited about this for three reasons:

1. With the reach and resources of Amazon, Goodreads can introduce more readers to our vibrant community of book lovers and create an even better experience for our members.

2. Our members have been asking us to bring the Goodreads experience to an e-reader for a long time. Now we’re looking forward to bringing Goodreads to the most popular e-reader in the world, Kindle, and further reinventing what reading can be.

3. Amazon supports us continuing to grow our vision as an independent entity, under the Goodreads brand and with our unique culture.

In addition to bringing more social to Amazon, Goodreads has built some recommendation technology over the years, which is something Amazon always froths at the mouth for. 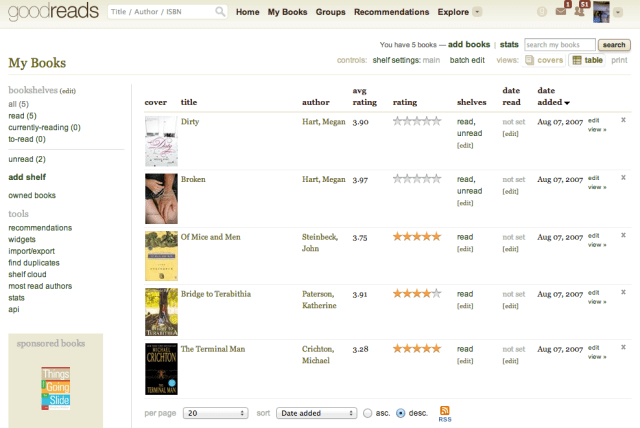 The closest that Apple has come to socializing the sale of digital goods was Ping, its music “social network” that never took off and died last October. If Amazon were to acquire sites like Goodreads for each massive vertical, the company could really ramp up reviews, suggestions and of course, sales. The amount of data that Goodreads has on its users alone makes the acquisition a slam dunk. People love to talk about books, people are creating groups on Goodreads to discuss the books they read, and that means everyone has to buy the book to participate.

Apple recently got into promoting self-published authors, which is another area where social can really kick up sales for Amazon.

The company also shared an interesting stat, which might have sealed the deal for Amazon:

In the last 90 days, Goodreads members have added more than four books per second to the “want to read” shelves on Goodreads.

With over 16 million users? You do the math.