The Internet is full of experts with no one reading their insights. It takes a lot of work to build a following. So today Quora launches a blogging platform that automatically distributes posts to its Q&A site users who follow related topics. Thanks to its upvote system, home page feed, and a new mobile text editor, anyone with something brilliant to blog, even first-timers, can find a readership.

Last month, Quora’s co-founder Adam D’Angelo announced that his company was planning to expand beyond questions and answers to accomplish its mission to share and grow the world’s knowledge. D’Angelo didn’t say exactly how, but noted

“The internet was supposed to allow anyone to set up a web page and share their knowledge with the world. But in practice it’s too difficult and takes too long and almost no one does it. Blogs are easy to start, but unless the author is famous, it takes years to build a following. More than a billion people use the internet yet only a tiny fraction contribute their knowledge to it.”

That led me to predict it would launch a blogging platform that offered authors access to its highly-engaged readership. It made sense since Quora was already driving huge view counts of high-quality answers — essentially orphan blog posts. Quora tells me active writers get over 30,000 monthly views and 350,000 annual views. Its most hardcore contributors can get over 1 million views a year, and most great answers go viral and gets tens of thousands of reads. Bringing that audience to both novice and veteran bloggers looked like a natural evolution for Quora.

Seems I was right. You can check out what a Quora blog post looks like by checking out TechConstine, my new Quora Blog.

Starting today, Quora users can create as many blogs and posts within them as they like. From the web or mobile, they can express themselves through rich text editors and embedded images. Authors can tag their posts or entire blogs with any of Quora’s 300,000 topics that are relevant to their content. Then other Quora users who follow them, their blog, or most importantly any of the tagged topics may be shown relevant blog posts on the Quora home page feed. The more upvotes, comments, and shares a post receives, the more people it will be distributed to.

Quora blogs also serves as the replacement for Quora Boards, which let people post non-Q&A content and were often used as an ad-hoc blogging platform. It’s unclear how Quora Blogs relates to its old Posts feature, which Brittany Darwell points out has long allowed for non-Q&A publishing on Quora. Blogs may either replace it or serve as a more heavyweight version.

Quora big wig Marc Bodnick believes the startup has some tricks up its sleeve to beat traditional blogs with standard subscribers. He tells me old Quora Blog posts that get upvotes can suddenly pop back into the feed making them “evergreen and re-discoverable. That’s a big advantage of our blogs over any other blogging or social media platform  where a few days after a post is written it’s gone.” Quora also knows exactly who wants to read what since to the topics people follow. That means you could post about completely different topics from day to day, and it will deliver them to targeted audiences. This way a tech writer like me could post about comic books and have it read by superhero fans. That same post would have fallen on deaf ears if shared with my tech-focused Twitter followers.

Quora is also using today’s launch to demonstrate its dedication to mobile. Bodnick tells me over 25% of the site’s traffic and much of its great content comes from mobile. To date, though, most mobile text editors only offer plain text editing, which makes them second-class publishing platforms to a full-sized computer. Today Quora debuts its new mobile rich text editor that gives full control of formatting and photos to allow for expressive mobile blogging and answering. 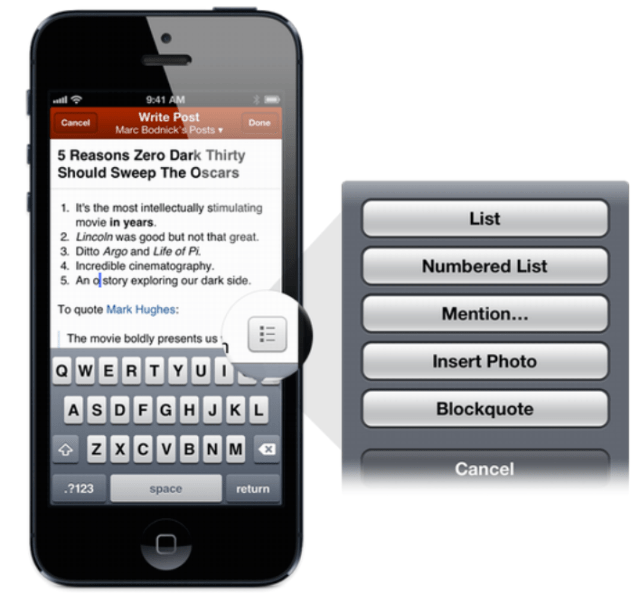 Quora’s new blogging tools will appeal to two demographics. The first are people without any web celebrity already. Quora’s Kah Keng Tay writes that Quora blogs suit people who “(1) don’t have a big, established online presence already and (2) don’t want to do the time-intensive, heavy lifting of marketing their blog and slowly building an audience. If you are a good writer but don’t have thousands of Twitter followers or a big audience for your blog, Quora is an ideal place to write. ” 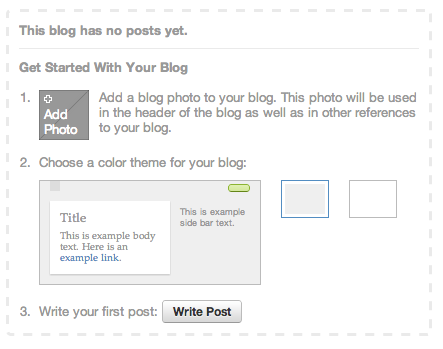 The other group will be established bloggers who just want some extra distribution. They won’t be able to show ads on their Quora blog like they might on other platforms, but could help them access an intelligent audience where they spend their time. The only risk is that non-Q&A content dilutes the Quora feed and turns off regular readers. Since only smart posts with upvotes will be shown in the feed, though, I don’t see this happening. Attracting and retaining authors will be the real challenge for the Quora blogging platform.

The launch pits Quora against new Obivous Corp company Medium, which also aims to offer distribution for great writing, no matter how many Twitter followers the author has. It could also pave the way to monetization — something Quora hasn’t started doing yet. Now that there’s more than just Q&A in the feed, Quora could slip ads into the stream in the form of Sponsored Posts. For example, an blog post  by special effects expert about the tricks used in new Batman movie could be be sponsored by Warner Bros to drive interest in the film.

Overall, Quora Blogs could revitalize the company. Growth hasn’t been stellar and co-founder Charlie Cheever recently stepped back from daily operations. Getting average joes and big-name writers promoting their Quora Blogs could bring an influx of readers to Quora’s incredible collection of knowledge.

Create your own Quora Blog here, or visit mine to give it a whirl. *drum roll* it’s called TechConstine.