After the communication breakdown over surge pricing last New Year’s Eve, Uber is taking precautions to make sure users are aware of fare increases next week. Surge pricing has become more common now among Uber users but when fares increase dramatically, it catches consumers off guard. So to prevent any surprises. Uber customers will be alerted to the surge pricing multiple which they have to confirm and accept before making any request for a ride.

Uber says that when there are extreme spikes in demand on the evening, customers will also have to take Uber’s “Surge Sobriety Test.” And Uber’s Fare Estimator will give all customers the ability to estimate their fare prior to any ride request.

Uber warns in a blog post: It’s going to be a crazy night and Ubers are going to be pricey, so here are a few pointers to keep in mind.

The fare estimate feature will only be available for the iPhone app, unfortunately. And all riders will need to accept the fare multiplier before finalizing a booking. Uber says the average surge multiple will be about 2 times normal prices, during the worst times (12:30 AM until 2:45 AM), but prices during extreme spikes could cost you $100 before time and mileage charge.

Uber clearly learned its lesson from last year, when users were caught off guard by steep prices caused by surge pricing. For example, one user was charged $75 for a two-minute car ride. With the sobriety test, and fare estimator, the company is giving users all the information they need to decide if a pricey car ride is worth the splurge. The sobriety test is particularly interesting, and I wonder if this will become more widely used in the app. 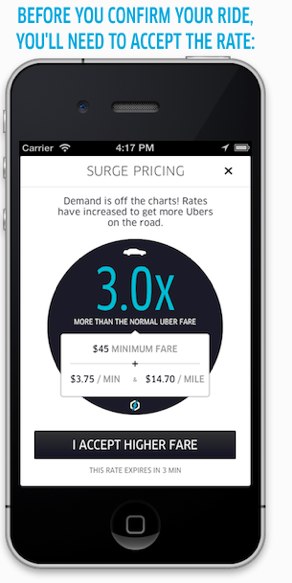 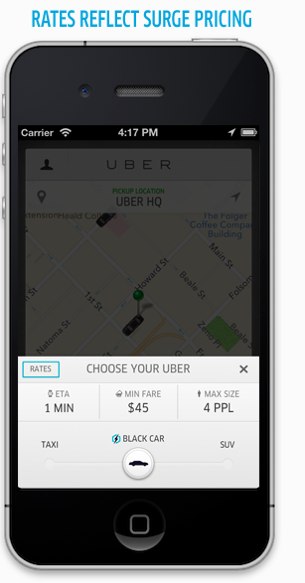