There is a lot of buzz about an ongoing “Series A crunch” for tech startups, but it’s ideal to have real data to accompany all the anecdotal stories. So we were glad to see that today, venture capital analysis firm CB Insights released a new seed financing report that digs into some real numbers about the situation.

The good news? The level of Series A funding is actually holding steady, not declining, according to the research. The “crunch” is perceived because of the boom in seed funding, which has brought a greater quantity of startups to the table looking for Series A funding than there had ever been before. Essentially, it’s a supply and demand issue — the supply of Series A money has not fallen by any means, but the demand for it from seed-funded startups is just incredibly large right now.

The bad news? This still means that a lot of startups that are around today will be abandoned by the investment community at the Series A stage. CB Insights projects that between 1,000 to 4,000 recently-funded companies that have raised in excess of $1 billion in total at the seed stage will be “orphaned,” as in unable to raise follow-on financing, at the next level.

They reached this conclusion by analyzing several years’ worth of historical data. Looking back, CB found that around 40 percent of seed-funded startups fail to attract Series A money. There’s been a huge uptick in seed financing activity in recent quarters — which means that there will be a bigger number of startups that will end up on the sidelines in terms of follow-on funding over the next year or two. 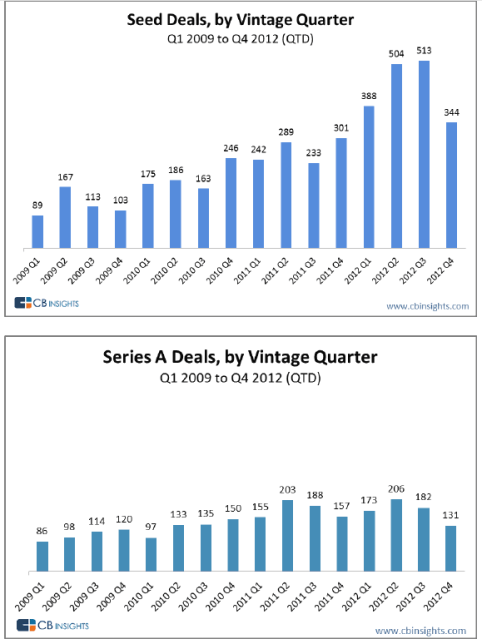 But, as anyone who has seen Annie knows, being orphaned does not mean that you’re out of hope. CB is quick to point out in its report that “not all orphaned startups die.” If they have started generating enough cash to maintain operations on their own, they can stick around for the long haul — they can stay independent, or attract acquisition interest.

Another interesting takeaway from CB’s report is the location of companies that receive follow-on funding. While California not surprisingly has the largest number of seed deals, it’s startups that are in Massachusetts who tend to most reliably secure a Series A round. At least all those abandoned startups have the California sunshine to keep them warm. 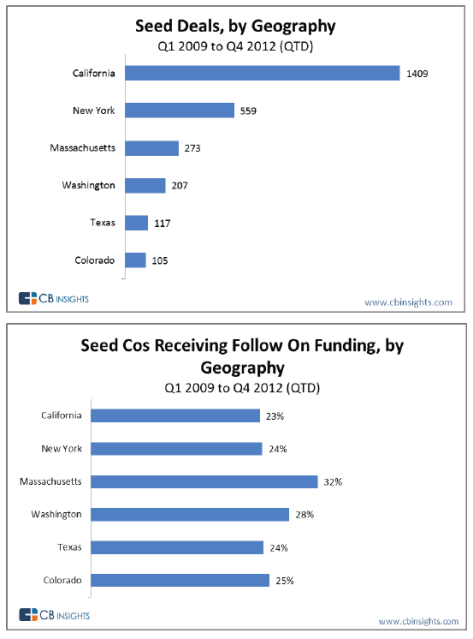