The new iMac all-in-one desktop computer from Apple goes on sale today, and it includes a significant hardware redesign. Apple has cut bulk and thinned out the edges with a tapered design that is only 5 mm thick at the edge. Leaving aside what’s new under the hood, the case itself is impressive enough that it merits a good look. Here’s what the new 21.5-inch version of the iMac looks like, and how it stacks up to other Apple hardware, past and present. 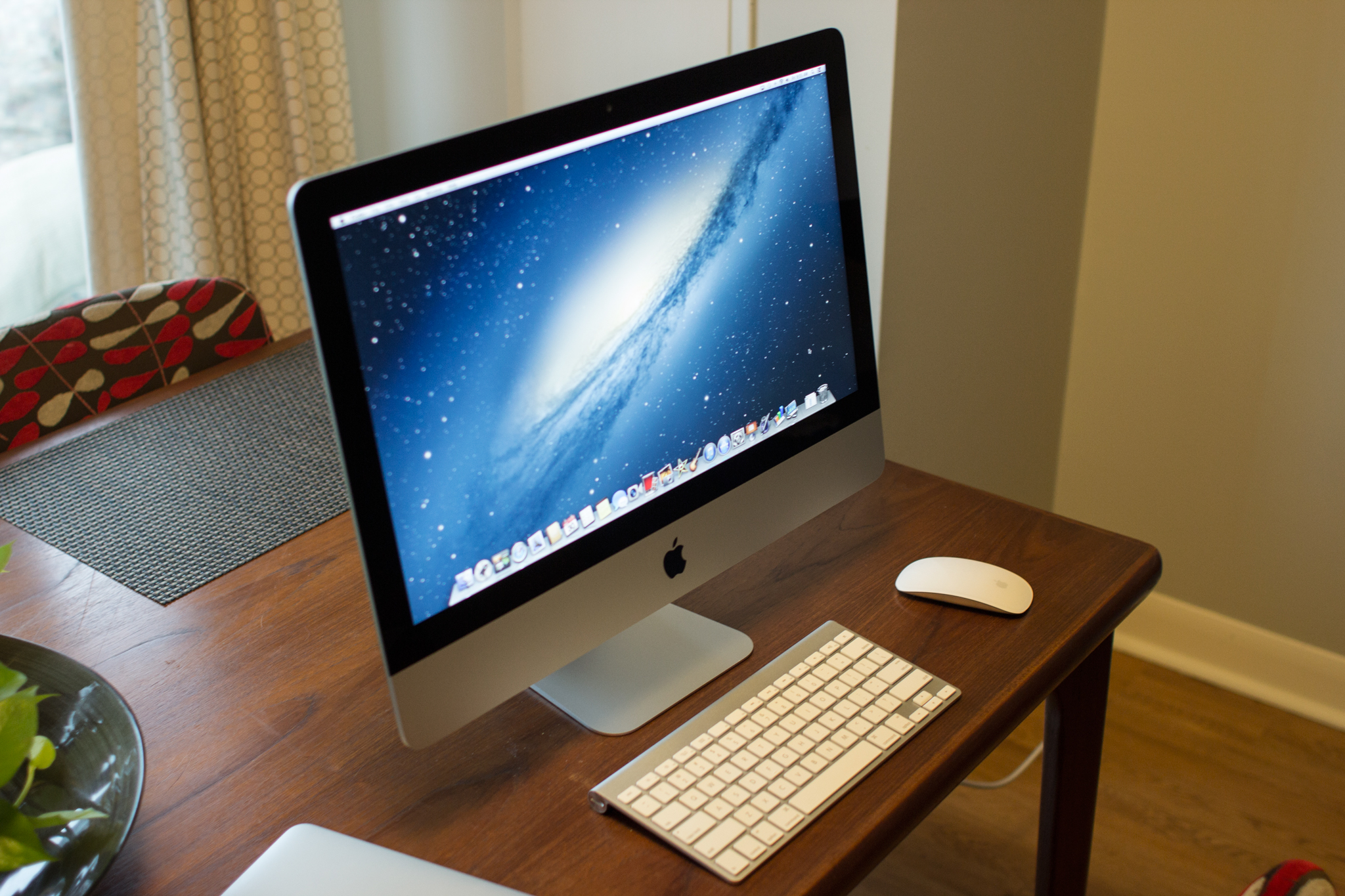 21.5-inch 2012 iMac, front view. It’s hard to tell in pics, but the screen is very impressive. Images sit so close to the glass. 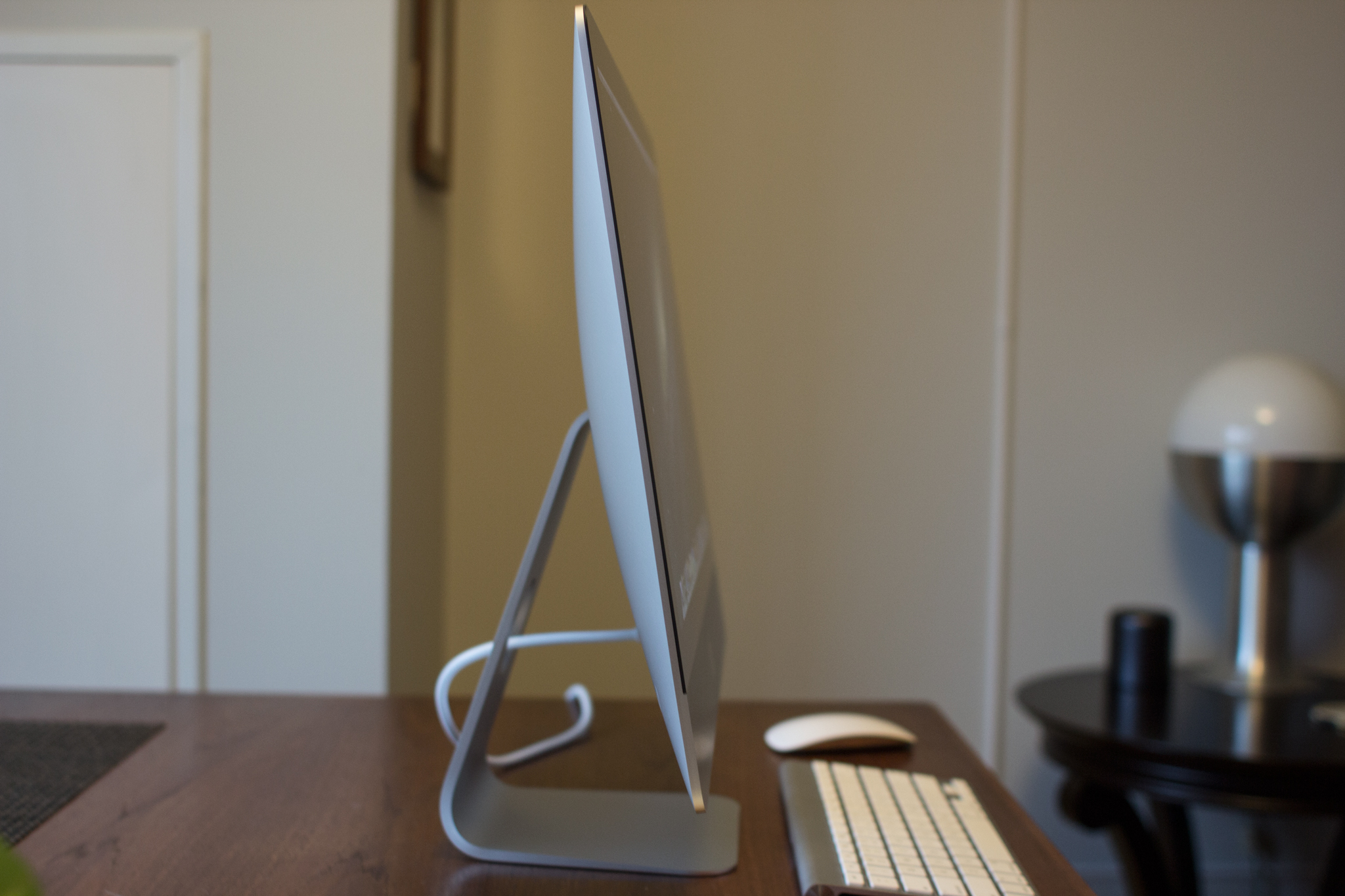 21.5-inch 2012 iMac, side view. you can see here how it tapers out to a relatively thick point where the hinge attaches to the stand. 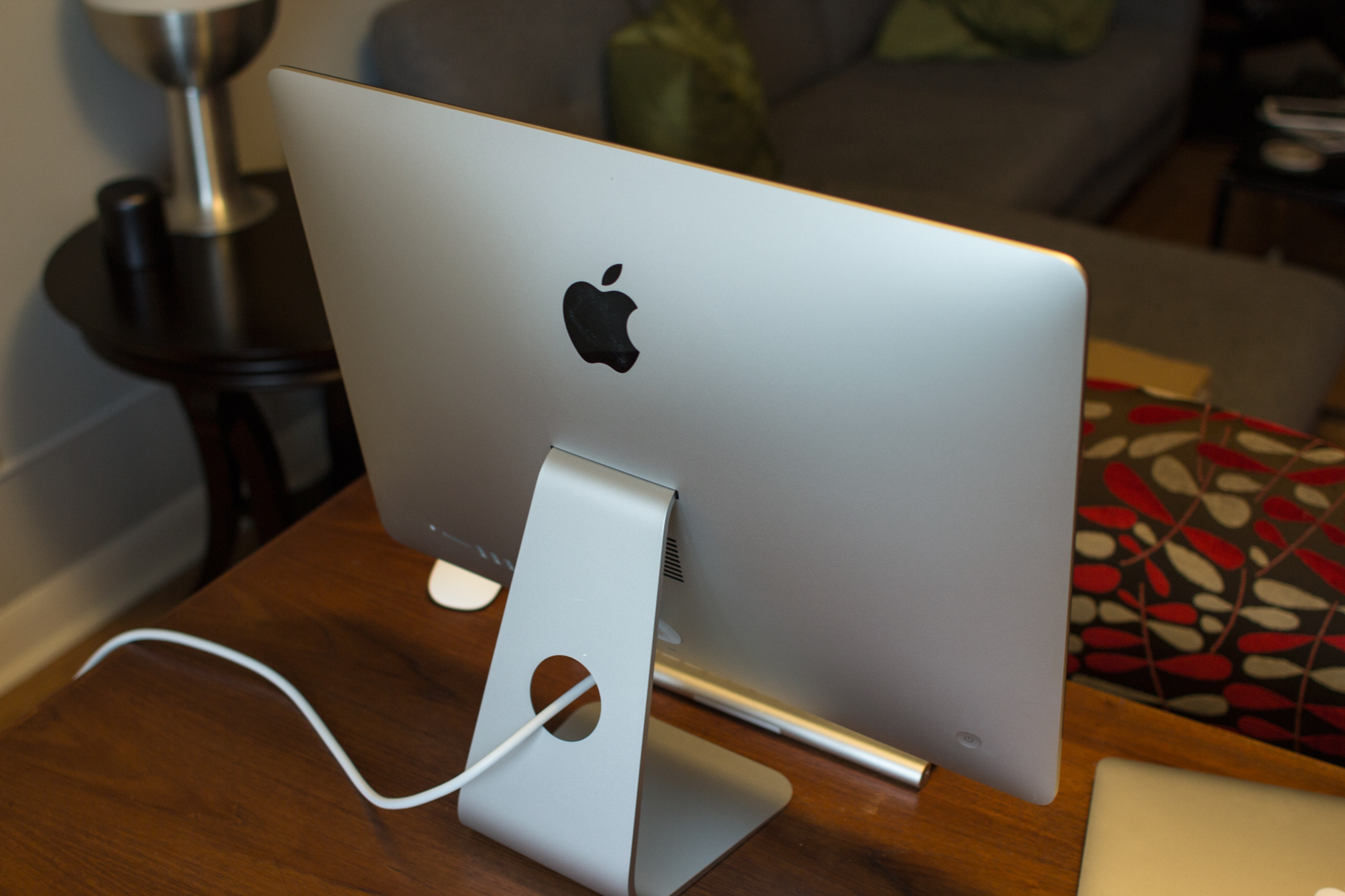 21.5-inch 2012 iMac, from the back. Not much has changed here from the last generation. Ports, power button, etc all in the same place. 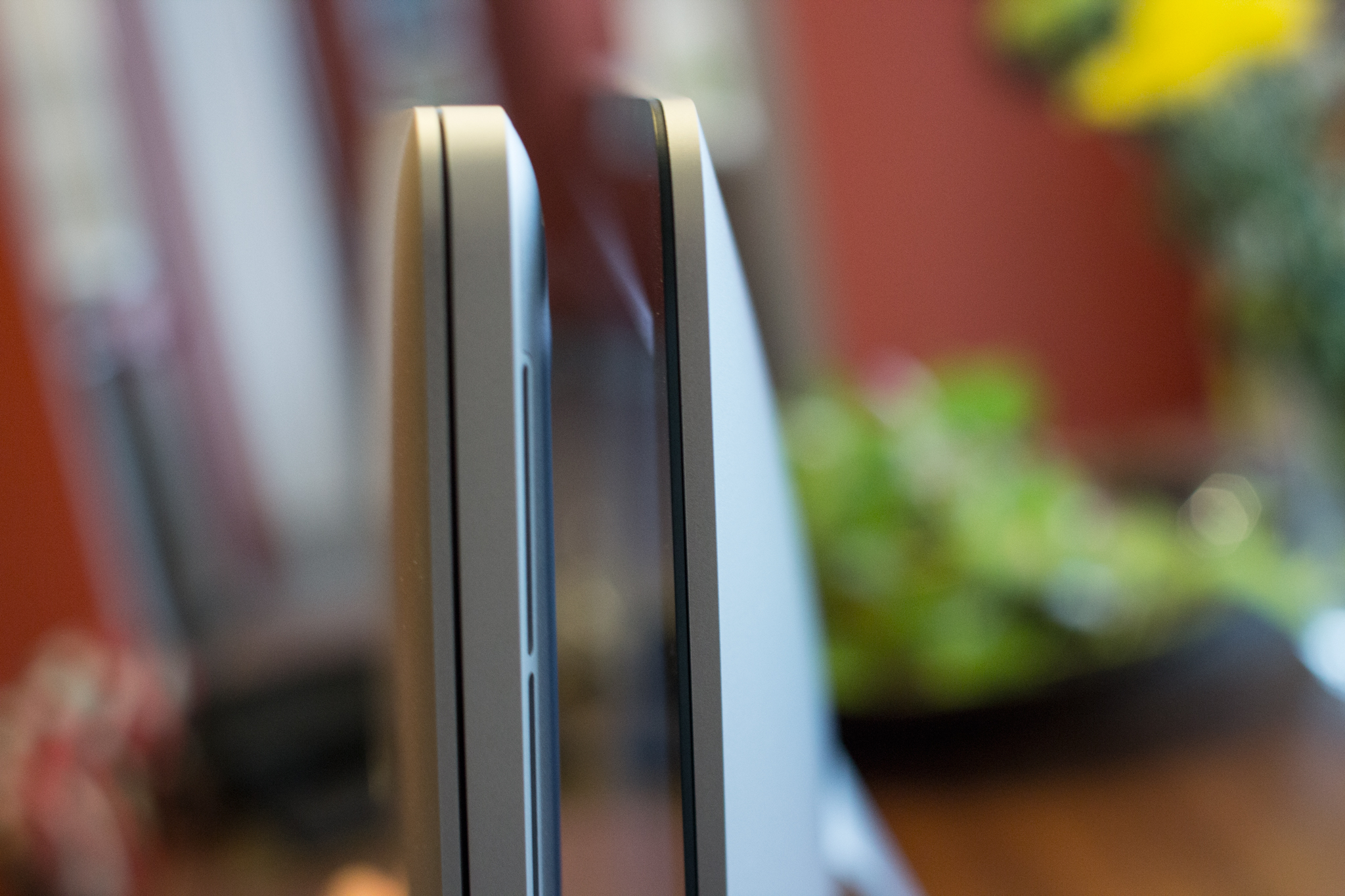 Thickness comparison, 2012 iMac and 13-inch 2012 Retina MacBook Pro. You can see the edge of the iMac is just slightly thicker than the MacBook’s lid. 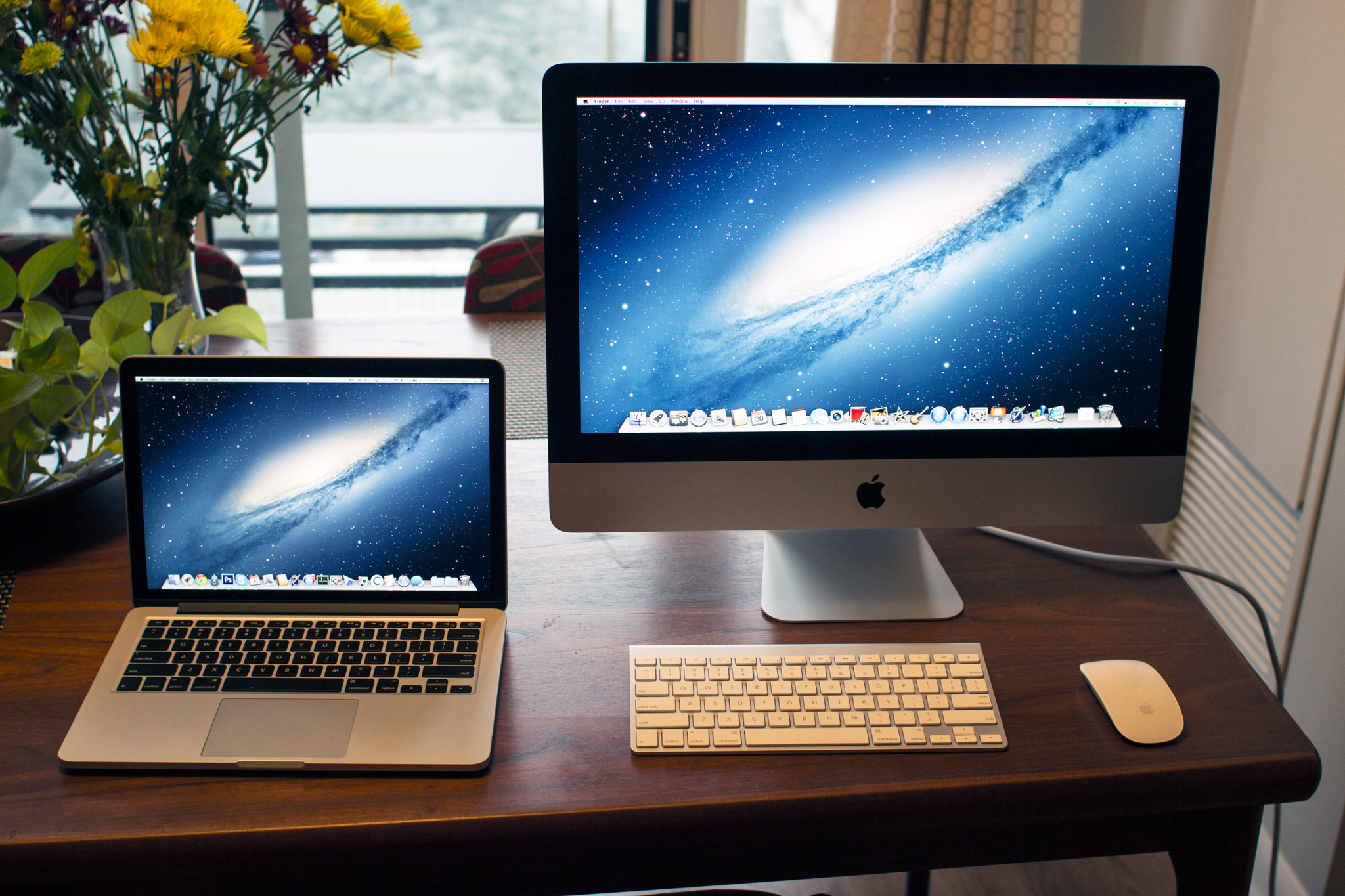 2012 iMac next to 2012 13-inch Retina MacBook Pro. Apple’s design aesthetics are definitely still in tight lockstep between notebooks and desktops. 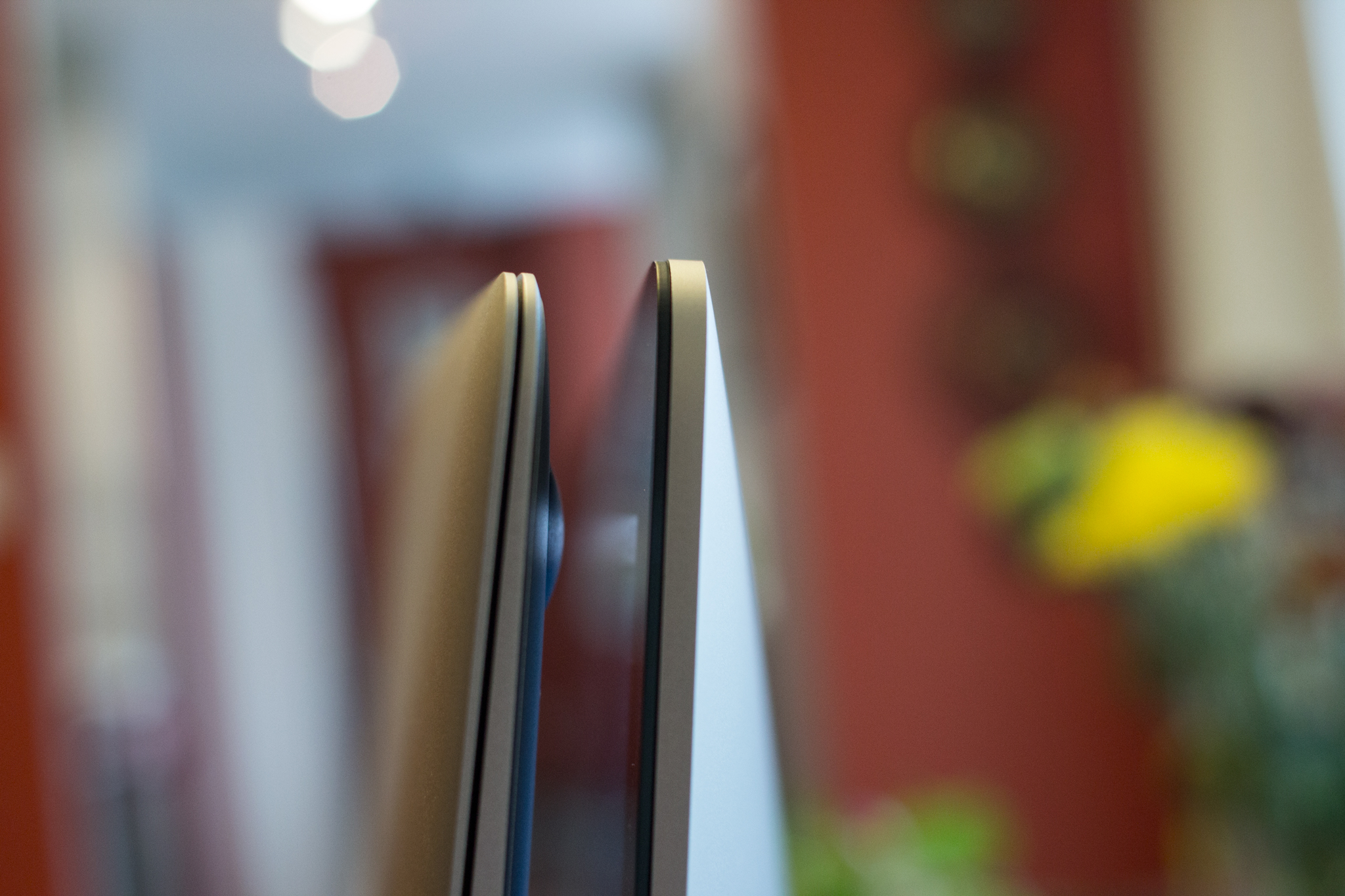 Edge comparison, 2011 MacBook Air and 2012 iMac. At its thinnest point, the MacBook Air is still thinner than the iMac’s edge, but just barely. 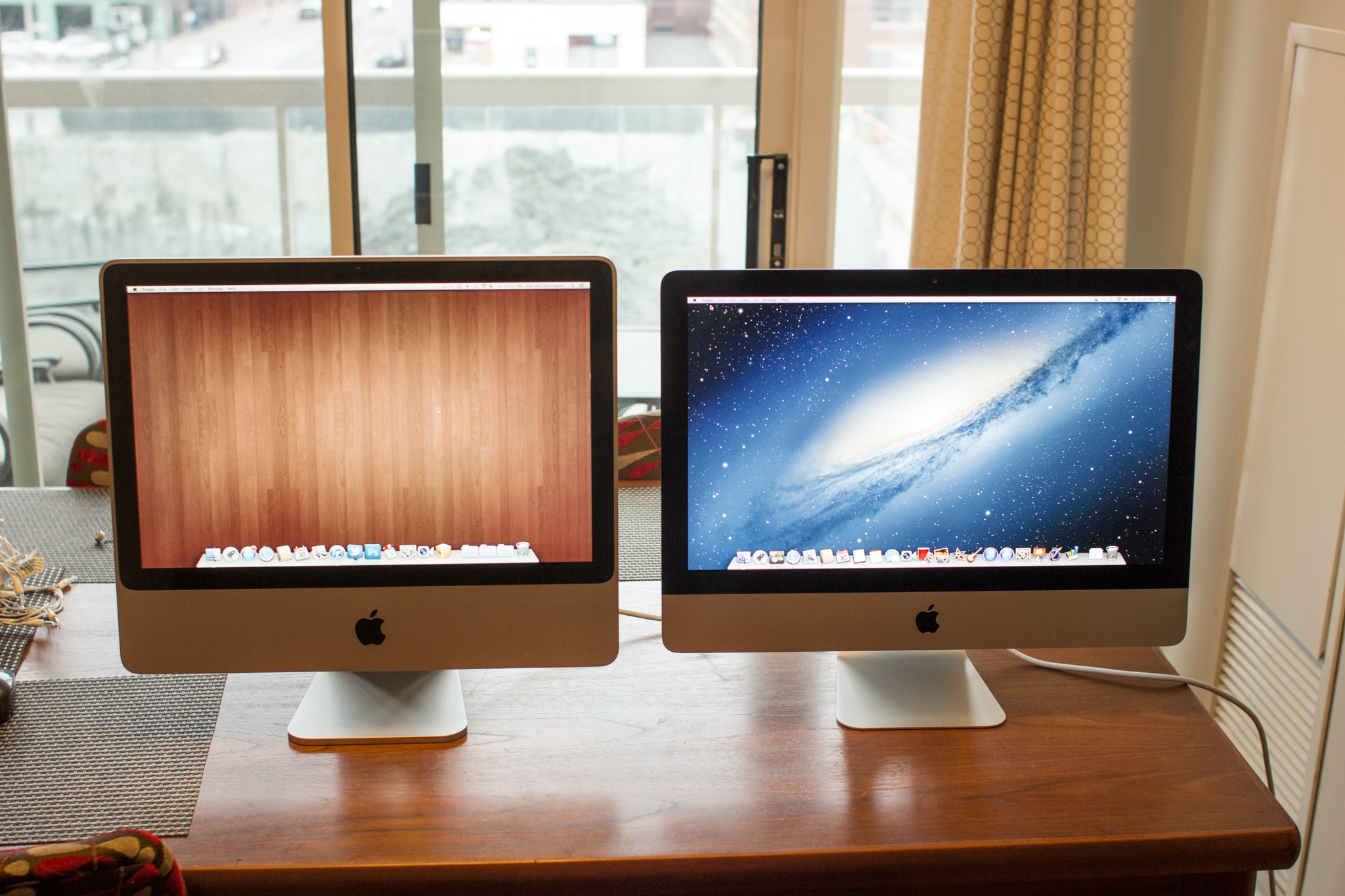 2008 20-inch iMac (left) next to 2012 21.5-inch iMac. My old kitchen workhorse comes out to show how much has changed in four years. Note the thickness of the stand on the older machine. 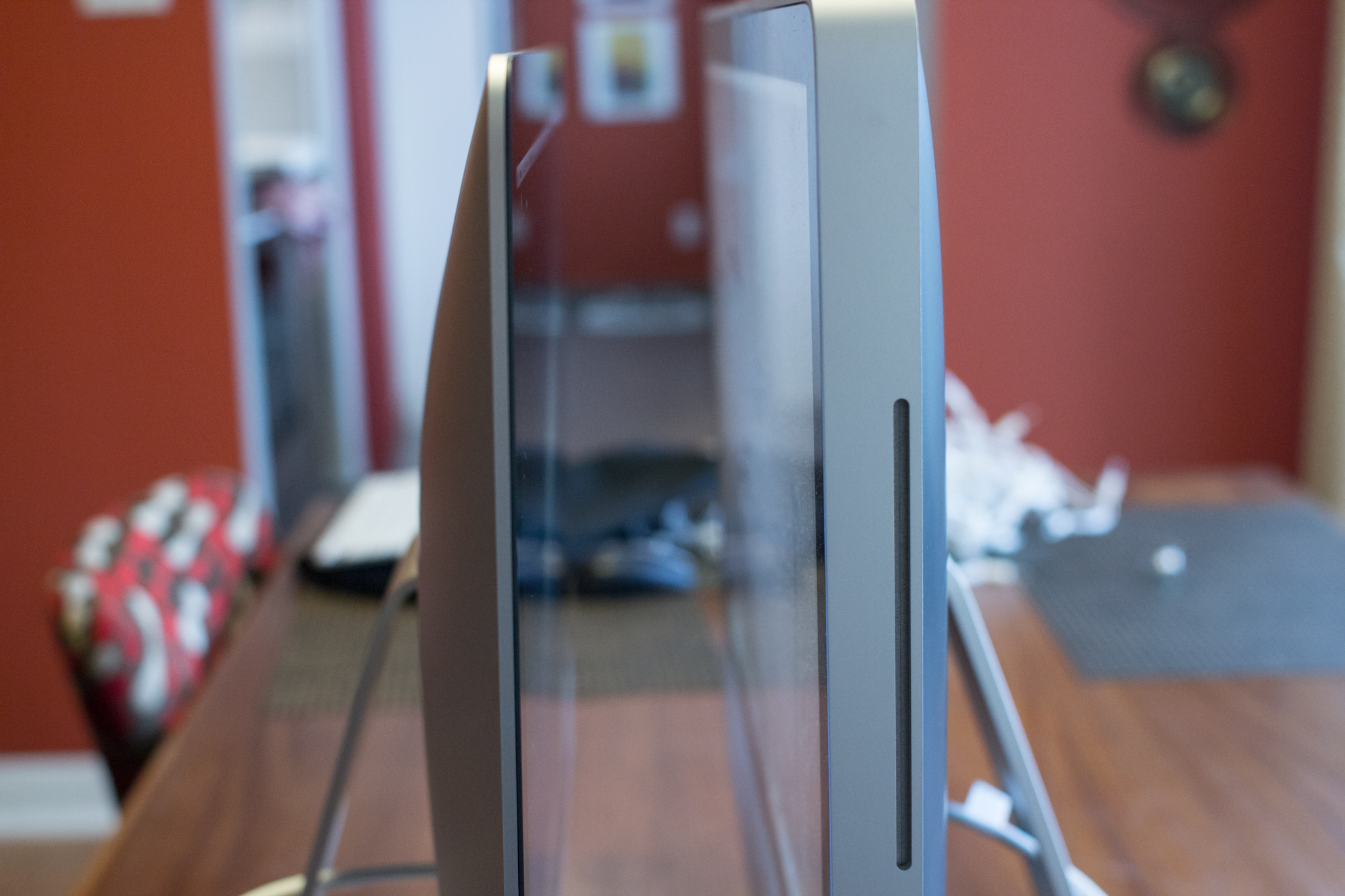 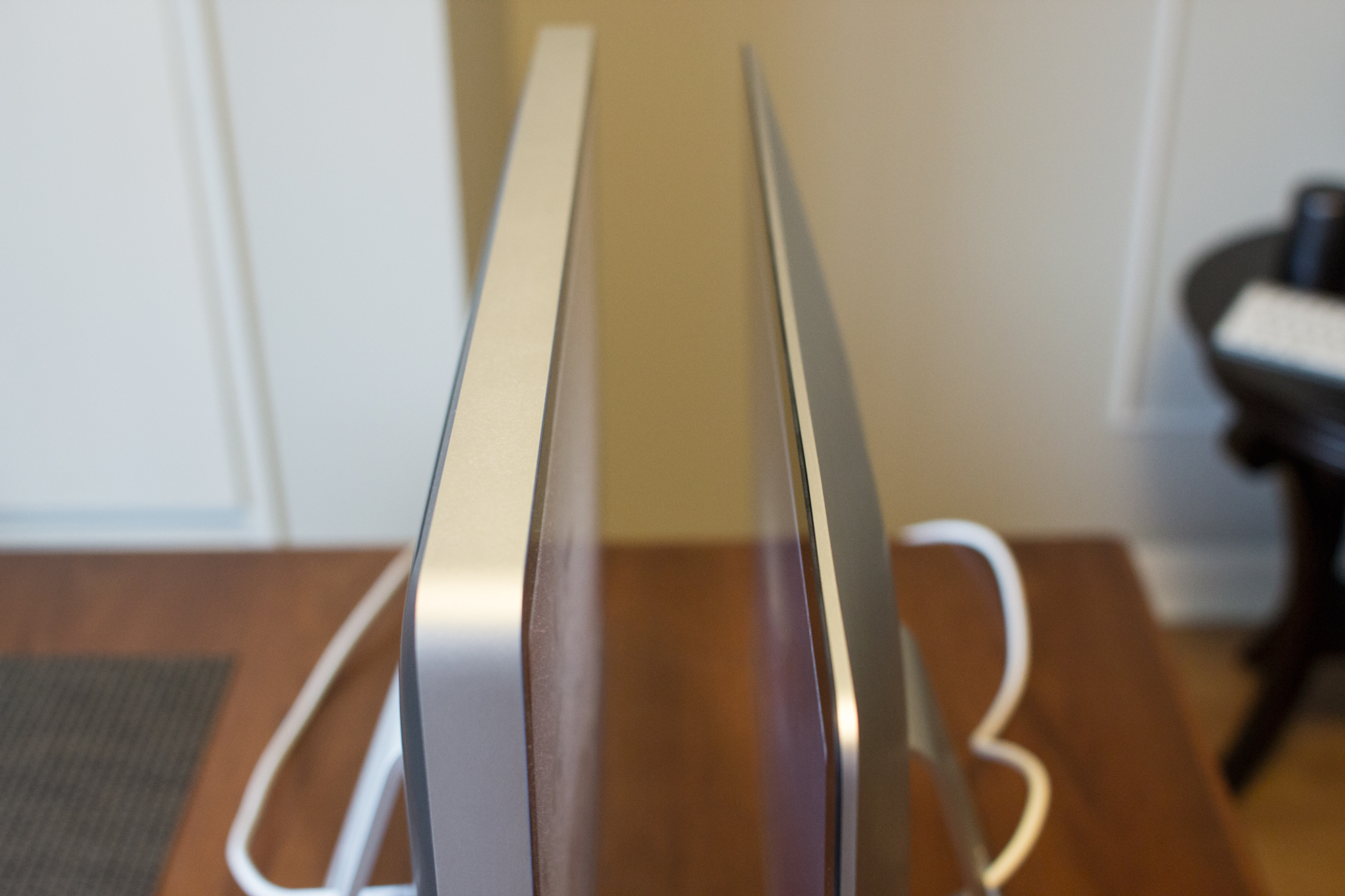 2008 iMac (right) and 2012 iMac (left) top thickness comparison. That taper accounts for all the saved volume on the newer machine. 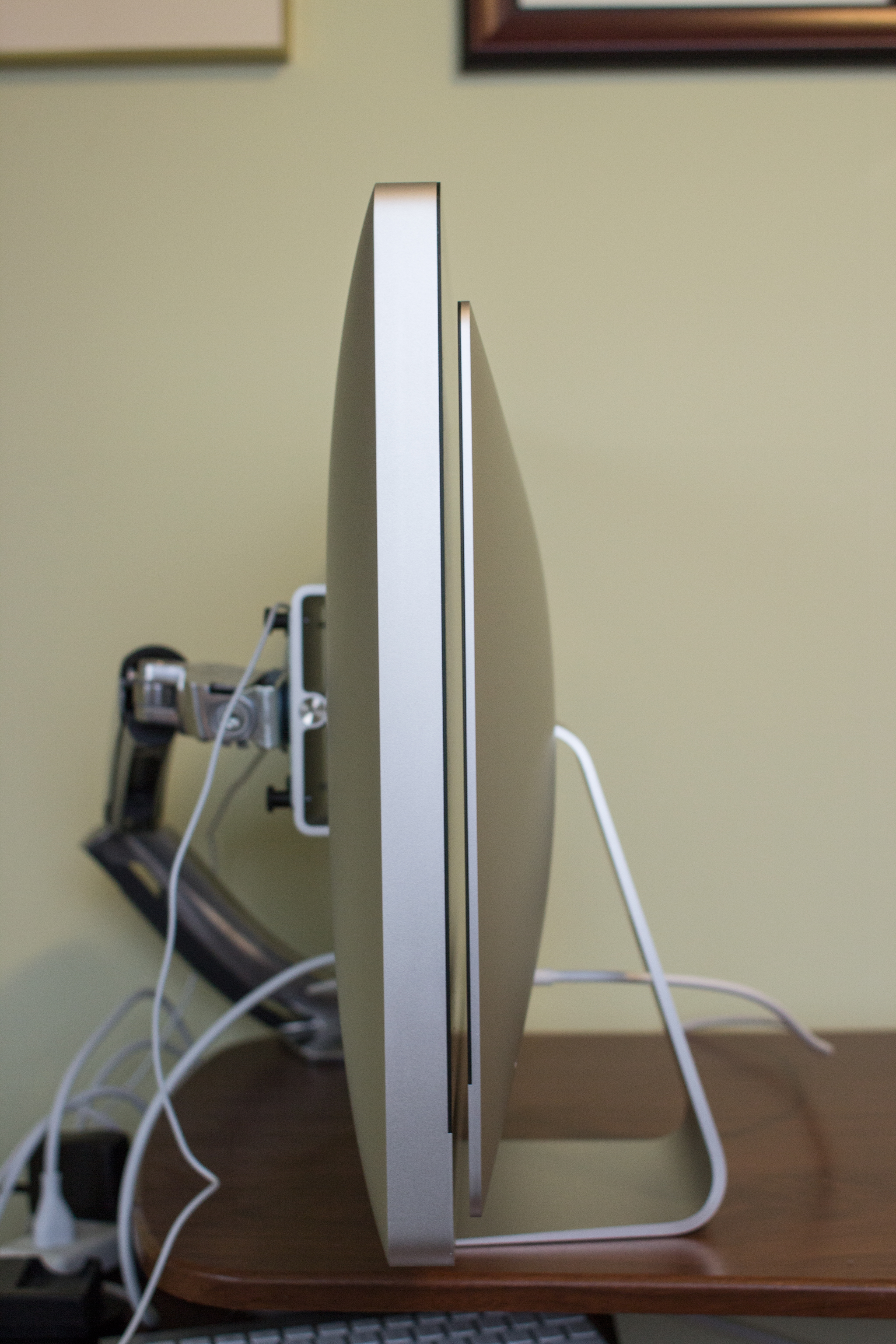 2011 iMac (left) thickness comparison to 2012 iMac (right). This is a comparison with the 2011 iMac released last summer. At their thickest point they’re close, if not the same at around 1.5-inches thick.

Close-up of Mail icon on 2012 iMac screen. It’s not a Retina display, but the further distance from the screen a user sits makes the difference harder to spot than on, say the iPad mini. 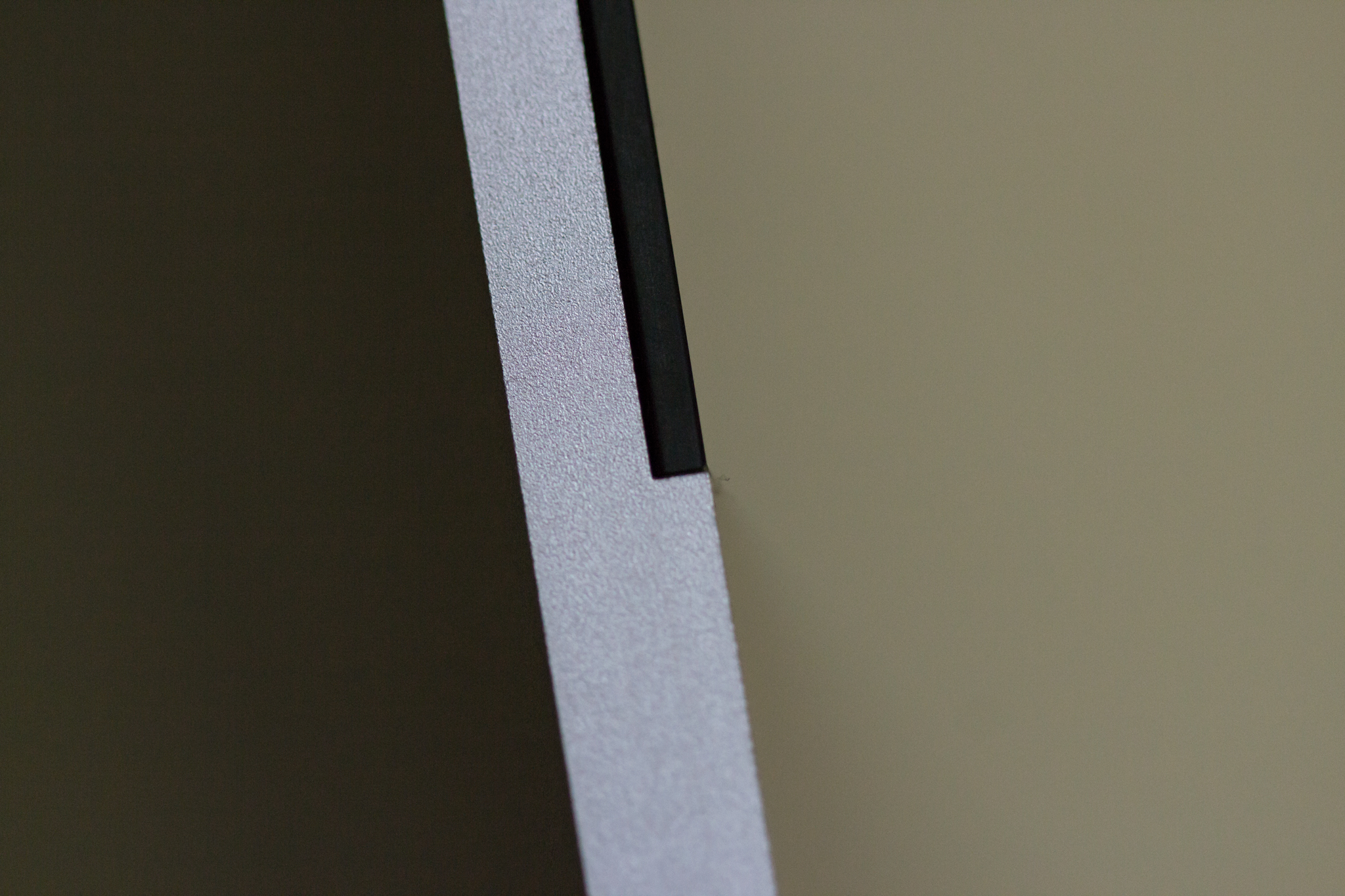 2012 iMac edge close-up. You can tell this is a precision-crafted machine. 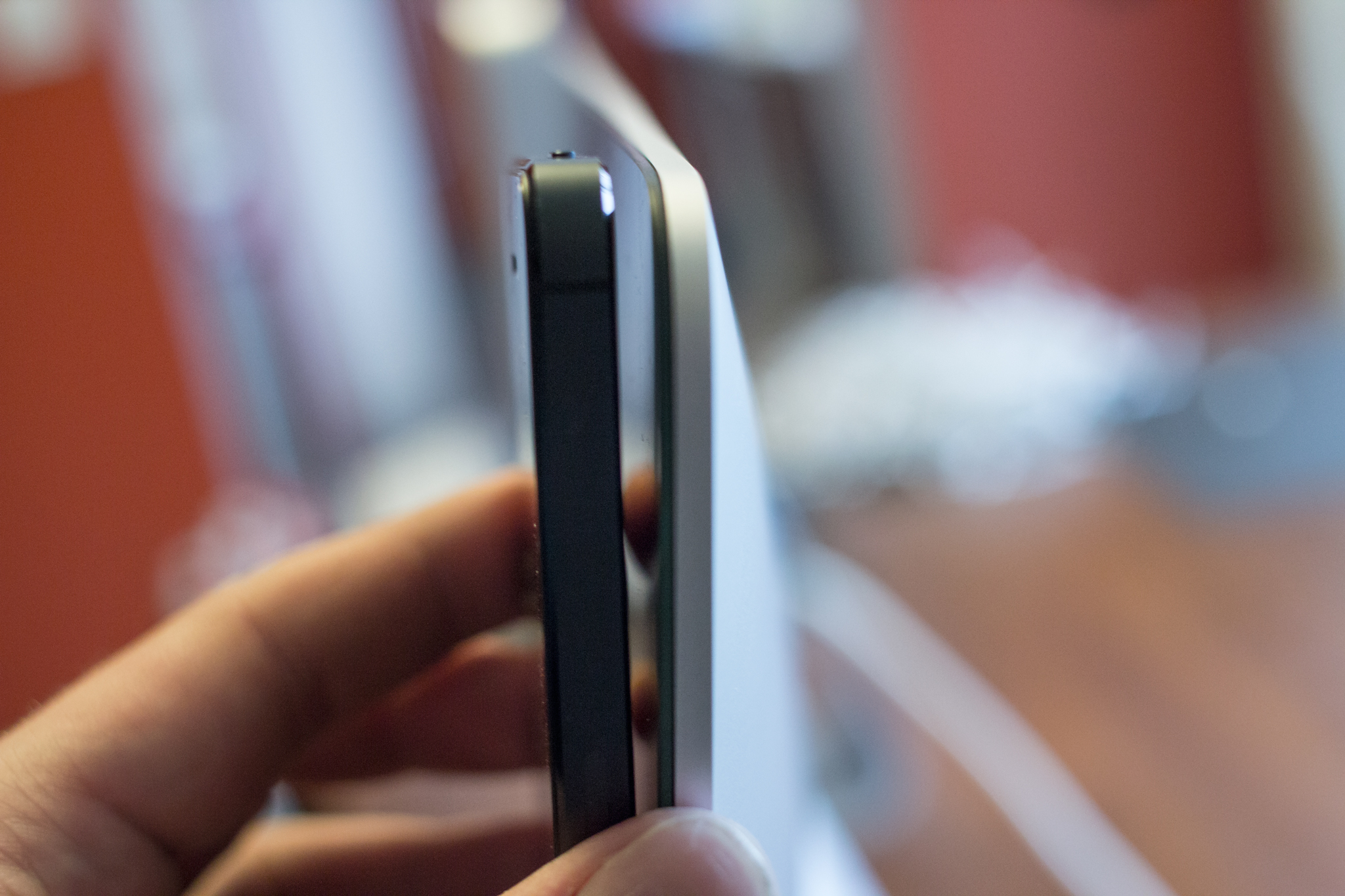 iPhone 5 and 2012 iMac thickness comparison. Thinner than iPhone 5 at the outer edge. 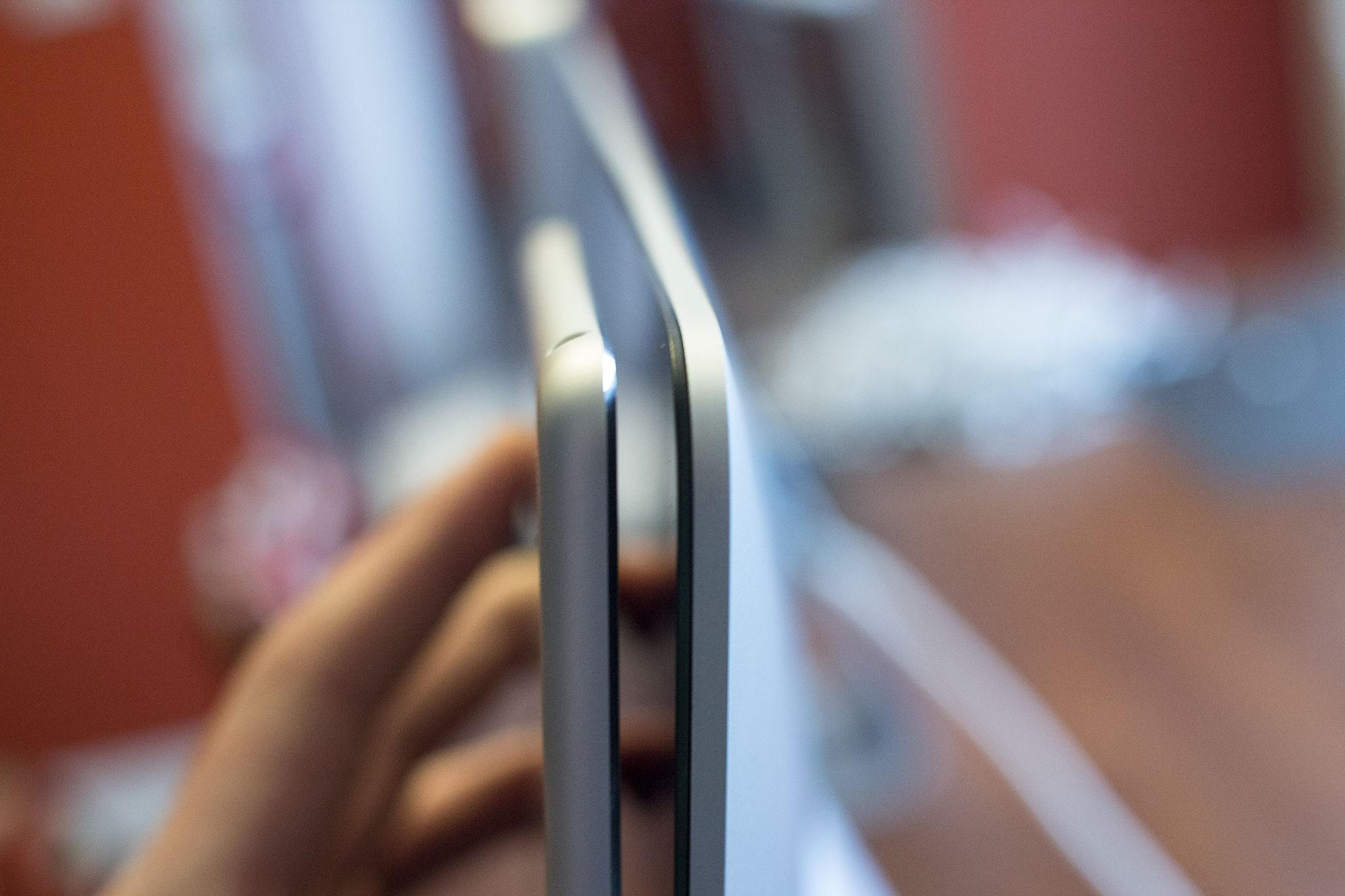 iPad mini and 2012 iMac thickness comparison. These are pretty close, too. 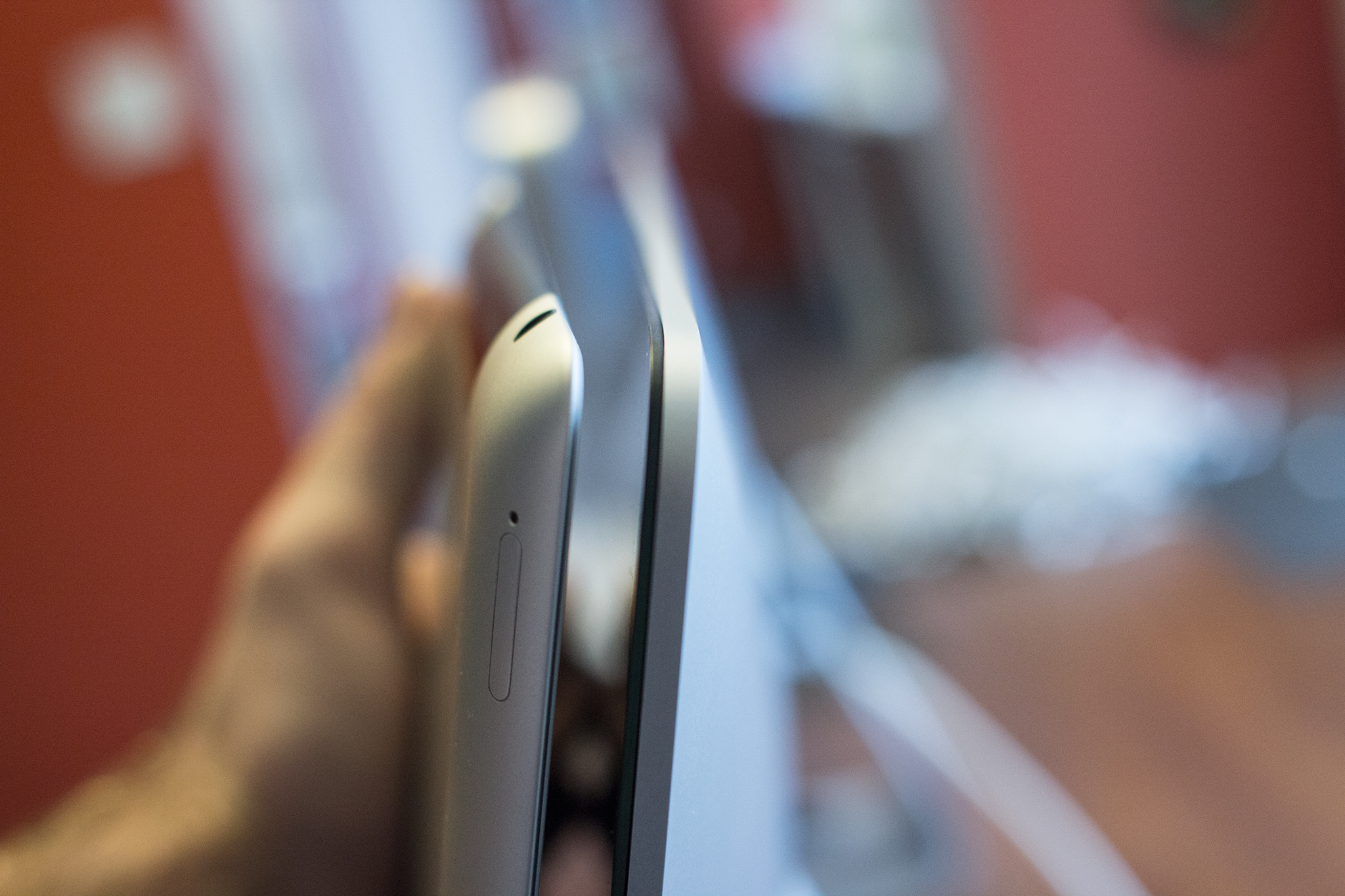 We’ll have more on the new iMac in a proper review once I’ve had a chance to put it through more thorough day-to-day testing.