Some say Tel Aviv is almost like having Silicon Valley on Europe’s doorstep, and you do get that feeling sometimes. The urgency of the people and their sheer energy is infectious. It’s not for nothing that VCs take regular flights there and multinational tech companies like Microsoft establish accelerators. And the local scene throws up a tonne of initiatives. One of the best is Techono.me. Organised by Orli Yakuel and Edward Resnick, Techono.me 2009, 2010, 2011 were all supported by TechCrunch, and we’re doing that again because it’s a great platform for Israeli companies to announce their new products. Put it this way, in 2009 Face.com emerged from the event, and was this year bought by Facebook for around $60 million.

So let’s get into the companies that launched. The winner of event was Heystack. 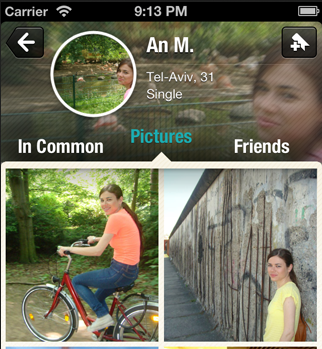 Heystack
As one person tweeted at the launch: “Social dating meets cyber stalking”. Heystack is yet another app for meeting new people in an iPhone app. Yay. But they claim its engine creates a social graph built on all the 2nd and 3rd degree single and “datable” prospects in your Facebook network and make the discovery process easy. The links/connection of a mutual friend help of course. Built into it is messaging which also shows you what “She”/”He” likes in music and provides the user with the ability to share curated music videos for that artist. It’s like “Hey Babe, you like U2 as well? Here’s a U2 song” (I can see this getting a little tiring the ladies…). There’s even a VOIP system to call each other. The app is not out yet, but check out the site. The business model is fermium, 90% of the app is free. Later on they will use paid-for promoted posts to monetize. 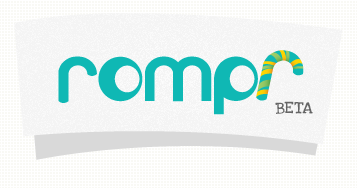 Rompr
Although the Facebook generation kids have now becoming parents themselves many parenting resources have remained frozen in time. So with the headline, “Making Parenting AWESOME”, Rompr is about letting parents share and discover fun family activities while they also help other parents answer the question: what should we do with the kids? Rompr is basically parents showing off their knowledge of what’s fun for kids to friends and followers but also discovering activities for kids. Obviously it lists free events and deals, but when deals are not free they do rev shares with offers for events aimed at kids. Although there are other sharing platforms out there, they are somewhat too general. Sharing is as easy as posting a photo or a short tweet. Then their algorithm adds suggestion and personalised recommendations for activity. They are launching city by city in a go-to market strategy. There are clearly other companies in this space of course. They are out now in public beta and the iPhone app out November.

Learni
Learni is basically a platform for creating ebooks for schoolchildren which is also a dashboard for teachers to track students’ performance in reading. The platform takes any digital book and turns it into a document with various levels, such as audio, and other features. It also has an upload facility where text can be turned into a ebooks, not unlike how WordPress creates blog posts. The platform can also turn a non-digital book and turn a learning book into a digital book. With one more click you can go to Wikipedia, play the audio pronunciation of the word or go to a search online. Some 20% of kids have reading difficulties so the text can be read out. Kids subscribe to feeds from teachers and kids can also annotate the books with their notes – though heaven knows what they’d say. Teachers get dashboards to the students and the class, and can draw the attention of the students as well as assess their performance. It’s been currently implemented in 15 schools in Israel where students do not carry a single paper copy of books to class.

BetterInternet
BetterInternet is – in my humble opinion – a pretty lame platform which puts your hard-won web site or blog under a subdomain and adds a sort of ReadLater/Instapaper facility. The arrogantly named BetterInternet (really?) says publishers benefit from access to the data about what people read later on their site (get it?), but frankly they would be killed in an instant if Instapaper just added a similar tag. This is the lamest ‘take-over’ software i’ve yet seen. It claims to create a better UI for a site. It does not. Let’s move on.

24me
We’re all busy. So 24me is a sort of automated Siri-like service (without the voice) which tries to keep you reminded, up to date and paying all the bills etc in your life. Overdue bills, a problem with one of your service providers, a best friend’s birthday – 24me is supposed to take care of all of this inside an iOS app launched today. By pulling APIs from TaskRabbit and other services it creates an automatic to do list and task management app that can do the work for you. Shared task are updated real time between participants. It also has speech-to-Text so you add tasks using your voice, or add tasks from a camera. It claims to have the first integration in the world of an iPhone app with TaskRabbit and Pageonce.

Mossad
This is a multiplayer, location-based game, that imitates the exciting idea of being a secret agent. It’s called Mossad (oh yes…) by a games company called Geonuts. This mobile game on Android of agents and espionage uses location and augmented reality to create a game where there are special weapons and tools. The game starts in the war room of an underground bunker in an unknown location. Your agent’s training begins by meeting Agent Z who is your guide. Players have to go to real life locations, open the in-Game camera and find hidden clues and objects. Every Mission you complete gives you higher security clearance and missions. “We did have a few problems getting the name approved in the Apple store, and yes we’re not aiming at the Arab market” admit the founders. Uh huh.