Today, Facebook introduced its third quarter earnings for 2012 and shared some updated stats on how the social network is performing. Recently, Mark Zuckerberg shared that Facebook had crossed the billion user mark, and the trend continues upward, as our own Josh Constine predicted.

The company added 10M users since September 14th, which is about 16 days.

Here’s what CEO Mark Zuckerberg had to say in the earnings release:

As proud as I am that a billion people use Facebook each month, I’m also really happy that over 600 million people now share and connect on Facebook every month using mobile devices. People who use our mobile products are more engaged, and we believe we can increase engagement even further as we continue to introduce new products and improve our platform. At the same time, we are deeply integrating monetization into our product teams in order to build a stronger, more valuable company. 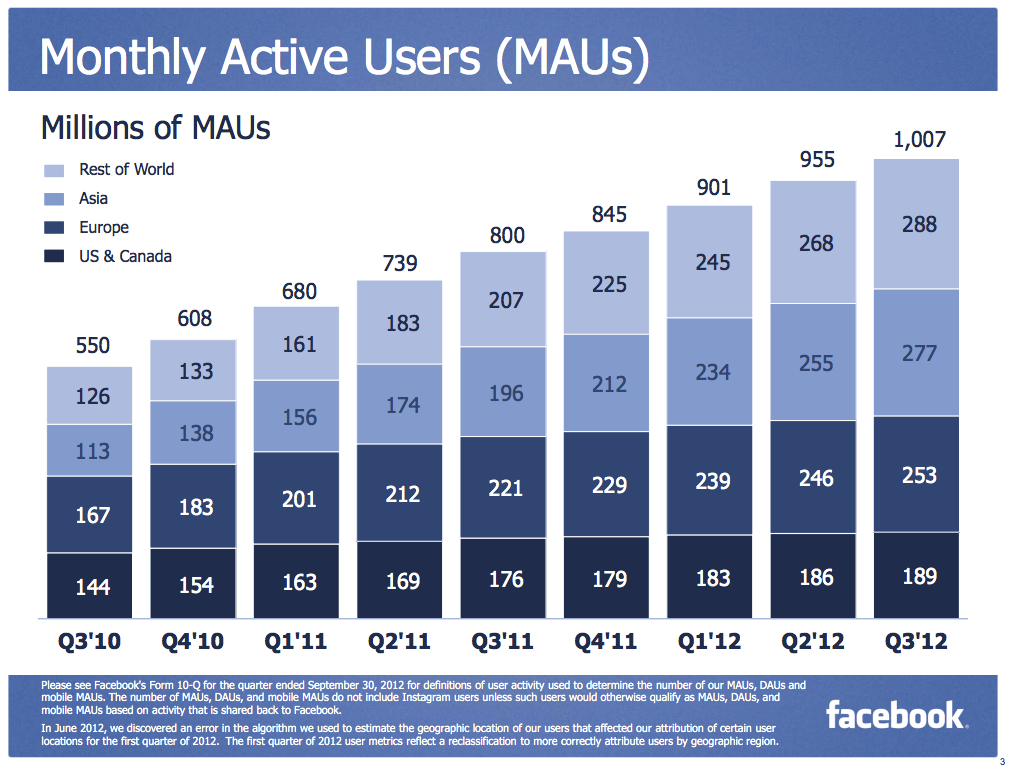 The interesting statistics are the ones on the mobile front, a place that Facebook is paying extra special attention these days. We learned today that 14% of Facebook’s third quarter revenue was generated on mobile devices. With the serious growth in mobile users, we can expect this advertising percentage to grow with it, as long as Facebook introduces some new ad units and initiatives to go with it: 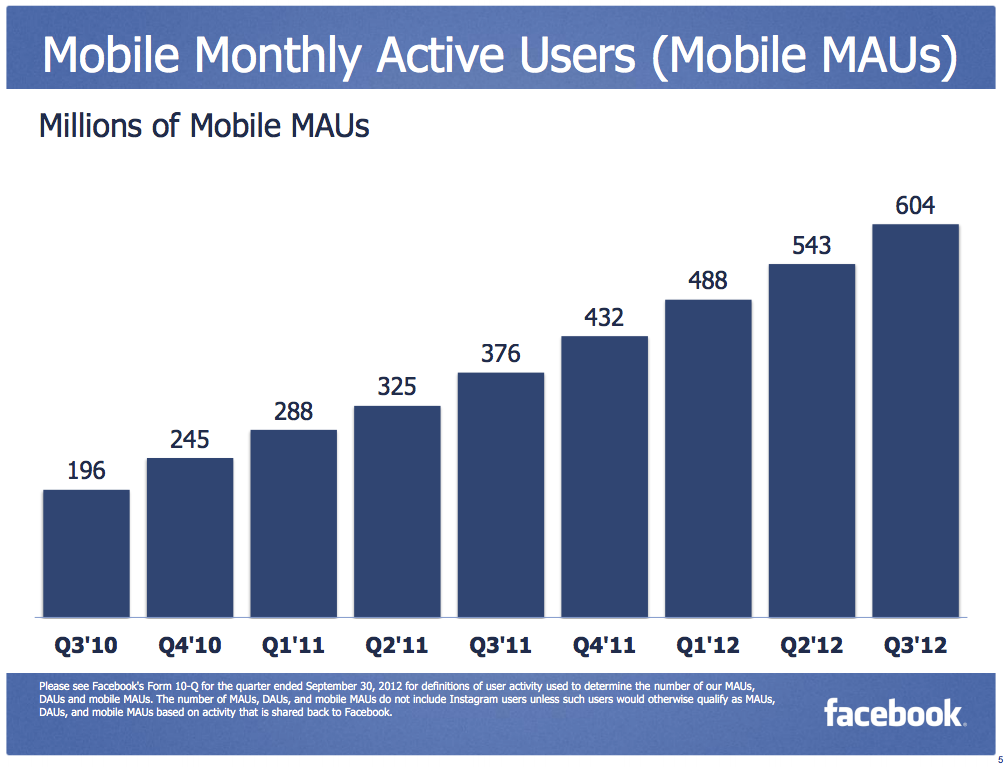 Facebook’s stock is up in after-hours trading, which must be giving the folks in Menlo Park a brief moment for relief.