The rising star of mulitchannel retail is mobile, according to a survey of U.S. and U.K. consumers conducted by a digital marketing group Econsultancy. It’s not a particularly surprising finding — given the capabilities and pervasiveness of today’s smartphones — but the findings underline the expanding role mobiles are playing in shoppers’ lives.

While the proportion of consumers actually using a mobile to make a purchase remains a minority — just 28% of U.S. and 25% of U.K. respondents said they have done so in the 2012 survey —  this group of m-payers is growing rapidly, having doubled since the 2011 survey when the proportions were 12% and 13% respectively.

It’s also a group dominated by younger shoppers. Breaking this year’s result down by age, the survey shows that approaching half of 18-34 year olds have used their phone to buy something — a much larger proportion that the roughly a quarter of 35-54 year olds who said they have done so. 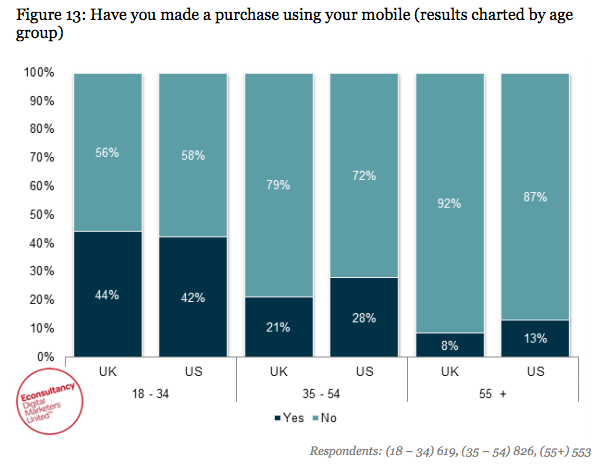 A clear thread running through the research is that younger shoppers are more likely to involve their mobiles in their next purchase.

When polled on whether they have used a mobile to compare prices and look at product reviews while out shopping, the 18-34 age group again emerges as a clear leader — with a majority (61% of U.S. shoppers, 51% of U.K.) having used their phone in this way. Only a minority of shoppers in older age group brackets said they had done so. 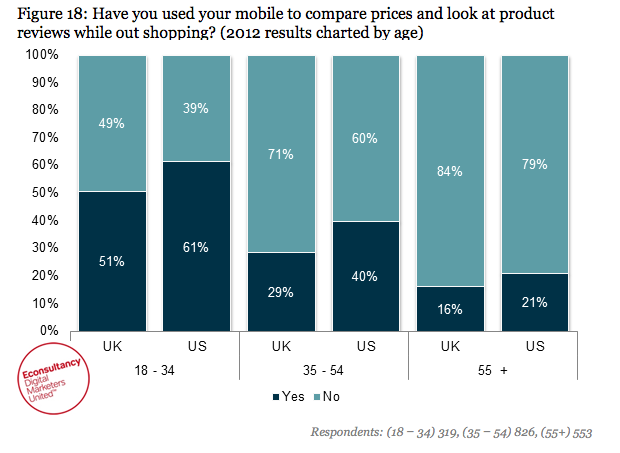 The survey also shows a clear preference for channel choice among younger shoppers — when asked how important it is to them to be able to buy from a retailer via different outlets, such as in store, by mobile and online, the 18-34 age-group emerges as the clear leader again. 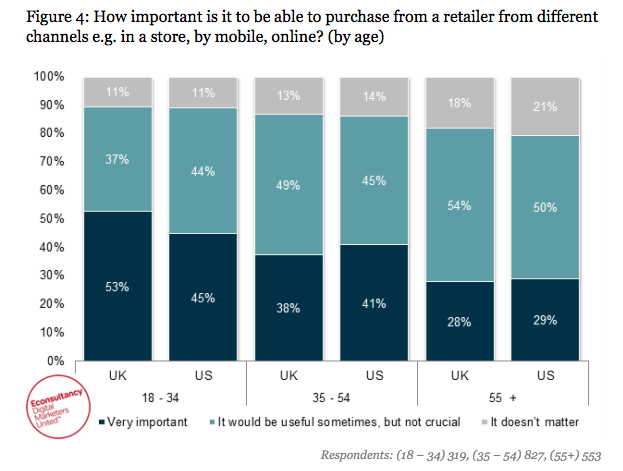 One interesting finding from the research is that mobiles aren’t viewed as a great back-up option when a shopper is out and about and has just failed to find what they’re after in a store. In this instance, the vast majority of shoppers would go and look in another store to try and get their retail fix, while around a third would wait and search online when they got home. Only a fractional sub-10% would turn to their phone to try to locate the product, the survey found. 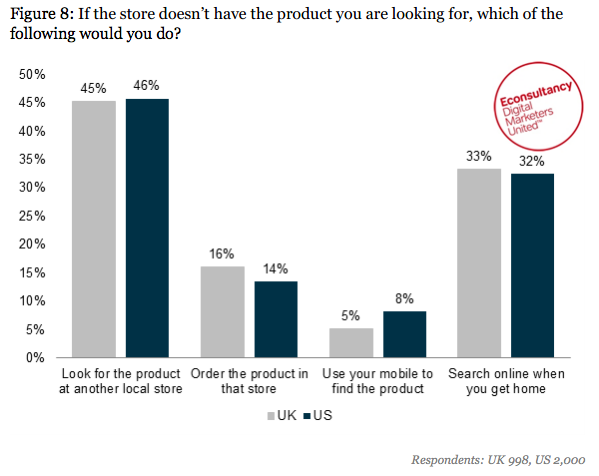 Shoppers are turning to their phones for price comparison and reviews though, according to the survey — suggesting consumers are getting increasingly savvy about what and where they buy thanks to the info they can tap into via the device in their pocket. Where the price and quality of a potential purchase is concerned, shoppers appear happy to spend time using their phone before parting with their cash. The survey found half of U.S. shoppers have used their mobile to compare a price or read a review when out shopping, along with 43% of U.K. shoppers. 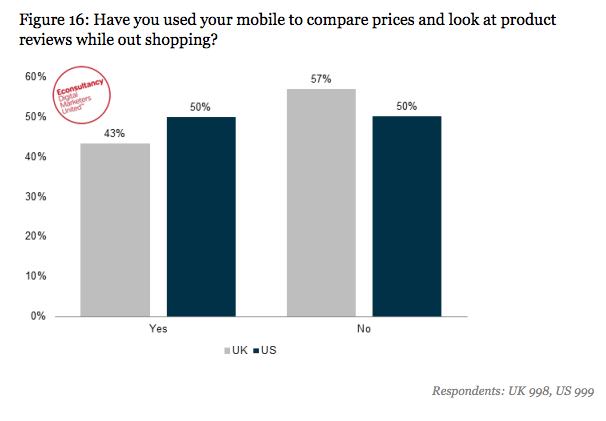 This price research role for mobiles has also expanded very rapidly in the last year: only a fifth (20%) of U.S. shoppers polled in the 2011 survey had used their phones to compare prices or read reviews while out shopping (and just 19% of U.K. shoppers had).

Another interesting finding is that mobile websites are the preferred retail vehicle for shoppers vs apps — with the vast majority of U.S. and U.K. shoppers preferring to use websites, and only around a third preferring apps. 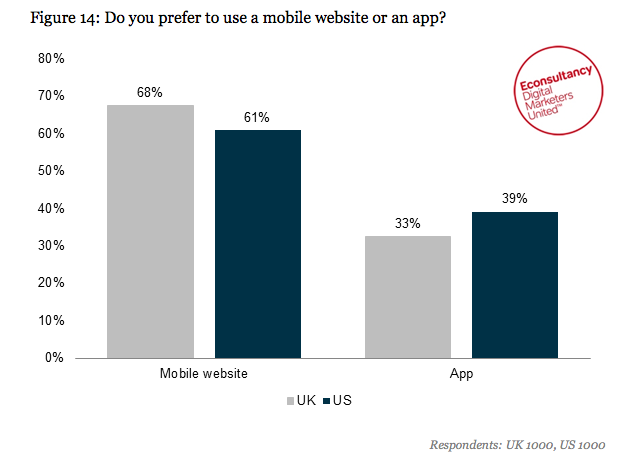 This app gap could have several explanations — such as the prevalence of retail mobile sites vs retail apps; the need for retailers to develop multiple apps to serve different mobile OSes; and the challenges of app discoverability vs the relative simplicity of online search.

The online survey polled around 1,000 respondents apiece in the U.S. and the U.K., and was conducted between July and August 2012.