Decades before Steve Jobs, the Google founders, and Mark Zuckerberg, small groups of unglamorous technologists turned Santa Clara Valley into the world-changing region we are still reinventing today. My grandpa, Charles Alfred “Bud” Eldon, was one of them, a Hewlett-Packard engineer and executive since the days of the apricot orchards. He passed away at 7:45am this morning.

I’m going to share a little bit about his life below, because my generation in Silicon Valley and the tech world needs to know about all the shoulders of giants we are standing on and the heights we can also reach. Too many of us don’t right now.

His story begins in Hawaii during the Great Depression.

Kupu (Hawaiian for “Grandpa,” as us grandkids called him) grew up on sugar plantations and fishing boats, with his mother teaching grade school and his father working as an engineer. He was living in the Honolulu area on December 7th, 1941, when the Japanese attacked Pearl Harbor. He watched it all from a nearby hill — so close that he could see the attacking pilot’s faces and the Arizona sink — and spent the next days helping to bury the dead.

But instead of getting drafted like every other able-bodied male, his high school scores gave him the chance to take a special exam for war-time military engineers. The catch was that he’d have to go on a one-way ticket to take the exam in the Bay Area. Civilians weren’t allowed to travel back through the war zone. If he didn’t pass the test, he’d be stuck without friends or family and no way home.

That led to a stint working on electronics in the Navy, including a job manning the radar station on Treasure Island. And it led to Stanford, the completion of a Physics major, and a relationship with early Hewlett-Packard engineers and Frederick Terman, the then dean of the engineering school and a cofounder of Silicon Valley. Kupu joined HP shortly after graduating, as one of the first few hundred employees — and worked his way up as engineer then product manager, and eventually executive. 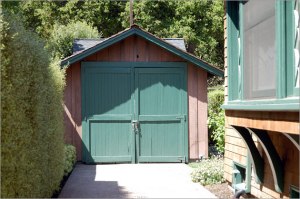 I was able to visit Kupu in Arizona this past February, where he and my grandma had retired. This was right after he had been diagnosed with terminal cancer, and the weekend before I got the surprise job offer to become the editor of TechCrunch.

He was upbeat and still quite nimble from a lifetime of cleaner living and more exercise than I can claim.

We spent the weekend hiking around his home, talking stocks (particularly HP’s) and politics (he has been campaigning for immigration reform for engineers since the 1980s). He got in his usual jabs at modern Silicon Valley for its focus on ephemeral web products instead of hardware. I got the usual scientific lessons on the flora and fauna of the highland desert.

But I also managed to get a few stories out of him about the early days, when Caltrain still had a spur that went to Los Altos, when my dad would walk through the orchards on the way to school, and when the nearby 280 was still being built (“kids, go play out on the freeway” was the running family joke).

My favorite story was about his efforts in software, as it turns out, in an area that most any big tech company takes for granted today. John Vardalas of IEEE got a better story out of Kupu than I did, I’m embarrassed to say, so I’m just going to run the excerpt from that interview in here.

Eldon: I was a manufacturing manager in three or four different places, but along the way in the mid, early 1960s, I got a side job… to be in charge of corporate systems and operations analysis. That involved supervising all the company’s data processing activities and potential applications of operations research. I’d been sent by Mr. Packard himself to Case Institute of Technology, in the late 1950s, to learn about that, with potential applications for inventory control, and statistical analysis and so on for the company, for Hewlett-Packard.

That’s why I was given that job. And that ended up being rather interesting, because it occurred just when Hewlett-Packard was in the process of purchasing a bunch of independent entities who were known field representatives for electronics companies. Neely Enterprises was one rather famous one in the West Coast. And so Hewlett-Packard was involved in a potential major reorganization, and Mr. Packard and my boss said “Bud we’d like you to think about how we can integrate these entities. In addition to our independent companies there were subsidiaries, not divisions but subsidiaries of Hewlett-Packard to engineer and manufacture various products, and of course the operating divisions of Hewlett-Packard that existed…. How would we tie all these together? I found out that there was a way to computerize all [that] data. The interesting thing is that this tied in with my knowledge that in the near future, Hewlett-Packard would be releasing some products related to electronic computers.

And yet, none were available to us right at the time. I had contracted to buy a Model 360 from IBM for Hewlett-Packard Company. We installed that with full OS, which was the first time in the West of the United States that full OS under an IBM 360 system had been installed. Along with that, I found out that there was a opportunity to start working on the communication of information to handle orders and inventory from remote divisions by using TWX machines. They generated a punch paper tape. The punch paper tape fit directly into my Hewlett-Packard corporate computer operation, under my control. We could then distribute to the various operating divisions, from the sales offices, order information and then generate shipment and accounting information.

Vardalas: What year was this?

Eldon: 1963. All by myself, I invented the system that would generate this corporate control system. I assigned a couple of people—another Stanford MBA, as a matter of fact—to work on how we would tie inventory control and manufacturing control with standardized boxes of software to this input of information. The vice president of finance told me he wanted all cash eventually from the customers to go into a lockbox that he would specify. So here I had developed and implemented in the following year a system which, to my knowledge, did not exist anywhere else. It was a totally enterprise-integrated operating system.

Vardalas: So what did Mr. Packard and Mr. Hewlett think of all this? 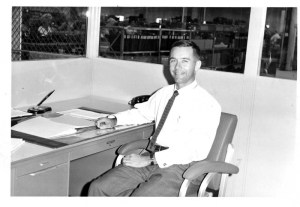 The system was a big hit. Those other things included a brief detour into the early era of venture capital, and a job managing early hardware factories in Taiwan (that offered great wages and working conditions, he made clear to me during one hike that weekend). The HP founders ended up bringing him back in the 70s, and he continued in leadership roles through the 90s, including a term as the president of the Institute of Electrical and Electronics Engineers (IEEE) in 1985, and a bunch of awards.

This story isn’t just about Kupu, though, or about the history of enterprise software integrations, or about the fact that he was one of the main role models that got me from Corvallis, Oregon to Silicon Valley — although he was that. Growing up at the poverty line in a recession-stricken state during the 80s, with some tough setbacks that my wonderful parents did not deserve, I had trouble really understanding that I or anyone could climb their way up from nothing and change the world for the better. Kupu’s life helped me think big.

Which comes back to what Silicon Valley, and the countless thousands of people like Kupu, have helped to make. It’s not just the location, but the idea. You can be anyone, even a bunch of no-name nerds in a farming area on the wrong coast of a second-tier country in a global Depression, and you can build technology companies (HP and Fairchild Semiconductor, Intel) that make the world a better place, and breed new companies (Apple, Google, Facebook) that themselves push humanity forward.

Too many of the younger people I see getting into tech these days — I say this at the ripe age of 31 — are focused on the money, the fame, the trendiness of it all. Those motivations will wipe you out when the next recession hits tech, as it inevitably will. Those of us who are in it because we strive to fix the world, who know that the going is always going to be tough at some point, are going to be here sticking it out.

I say all this as a writer, sadly, and not as someone who can actually build the tech itself. But I have a saving anecdote on that point, from Kupu, that I’m taking with me for the rest of my life.

Some other tech writers noticed that at this past Disrupt conference in San Francisco, the theme was no longer just about “Web 2.0” and all the revenue-free entertainment stereotypes that go along with it. It was about products that were trying to save people time and money, as well as help the average person at the same time — hardware like Lit and service software like YourMechanic. In planning the conference, we were most certainly following and capitalizing on those broader trends among the entrepreneurs and investors we track.

But I also had Kupu’s voice in my head. When my dad called me earlier this week to say that Kupu wasn’t doing well, he also told me something else. That Kupu had found those articles about Disrupt, and had been ecstatic.