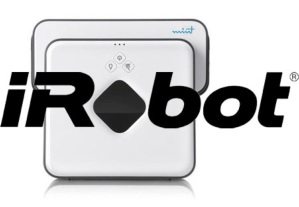 Editor’s note: Saad Khan is a seeker of bad-assness. He found it at Evolution Robotics (not to mention Blekko, Zaarly, Jobvite, Luminate, and LendingClub). He’s a Partner at CMEA Capital. And he’s doing the robot today. Follow him on Twitter and at SaadWired.com.

Last week, iRobot bought Evolution Robotics, maker of the Mint floor cleaner. The implications of the hot-off-the-presses announcement are still forming, but one thing is clear: The robot era has begun, and no one is safe — not even from their short arms and incessant nagging.

As someone who’s had a front seat on the journey of Evolution Robotics, it’s a proud day, and one we’ll always remember. Like being a parent the day SkyNet first went to school (August 29th, 1997 I believe).

I can’t say that it’s been a strictly teleo-reactive ride (*cough* Nils Nilsson). When I first met Evolution Robotics back in 2008, it was on a tour hosted by Bill Gross at the Idealab offices. It was eye opening – autonomous RC cars, phone cameras that could recognize anything, cash readers for the blind. A cornucopia of geekiness. While we were sleeping, robotics had quietly crossed over from heady science fiction to mass-market consumer value.

The inflection had happened silently and the results came in a form that didn’t look like C3PO or the Sony Aibo. But it was fundamentally robotics: AI, computer vision, navigation, sensors, the edge where digital goes analogue — as my former Stanford AI profs lectured, it was robotics through and through. 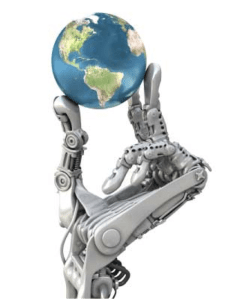 While that was Evolution Robotics’ path, the world of robotics is just getting warmed up. Robots are already helping us find the merchandise we buy from Amazon thanks to Kiva Systems; helping us with agricultural labor with Harvest Automation; and  augmenting medical procedures using Intuitive Surgical. The guys at Y Combinator are getting in the game. My boy Rob Nail, who is president at Singularity U, even wants robotic faculty.

Perhaps closer to home, each one of us is carrying around the guts of an increasingly sophisticated robot in our pockets right now. Take the new iPhone 5 – accelerometers, GPS, and light and proximity sensors. It’s a robot we can talk to (“Hello Siri”) who recognizes our face, and knows where we are (GPS is just the beginning). For many of us, it’s what woke us up this morning. Mine sings me the George Michael anthem “Wake me up, before you go, go…”

The truth is, robots are already among us. They made it into our living rooms years ago. My Xbox Kinect recognizes my face and pairs it with my player profile. I turn on my Mint and wonder what it’s thinking every time it cleans my floor. I’ve even seen a strange car that practically drives itself down the 101.

Their makers tell us these robots were created to serve us. And based on the rising tide, they certainly seem right. But Isaac Asimov and a brooding Will Smith tell us otherwise. We know how this story ends.

Don’t believe me? Here they are, celebrating their victory right now.