HTC has been one of Microsoft’s longest-standing mobile partners (think back to the Windows Mobile days), and today the Taiwanese company officially pulled back the curtains on the newest fruit of that partnership: the Windows Phone 8-powered HTC 8X.

Let’s get one thing out of the way up-front: the 8X is slated to hit the market in early November (just after Windows 8 gets its official release), but surprise surprise — there’s been firm word on exactly when it will launch, or how much it’ll cost once it does. That said, HTC President Jason Mackenzie has just confirmed that the 8X and its little brother will soon hit AT&T, Verizon, and T-Mobile.

Now for the hardware. As a handful of leaks intimated prior to the event, the 8X indeed sports a 4.3-inch Super LCD2 display (coated in Corning’s near-ubiquitous Gorilla Glass) running at 720p, as well as a dual-core Snapdragon S4 processor clocked at 1.5GHz. Fleshing out this neat little package is 1GB of RAM, 16GB of internal storage, and support for LTE. All of that is housed inside a brightly-colored polycarbonate body, and consumers will have several to choose from when the thing eventually launches.

HTC has been very proactive about pumping up the performance of their smartphone camera, and the 8X seems to keep that tradition alive and kicking as it includes the same 8-megapixel sensor and and imaging chip as seen in its Android-powered cousin the One X. Meanwhile, HTC also seemed intent on making the front-facing camera actually worth a damn — the front-facing 2.1-megapixel camera sports an f/2.0 lens and is capable of recording 1080p video. Beats Audio support has also made the jump to Windows Phone, and HTC’s Scott Croyle pointed to the inclusion of a built-in amplifier to boost the device’s sound quality — a far cry from the simple audio profile that graced HTC’s Beats-friendly Android devices.

Samsung may have been first to the Windows Phone 8 party, and Nokia was eager to follow up, but HTC’s newest Windows Phones may be the ones to really look out for. The Taiwanese company has given up its scattershot approach in favor of pushing more tantalizing handsets, and that mentality combined with its long-standing penchant for design and performance could mean some truly great things for Microsoft’s mobile ecosystem.

Then again, your opinion may vary. 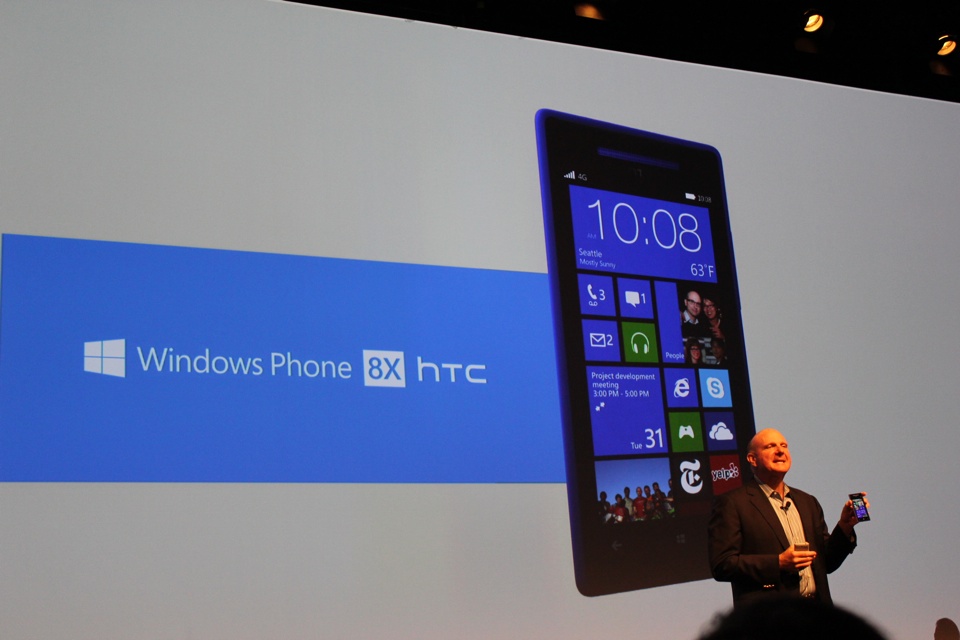