Back in June, Bright announced a new recruiting tool called Bright Score, a system that automatically scores whether someone is a good fit for the job. But that’s just one way Bright can make use of all the jobs data that it has amassed — the company claims to have processed more than 15 million job descriptions and 2 million resumes.

Jacob Bollinger, one of Bright’s data scientists, says, “We realized we were sitting on this data that no one else has,” so the team created created Bright Labs, a site where you can learn more about the job landscape — whether you want to understand broad, macroeconomic trends, or you’re just looking for a new job.

Bright’s site is divided into five sections. There’s The Lighter Side, which is basically a blog where the team summarizes fun, sociological findings from the data — the most recent post looks at jobs in fantasy football, and the one before that asks, “What does email domain say about job-seeker politics?” There’s also The Bright Side (I’m sensing a theme in the names …), which tries to highlight positive trends. Bright Analyses includes data that could help individual jobseekers, for example by showing the skills that show up most often in the resumes of people who hold a certain title. There’s a section for academic publications and white papers. And there’s a Workbench, where you can use the company’s raw data to build your own graphs and reports. 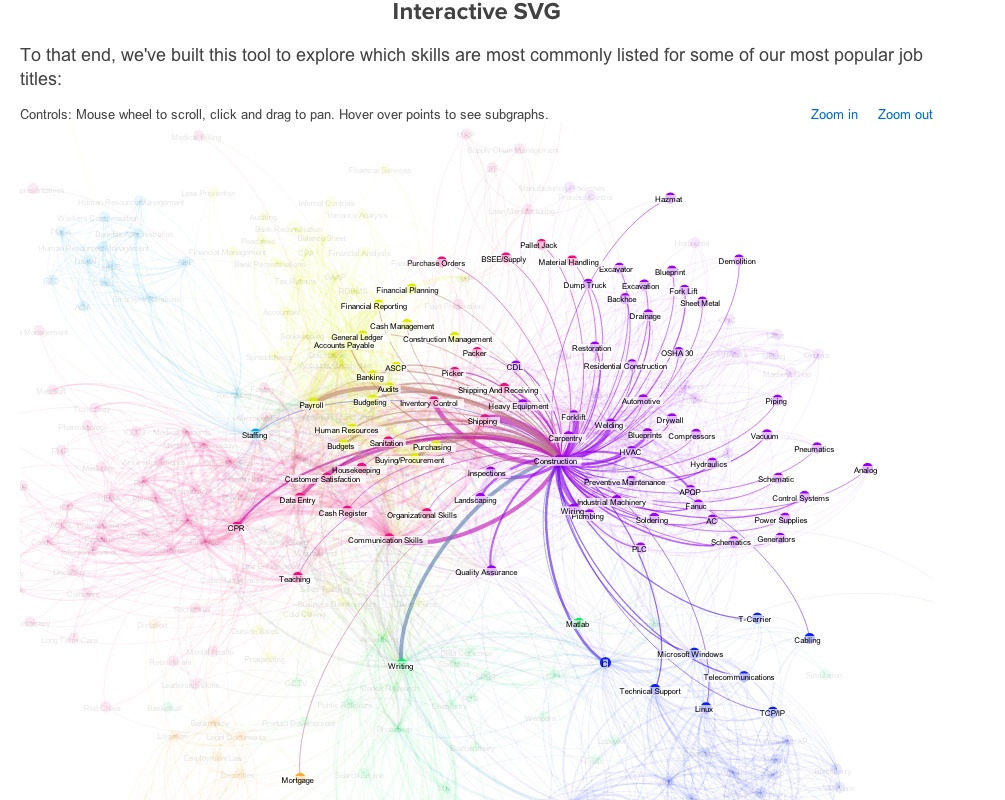 How accurate is this data? Bollinger argues that it could be superior to the data offered by the Bureau of Labor Statistics, which is based on surveys of around 100,000 or 150,000 households. Bright, on the other hand, is looking at around 2 million job listings.

To illustrate what you can find in the data, Bright sent over a few of its most interesting findings. For example, San Diego saw the biggest increase (104.77 percent) in available jobs between July and August, followed by San Francisco (28.88 percent). It also includes some data pulled from Facebook, contrasted with actual resumes. Bright says that the most common job titles that match up between Facebook profiles and resumes include cashier, receptionist/administrative assistant, owner, self employed, sales associate, intern, and assistant manager. On the other hand, people are more likely to describe themselves as CEO, president, boss, or supervisor on Facebook than on their resumes.