The rankings are based on data collected from the open source project host GitHub and the programming questions and answer site StackOverflow, a measurement invented by Drew Conway and John Myles White in 2010. 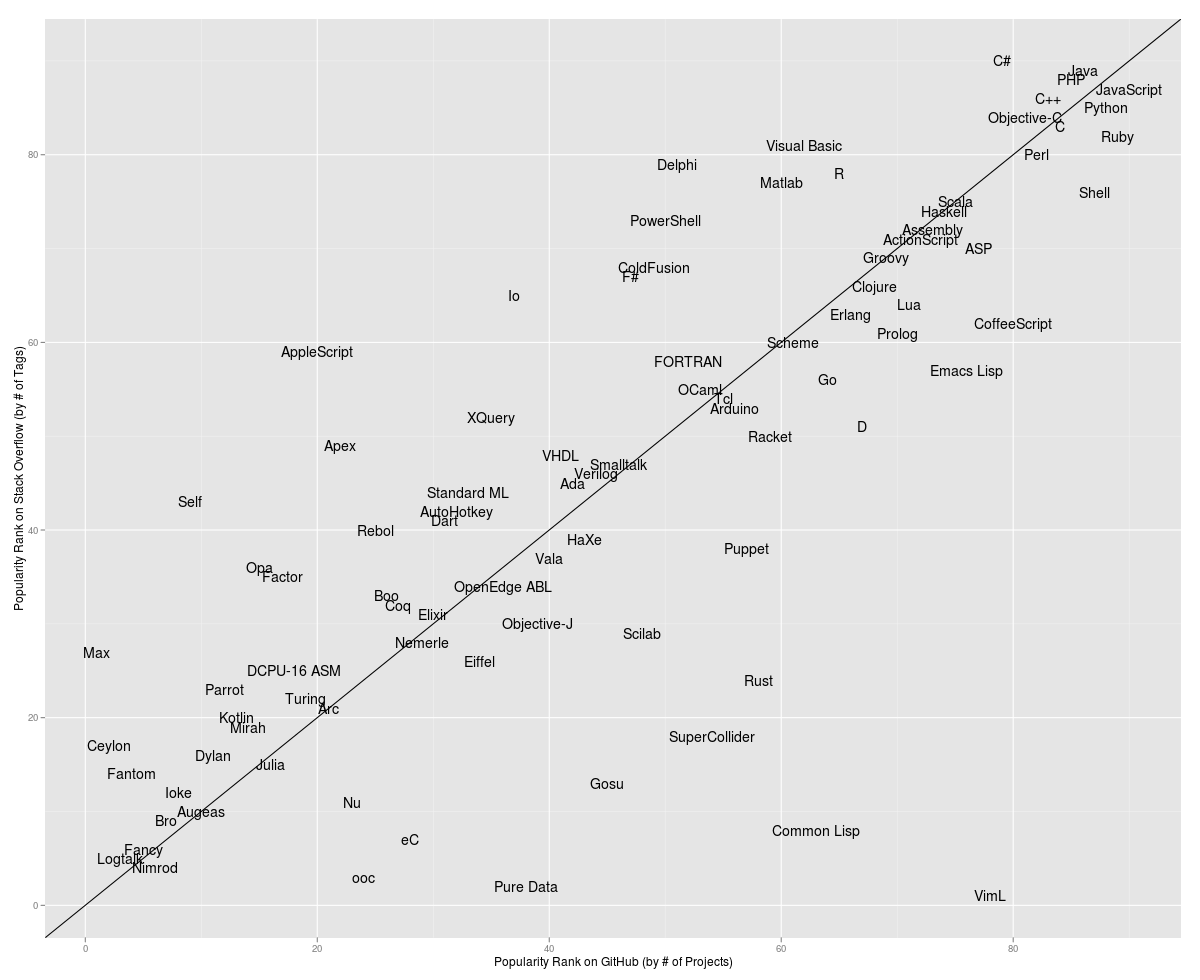 As I’ve written elsewhere, it’s difficult to determine the popularity of programming languages, but getting some idea of what developers actually like to use is one of many considerations for companies who need to hire developers.

No ranking system is perfect, but the RedMonk system has a nice advantage in that they draw on two separate sources of data that correlate nicely and map out into multiple tiers. The graph is pretty hard to read, so RedMonk co-founder and analyst Stephen O’Grady broke it down into a list:

O’Grady notes that Scala, a Java Virtual Machine language used by companies like Twitter and Foursquare, has been slowly muscling its way to the top of the second tier. He also points out that Go, a language developed by Google, has made small but respectable gains in popularity since Conway and Myles first starting compiling this data.