In a big push to go mobile, Pinterest today rolled out an all-new update to its iOS app, Version 2.0. This includes an all-new version of Pinterest customized for the iPad.

The company has also debuted its first ever native app for the Android operating system.

The updates come just on the heels of Pinterest opening up its service to anyone — previously, people needed an invite to be part of the site. On the whole, the Android and iOS apps offer essentially identical functionality: Pinning new content, category browsing, following other users, repinning, and pinning straight from your mobile device.

These new apps are apparently being rolled out at a party in San Francisco with delicious cupcakes (to which it doesn’t seem that TechCrunch was invited, very Regina George of you Pinterest.) Maybe because we dished on how they were thinking about being our neighbors, or the early details on their latest big funding round, or their crazy amazing user growth?

It’s cool, I’m trying to go Paleo anyways. Update: Pinterest says that TechCrunch actually was invited to the fancy party, albeit not in any email that I or my colleagues saw. Guess it got lost in the mail (it happens)? Anyway, more sweets for the rest of yinz reporters and Pinterest peeps.

And anyway, aside from the fancy desserts, it seems like a basic mobile update overall — albeit one that will make their millions of users happy and surely entice many more to see what all the Pinterest hype is about. And as always, this post will be updated if any additional important details come in. 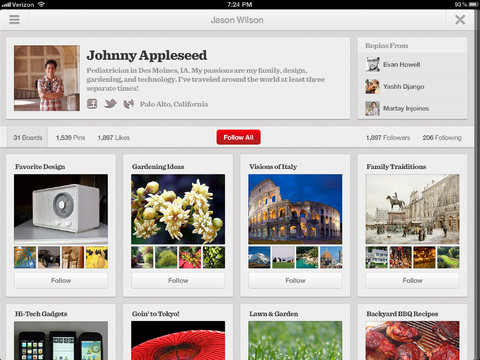 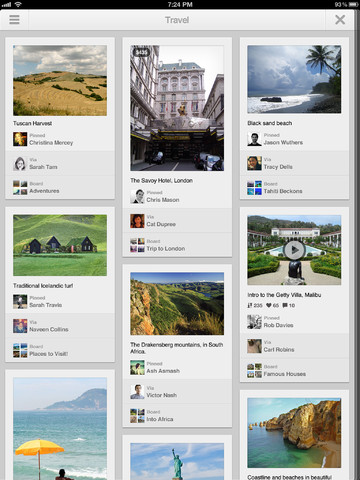 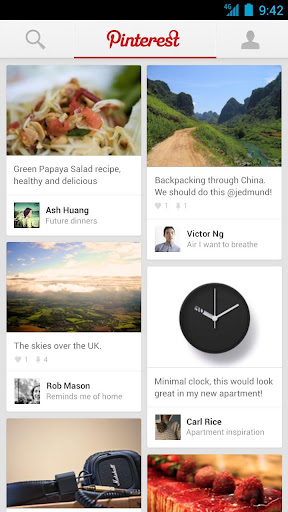 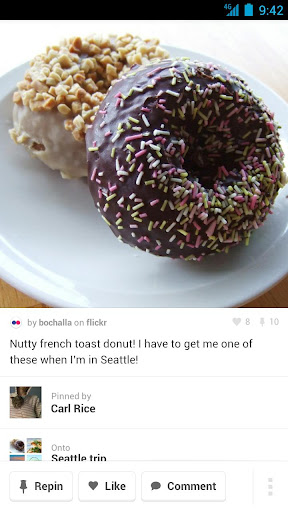