A designer’s eye can change the world, but some don’t know how to build a company. So today, veteran Facebook designer Ben Blumenfeld revealed to me that he’s moving on to co-direct Designer Fund, a community of angels and mentors who support designer-led startups with a positive influence. Blumenfeld’s departure follows a string of other high-level post-IPO exits from Facebook, as employees seek to apply what they’ve learned to projects where they have more control.

Blumenfeld becomes the new co-director of Designer Fund, whose sponsors include Andreessen Horowitz and 500 Startups. In a special interview he tells me how he’ll be helping designers raise money, find co-founders, learn entrepreneurship, and turn their sketches into social good.

Blumenfeld has been on a quest for purpose since he graduated in design from UCLA a decade ago. He hit a wall while designing sites for CBS TV shows like Survivor and Big Brother. Ben tells me he realized “the better I did at my job, the more people I drove to watch television. I wanted to make a meaningful impact.”

His next gig was as a design lead at Magento, a commerce platform later acquired by eBay / PayPal. That’s when he got the big call from Facebook. He knew the company had potential because the Magento interns “would not get off” the social network. But after talking to Facebook’s designers, Ben says “I had this epiphany. [Facebook’s] mission was to change the way we communicate, the fundamental human need.” 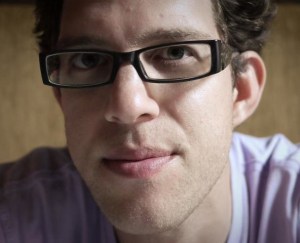 He joined Facebook in early 2007 as a product designer, joining a squad of just five. Blumenfeld worked on growth and platform before becoming manager of the communications design team, confronting one of Facebook’s greatest challenges. “We were building great products, but not doing a great job of guiding people through the changes, or telling them why they were important.” Communication failures were leading to mass protests, misused features, and a sentiment among mainstream users that Facebook was too complicated and unstable.

Blumenfeld set out to make Facebook feel sympathetic to the pains of behavior change. After a stint as a manager he moved back to designing full time with the product team. His last project was critical to the future of Facebook: walking users through the switch to Timeline, Facebook’s most drastic redesign since the launch of the news feed. He succeeded. Rather than being afraid, most users flocked to it. There’s been little unrest, no major flareups from people misunderstanding their new privacy controls.

After five years at Facebook, Blumenfeld had to ask himself, “It’s been amazing, but am I going to be here for five more?” He took a six month sabbatical to travel and mentor, discovering how rewarding it was to pass his knowledge on to startups. Then he was asked a critical question by his friend Enrique Allen who founded Designer Fund as an offshoot of 500 Startups and the Stanford d.School in April 2011: “How do we get more designers to become entrepreneurs?” 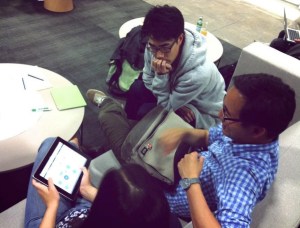 They realized there were meaningful opportunities education, healthcare, the environment, city planning and more, and plenty of talented designers, and that “we’d be able to make a much bigger dent in these problems if designers went at them.” But design school teachers come from the world of agencies, not entrepreneurship, so their students didn’t consider the path of starting a company.

So Blumenfeld decided to leave Facebook, join Enrique as a co-director, and show young designers the way. Together the two have assembled a community of designers and mentors from companies including YouTube, Facebook, Google, Twitter, Path, Flipboard, Pinterest, Cooper, IDEO, and Frog. Along with a16z, and 500 Startups they’ve secured financial support and more from partner firms including Khosla Ventures, North Bridge Venture Partners, Kleiner Perkins Caufield Byers, KKLD, Venture51 and Quest Venture Partners.

When Blumenfeld and Allen asked designers if they’d start companies if given money, mentorship, and connection, “9 times out of 10 we’d hear a huge, emphatic ‘YES!'”

Designer Fund aims to offer these services to their portfolio, operating like a philanthropic angel fund that’s complementary to seed funds, accelerators, later-stage VC firms. It now takes referrals and accepts applications from of designers out to create positive social change through world-scaling technology. It’s first round saw hundreds apply.

Those accepted get folded into Designer Fund’s network and hooked up with the mentors and money they need. Then it offers to make investments in a range including mentorship alone, $5,000+ non-equity grants or equity investments in exchange for .5% of a startup, and larger $50,000 to $100,000+ investments for 5% to 10% or based on existing terms.

Designer Fund is now rolling out investments every six months to companies in Silicon Valley and beyond. Meanwhile it’s hosting educational events, Designer Fair, and meetups as it watches its startups sprout. Outside mentors to its startups and successful founders who go through the program are invited to join become formal Designer Fund advisors, creating a virtuous cycle. 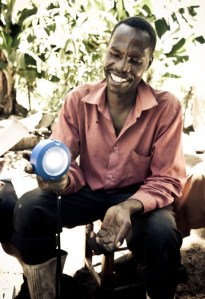 With Blumenfeld and Allen as its only full-time employees, the non-profit’s portfolio is already having an impact. It’s backed Neighborland, helping citizens connect and make good things happen in the community. Solar Mosaic lets people kickstart solar energy projects but see a return on their investment. Launchpad Toys is now an App Store hall of famer that educates children. And Angaza Design is bringing affordable solar energy to Africa so people have light to work and learn at night.

Some of these companies might not earn as much money as an enterprise marketing platform, but they deliver social ROI by benefitting the world. And Blumenfeld says the founders his fund backs are perfect to tackle social issues because “Design is all about empathy; about making something that works beautifully, that delights. Having it work is not good enough, it has to make things better.”