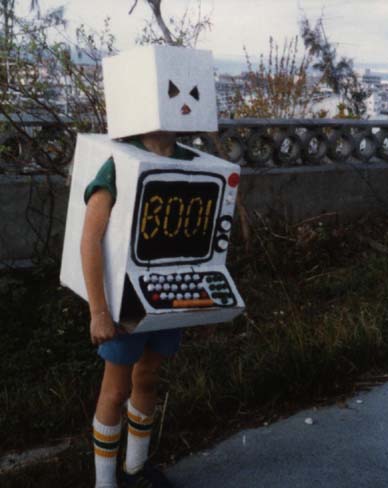 UPDATED. A lot of people like to complain about their experiences on major web platforms such as Facebook, but most of them stick around as users, feeling that the pros outweigh the cons. But Limited Run, a startup that makes a software platform for musicians and labels to sell physical products like vinyl records, says it has reached the final straw with its experience as a small business advertising on Facebook — and as a result is completely withdrawing its presence on the social networking platform.

The core issue is that Limited Run says it has discovered 80 percent of the clicks it is receiving on Facebook appear to be coming from bots, rather than real people. The company explained the situation in a message on its Facebook page (which Limited Run says it will delete in the coming days) which has also been picked up in an increasingly popular thread on Hacker News:

“A couple months ago, when we were preparing to launch the new Limited Run, we started to experiment with Facebook ads. Unfortunately, while testing their ad system, we noticed some very strange things. Facebook was charging us for clicks, yet we could only verify about 20% of them actually showing up on our site. At first, we thought it was our analytics service. We tried signing up for a handful of other big name companies, and still, we couldn’t verify more than 15-20% of clicks. So we did what any good developers would do. We built our own analytic software. Here’s what we found: on about 80% of the clicks Facebook was charging us for, JavaScript wasn’t on. And if the person clicking the ad doesn’t have JavaScript, it’s very difficult for an analytics service to verify the click.

What’s important here is that in all of our years of experience, only about 1-2% of people coming to us have JavaScript disabled, not 80% like these clicks coming from Facebook. So we did what any good developers would do. We built a page logger. Any time a page was loaded, we’d keep track of it. You know what we found? The 80% of clicks we were paying for were from bots. That’s correct. Bots were loading pages and driving up our advertising costs.”

More details on the tracking

I reached out to Limited Run co-founder Tom Mango, who provided a bit more context on the situation. Before building their own analytics program, Mango and his co-founder used six or seven outside analytics services including Click and Google Analytics. Those all showed “roughly the same stats” on the client side as Limited Run’s own analytics program — that 80 percent of visitors from Facebook clicks weren’t registering images from Limited Run’s site, which may indicate that it wasn’t truly being visited by a person. Next, Limited Run built tracking into the server side of their app, where any URLs coming in from their Facebook ad campaigns were logged to Limited Run’s database. Those requests weren’t loading any of Limited Run’s client side assets, either.

Also, Mango says, those visitors were showing up on Limited Run’s servers as “non-standard” user agents. “Essentially they were just not your standard Chrome / Firefox / Safari / IE / iOS user agents,” Mango said. “They were things you would see with random crawlers and bots.” We asked for more information on these — IP addresses on the purported bots, an example user agent string — and will be sure to update this with anything that Mango sends over.

When Limited Run reached out to Facebook, they say they were met with indifference. “Sadly, Facebook would only reply with automated response about how ‘all analytics services track differently’ when we tried to confront them,” Mango said. “To be clear, we spent roughly a month testing this and confirming everything. This wasn’t a weekend project.”

Limited Run is making it clear that they don’t allege Facebook is at all behind the bots. Mango acknowledged to me that it could just as easily be a denial-of-service type attack from, say, a competitor — who wants to run up Limited Run’s advertising bill, knowing the company runs a small, bootstrapped shop. In the end, Limited Run says it’s just disappointed that Facebook is not acknowledging the situation or seemingly doing anything to stop it.

The timing here may be a bit questionable, from my opinion: This all occurred “earlier this year,” Mango told me. So why the wait to publicize the situation? “We’ve been too busy to post about it until now since our site just launched out of beta a couple of weeks ago,” he said. Another reason that the post came today, Mango said, was because Limited Run had another unfavorable interaction with Facebook — the company says it was asked to spend $2,000 on ads in order to change the name on its Facebook business page. that, Mango says, was “the last straw”.

It’s all fair enough, but it’s also helped Limited Run get a lot of attention in its first couple of weeks post-launch. Have the major marketers who have been spending millions on Facebook advertising for years simply not noticed such a thing? It’s possible, but it would be surprising.

Either way, Limited Run has discontinued its Facebook ads and is now planning to pull itself off of the social network altogether. As far as social networking goes, Limited Run plans to rely on Twitter. “Hopefully others are a bit more aware of what they are or aren’t getting out of Facebook advertising in the future having heard about our experience,” Mango told me.

We’ve reached out to Facebook for comment on this situation, and will be sure to update this with any feedback we receive. UPDATE: A Facebook spokesperson emailed the following statement: “We’re currently investigating their claims. For their issue with the Page name change, there seems to be some sort of miscommunication. We do not charge Pages to have their names changed. Our team is reaching out about this now.”

In the company’s earnings call last week, Facebook CFO David Ebersman said that Facebook is actively working on making sure that its social network is populated only by real people — not bots. During the second quarter of 2012, he said:

“We refined and improved our methodology for recognizing what we call duplicate or false accounts. These refinements resulted in an increase in our estimate of duplicate or false accounts relative to our earlier global estimate, primarily driven by emerging markets such as Turkey and Indonesia… Since authentic identity is so important to the Facebook experience, we’ll continue to try and improve our user management techniques with the goal of ensuring that every account on Facebook represents an authentic unique individual.”