It was just a year ago that video distribution specialist Brightcove announced it was entering a new market, with a cloud-based product for quickly building multiplatform mobile applications called App Cloud. Well at this year’s annual Play conference, Brightcove will make App Cloud available for free with an open source license. It’s also making a set of tools available that it hopes will push forward the dual-screen applications market.

Brightcove’s App Cloud is basically like a WYSIWYG editor for app development, designed to allow developers to roll out rich apps for both iOS and Android mobile phones and tablets with a minimum amount of actual programming required. App Cloud provides templates to get developers up and running quickly, but which can also be customized with native code. Once built, App Cloud also contains Brightcove’s Workshop debugging tool, so that users can test and preview apps natively on the device and make changes in real-time, before submitting to the App Store or Google Play.

The new free version of Brightcove’s App Cloud is being made available with an open source SDK, to enable developers to build, test, and debug an unlimited number of apps on their devices. They can compile them, and make them available for Apple iOS and Google Android devices.

It’s more or less a freemium model for app building. With App Cloud Core you can build and release as many apps as you want. But if you want features like real-time analytics, push notifications, and native ads, you can upgrade to App Cloud Pro for $99 a month. And for those who need an even more robust feature set, there’s an enterprise version for high-volume apps with custom pricing plans based upon usage.

In addition to open sourcing App Cloud, it’s also pushing one particular feature set, which could change the way we watch TV. Its App Cloud Dual-Screen Solution for Apple TV uses a set of APIs that will allow tablet and mobile users to have a truly integrated second screen experience. By leveraging Apple’s AirPlay technology, App Cloud users can create applications that use the mobile device as the search and navigation, while the Apple TV plays back video.

While developers today can already build robust dual-screen apps that connect the iPad or iPhone and Apple TV, few apps actually take advantage of the capability. Brightcove’s Dual-Screen solution simplifies the creation of these apps, enabling a whole new level of interactivity for app makers to unlock. It also has the potential to shift viewership habits. Today, most TV apps think of the mobile phone or tablet as the “second screen,” but with these dual-screen apps, Brightcove CMO Jeff Whatcott says it’s the mobile device which is the first screen, since it is being used to control the experience, and it is also where all the program information appears. 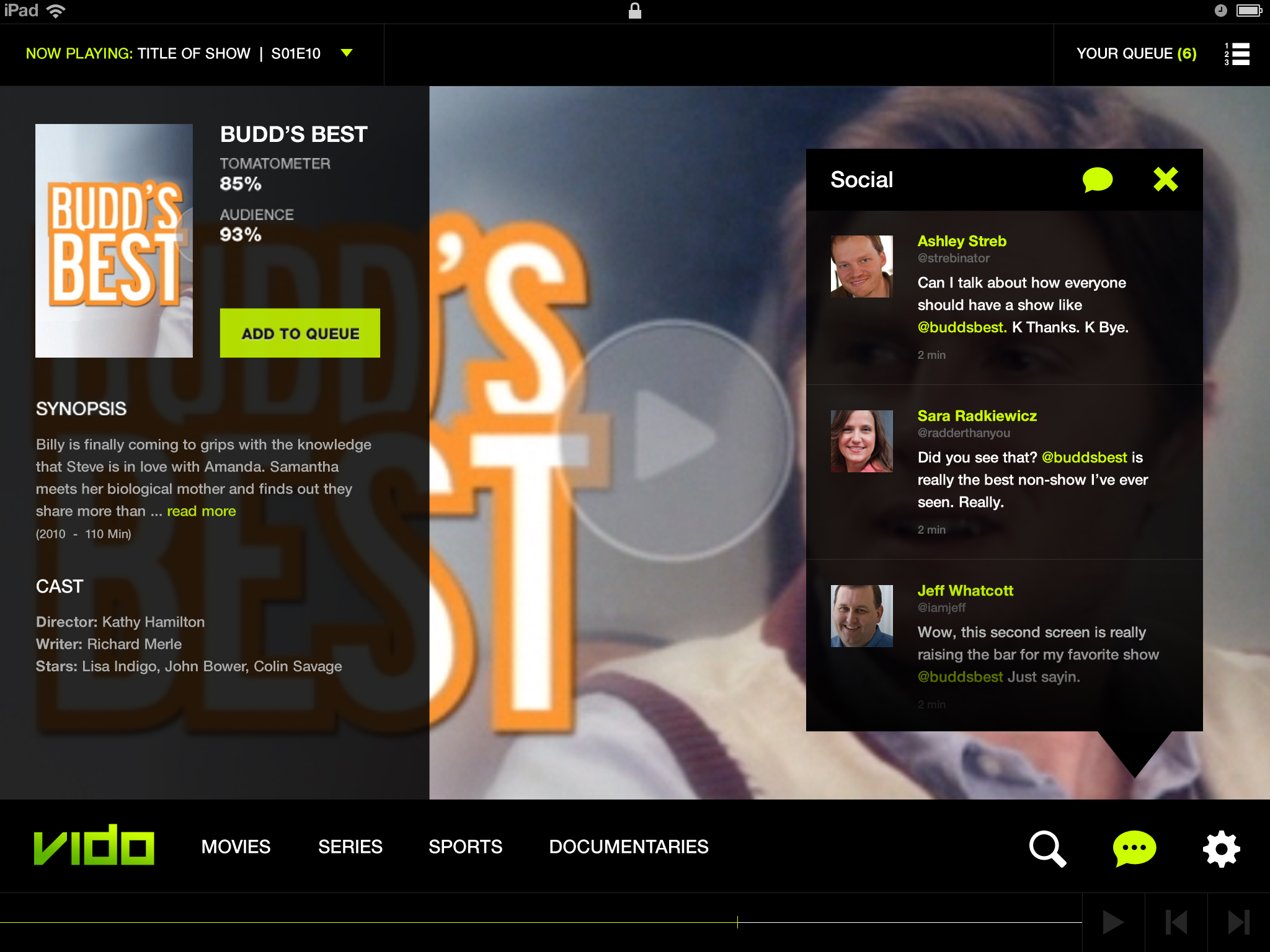