Up until today, Microsoft hasn’t publicly acknowledged the existence of Windows Phone 8 (codename Apollo). After an unfortunate leak last week and a video meant for hardware partners prior to that, a handful of new features in the next build have already been outed. But like most leaks, it doesn’t quite paint the whole picture. They rarely do.

Microsoft is shifting the core kernel of Windows Phone over to one a bit more familiar to developers. Yes, Windows 8 and Windows Phone 8 will be incestuously intertwined at its NT kernel core, the same one that’s been used in Windows proper since XP. The long term vision is to have a unified operating system but at this moment the notion of ‘writing once for all platforms’ doesn’t apply. It will eventually but there are some baby steps to get to that point. A shared core benefits everyone involved: consumers, developers and hardware partners. While Windows Phone 7 apps will work on Windows Phone 8 the same won’t be true in the opposite direction.

Today Microsoft is squarely focused on giving developers a taste of what’s to come. Though they aren’t providing any dev sleds (hardware) or software until later this summer, Microsoft says that “developers will be taken care of.” The first batch of Windows Phone 8 devices will ship this fall.

Microsoft has yet to announce details of how or whether Windows Phone 7 devices will be upgradeable to Windows Phone 8. More here.

Both consumers and developers can expect better hardware (think faster, better) with support for multi-core processors (up to 64), a more powerful GPU for gaming, in-app purchases ($$$ for developers), a faster web browsing experience with IE10, support for SD card expansion, better multi-tasking, a mobile wallet and improvements to enterprise security. 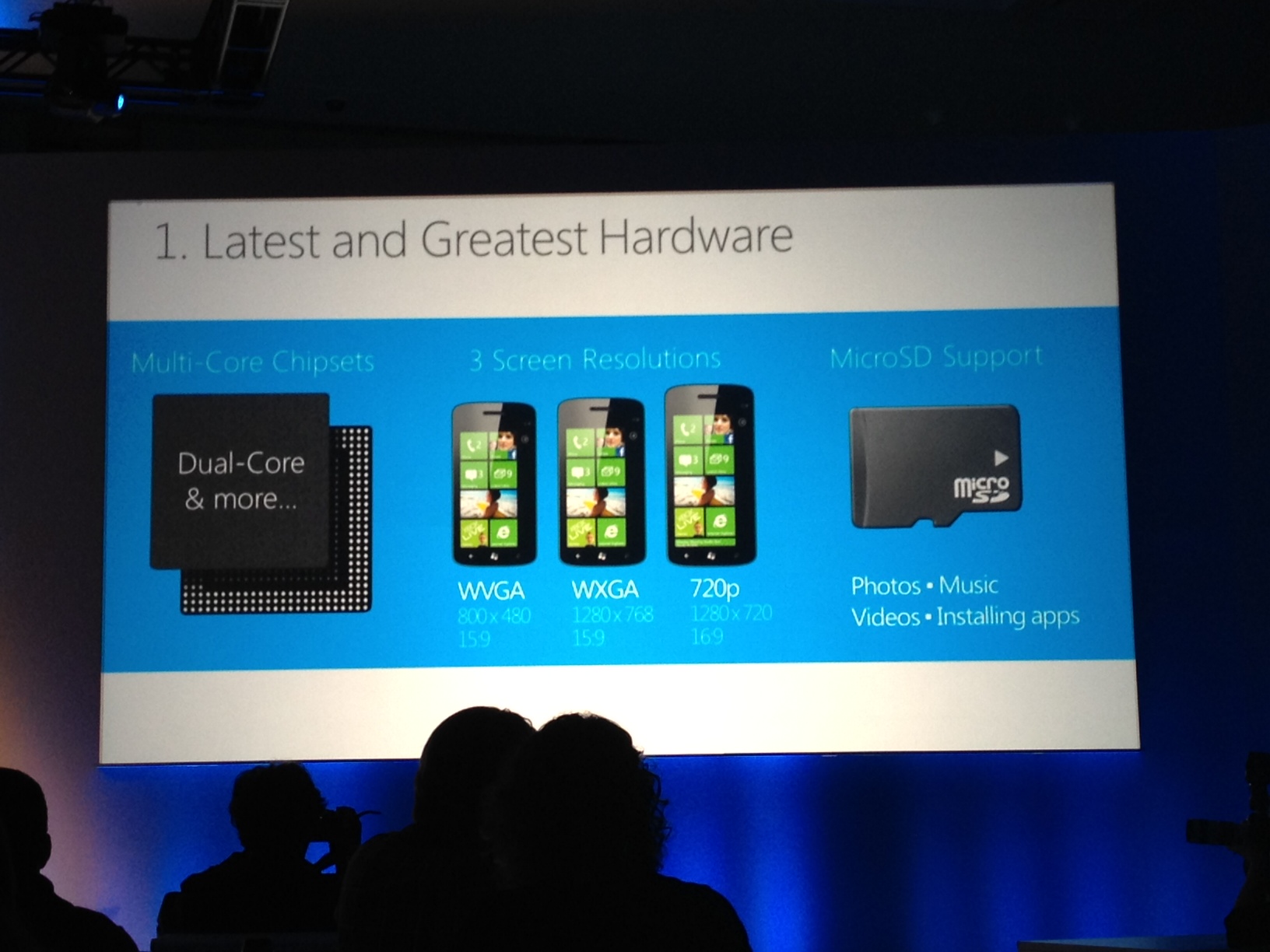 Native code in WP8 will allow developers to simplify the porting process for apps that may already be available for iOS and Android. DirectX, Direct3D, and SQLite can be used for both Windows 8 and Windows Phone 8. 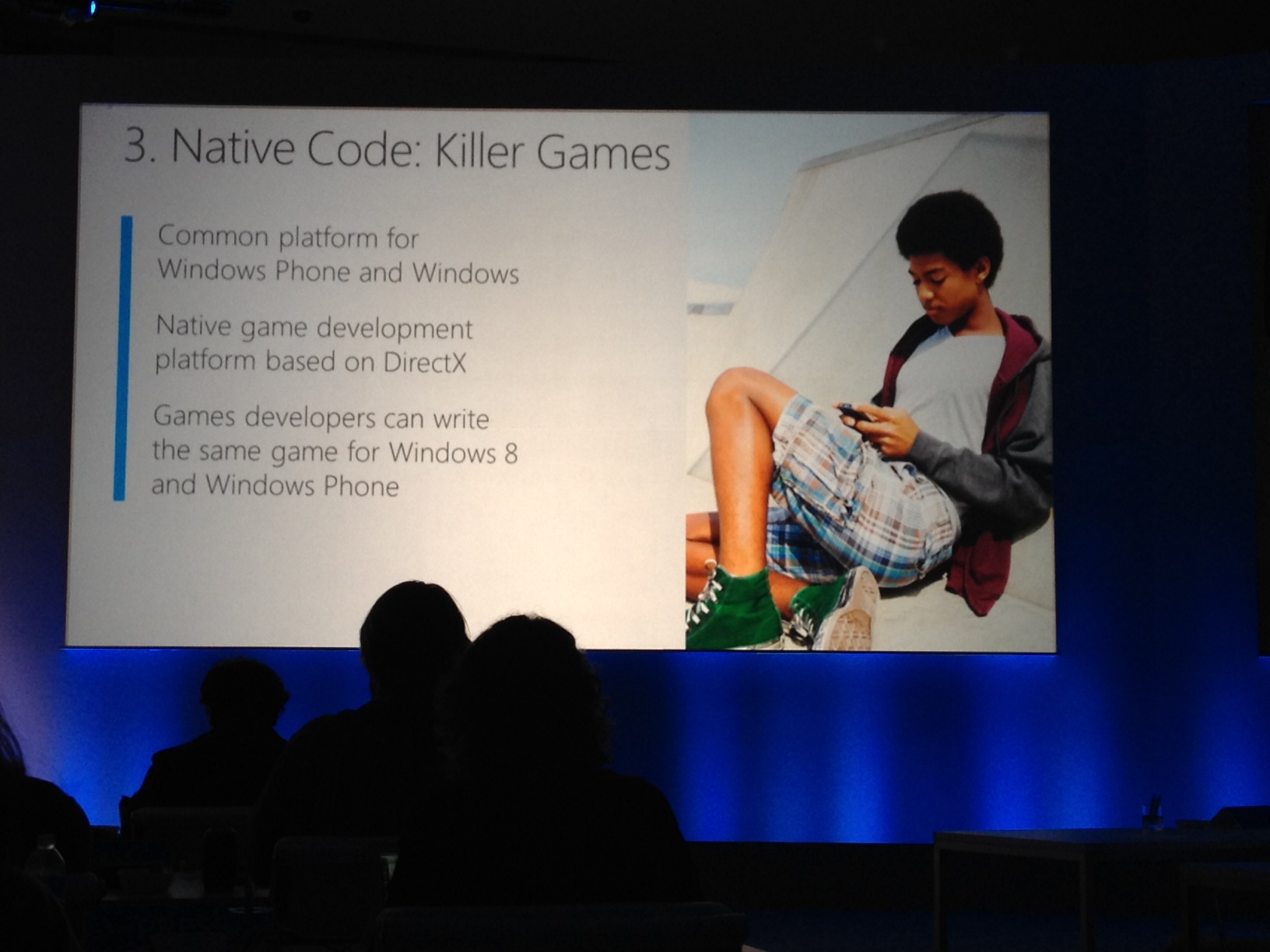 Most notable of the consumer features may be Wallet, Microsoft’s gamble on NFC. The Wallet hub, however, will integrate third party apps, including loyalty rewards programs and the like. Content between devices like a Windows 8 slate and WP8 device can also be shared via NFC by tapping devices together. A native Chase app is on the way this summer. Local deals shared amongst friends or found on the web can also be stored in the wallet hub for redemption on the move. A separate PIN can be used to protect your wallet. 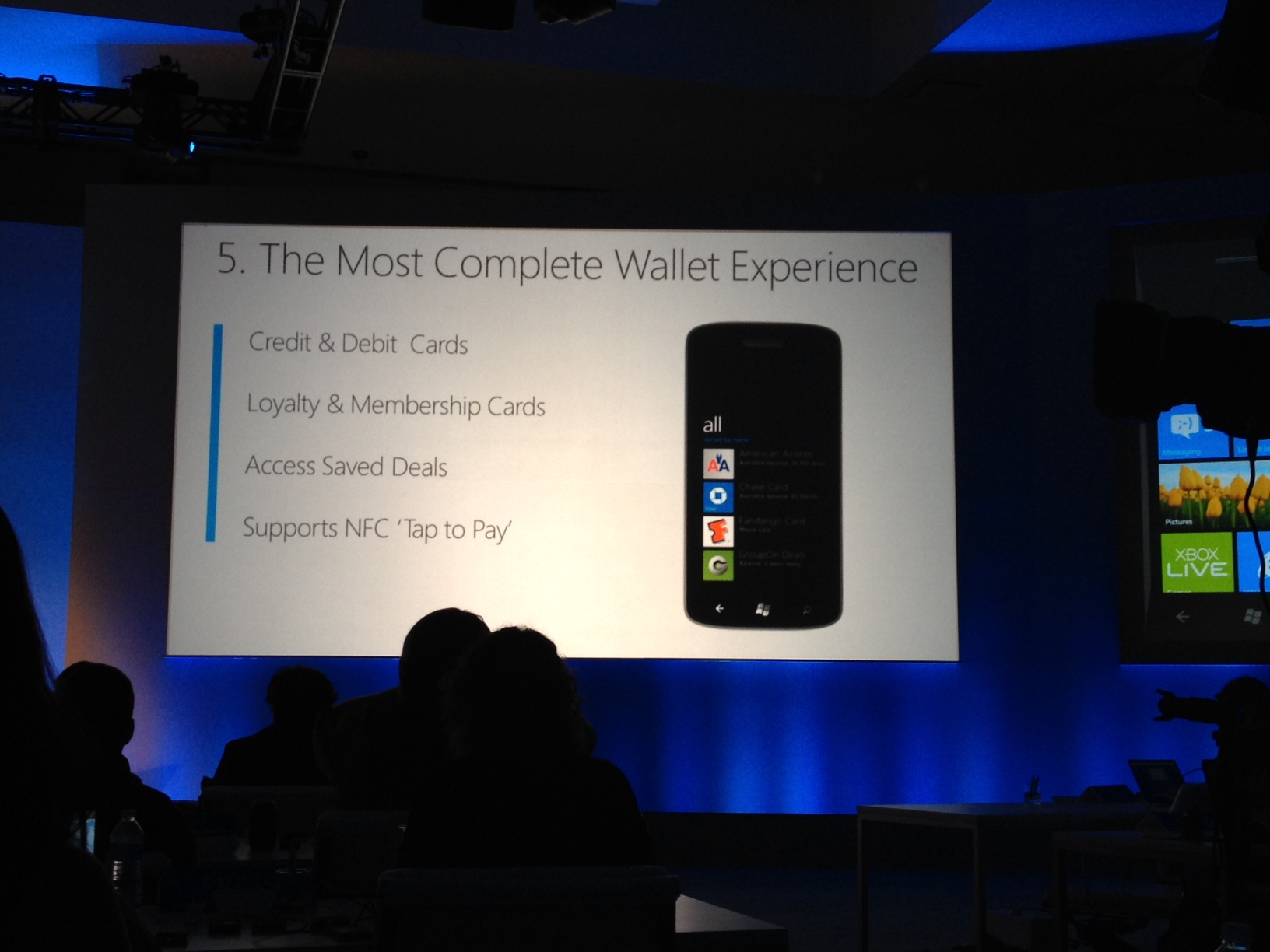 VoIP apps will also function more natively in WP8. And no, Skype will not be baked into the core OS. WP8 will support three screen resolutions: WVGA, WXVGA and true 720p. SD card expansion will be possible for file transfers and you’ll finally be able to side load apps, load music or transfer files from phone to phone.

Nokia Map tech will be rolled out in WP8 as well. Nokia will provide native turn-by-turn in upcoming WP8 devices, including offline support. Location-based apps like Nokia Maps will run in the background, so if you get a text while getting turn-by-turn directions, you’ll be able to check and reply to that text and immediately jump back into Maps without missing a beat. Nokia Maps will replace Bing Maps in WP8. 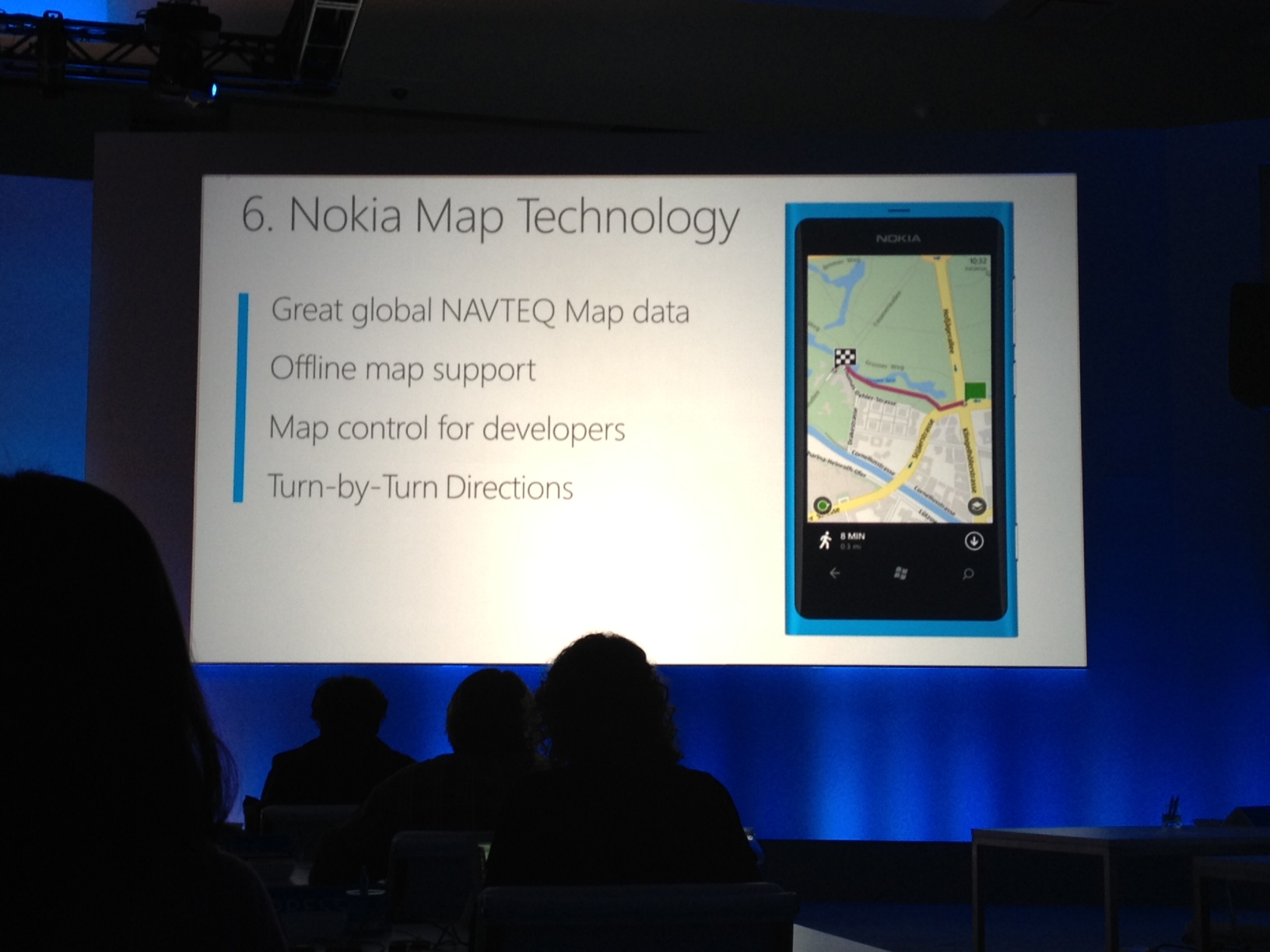 Just how much faster is IE10? 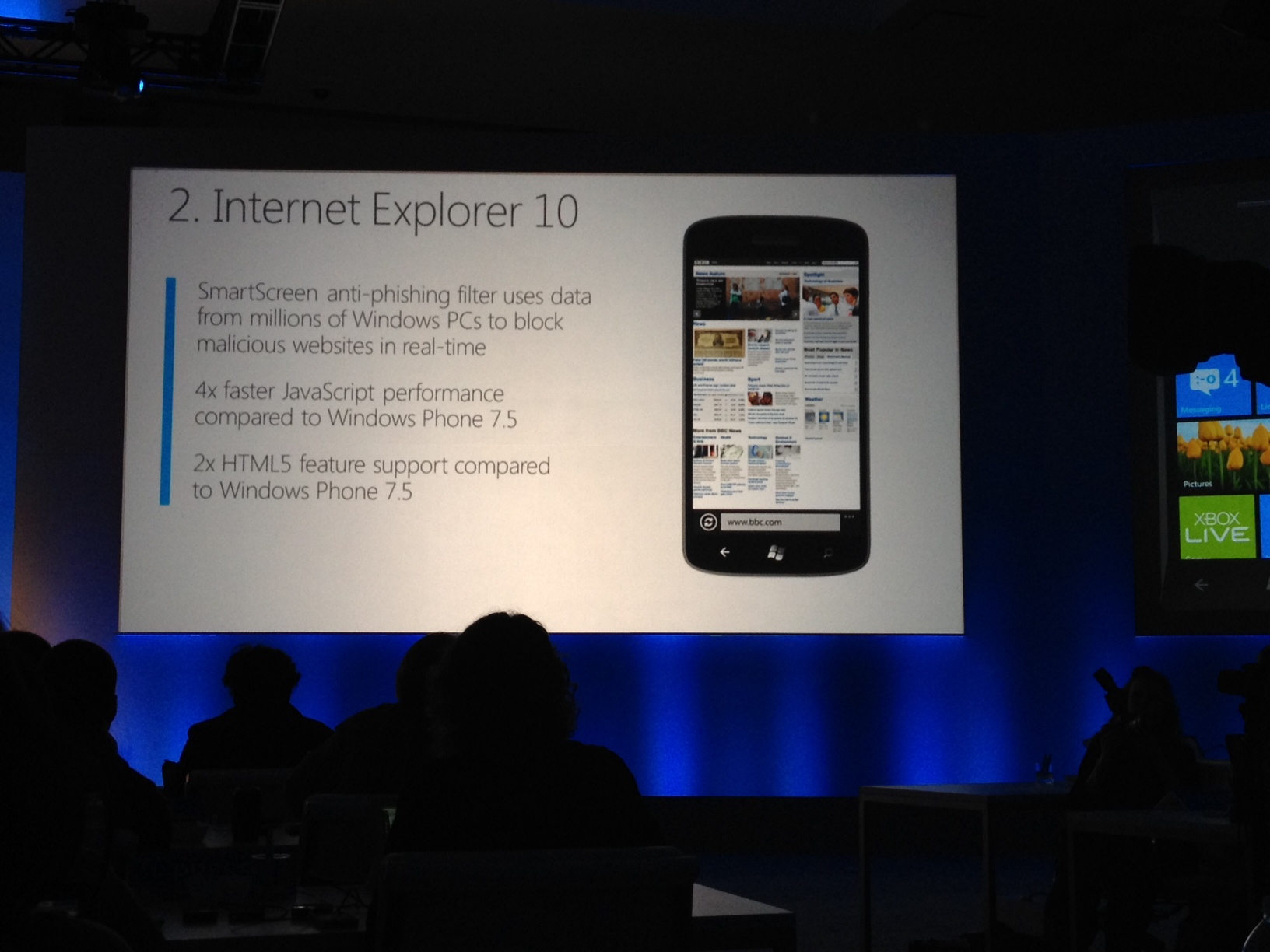 Windows Phone 8 will be enterprise ready with secure boot and a form of BitLocker. App distribution will be flexible and controlled by the business and devices will be able to integrate with software management systems of their own. 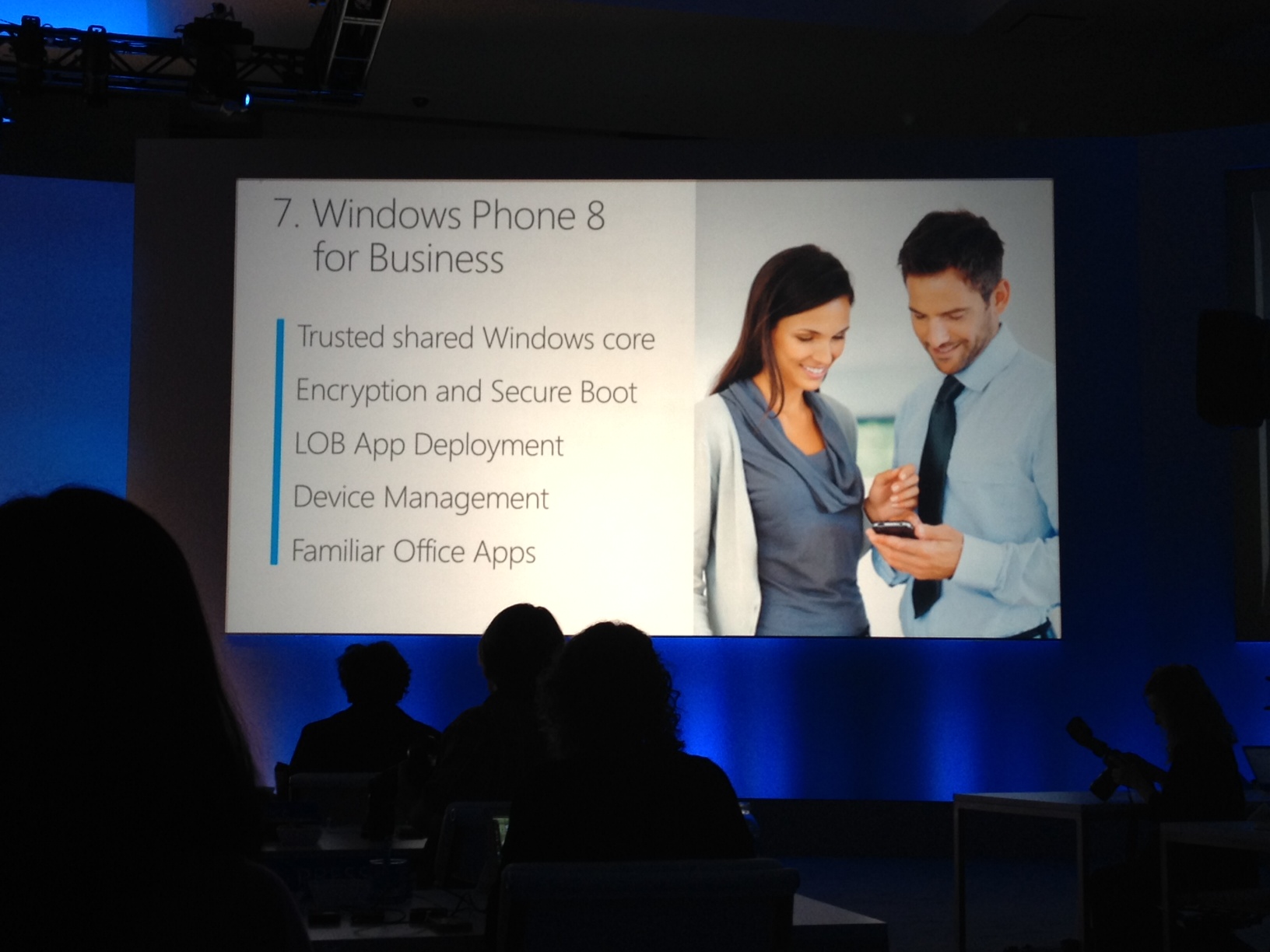 There are now over 100,000 apps in the marketplace with more on the way like Words With Friends and Draw Something.

Monday marked a fundamental shift for the future of Microsoft. Ballmer repeatedly hammered home the importance of unifying hardware and software, something Apple has nailed for quite a while. The Surface appears to be the first arm of the business to wholeheartedly embrace that notion. It doesn’t take a rocket scientist or insider knowledge to know that the Windows Phone team hasn’t been tasked with the same objective. But at its core, the team in Redmond needs to nail the software before they even think about hardware.