The game is over. That game where they get to hire you for 40 years, pay you far less than you create, and then give you a gold watch, and then you get bored, you get depressed, and you die alone.

It wasn’t that fun of a game anyway.

When I had a corporate job I would wake up depressed. I couldn’t move out of bed. The sun would be coming in. A cat on the fire escape staring at me through the window. Even it was more excited to be alive than me. And, by the way, I had the best job in the world. I interviewed prostitutes for a living at three in the morning.

But they were going to kill me in my cubicle.

In 2009 I asked about 10 Fortune 500 CEOs, “did you just use this crisis as an excuse to fire all the people you were afraid to fire before.” Only one said “of course” instantly. The others had to drink more. But then it was admitted: you’re all dead weight and there’s no loyalty.

We’ve entered the “Choose Yourself” era. The era without middlemen. Without The Other telling you your bonus, your salary, your movie can be made, your book published, your seo company funded, your life validated. The era where you have to always be planning your escape. Where you create your platforms on twitter, facebook, quora, pinterest,  blogging, vlogging, itunes, and wherever else and every day you Create and you Innovate and you Sell for yourself. You Eat what you Kill. And your rewards are commensurate with how sharp your teeth are.

So here’s the 10 reasons you need to quit your job right now. And below that I have the methods for doing it.

1) Safety. In ancient history you would start as the shoeshine boy, move to the mailroom, impress someone with your go-get-it attitude, become an assistant account executive, move up the ranks, move horizontally to another company, get promoted again, move vertically, horizontally, zig zag across corporate America and eventually retire with your IRA savings. The myth was over in 2008. It never really existed but now we know it’s a myth. You were addicted to the stability. The white picket fence. Getting away from home for ten hours a day. I understand. But it was an addiction. And the fix is gone. Your job was never safe. And it’s less safe now than it was yesterday. A billion people in China need a job and they are gunning for your cubicle.

2) Home. Everyone thinks they need a safe job so they can save up to buy a home and also qualify for a mortgage. Mortgage lenders at the banks like people who are like them – other people locked in cubicle prison.  They want to see an income statement. A tax return. A credit check. A stability check. A note from your therapist. Everything that proves you are a reliable human just like them. Well now you don’t need to worry about that. Here’s why you should never own a home in the first place. Save yourself the stress.

4) Your boss. Most people don’t like their boss. Its like any relationship. Most of the time you get into a relationship for the wrong reasons. You were too young. You didn’t know what you wanted. You really loved the other girl but she rejected you. Eventually you’re unhappy. And if you don’t get out, you become miserable and scarred for life. That’s why 1 in 2 marriages end in divorce. That’s why you need to quit your job.

5) Your coworkers. Look around. Are these the people you were meant to spend the rest of your life with. You will spend more time with them then you will spend with your children.

6) Fear. We have such a high unemployment rate, people are afraid if they leave the job they are miserable at, they won’t be able to get a job. This is true if you just walk into your boss’s office and pee on his desk and get fired.  But its not true if you prepare well. note that we’ve just had 26 consecutive months in a row of private sector job growth. Much of that is people working at one or two-person companies (i.e. “startups”).  More on that in a bit.

7) The Work. Most people don’t like the work they do. They spend 4 years going to college, another few years in graduate school, and then they think they have to use that law degree, business degree, architecture degree and then guess what? They hate it. They made a bad decision when they were 18. They chose “LAW”. Or “ECON”. But they don’t want to admit it. They feel guilty. They are in debt. A trillion dollars in debt backed by the US government. No problem. Read on.

8) Bad things happen. You start to get depressed and you don’t know why. You start to feel like your life didn’t add up to what it should’ve. SOMETHING WENT WRONG. You start to physically ache. You get nervous about bonuses, promotions, who gave credit to who? You play politics (an ugly game), you fantasize about selling diet pills (Tim Ferris did it!), adults yell at you for irrational reasons, you have sex with another girl at work. Now work is like one big sexually transmitted disease.  And it gets worse and worse. You don’t want to look back at your life and say, “man, those were the worst 45 years of my life.” That wouldn’t feel good.

9) The economy is about to boom.  I don’t care if you believe this or not. Stop reading the newspaper so much. The newspapers are trying to scare you. Bernanke just printed up a trillion dollars and airlifted it onto the US economy. Who is going to scoop that up. You in your cubicle? Think again. And just what is a “Greece”? Is it that tiny country with the economy the size of Rhode Island that other countries have been supporting since Augustus paid all their bills in 20 BC? Just what are they?

10) Your job has clamped your creativity. You do the same thing every day. You want to be jolted, refreshed, rejuvenated.

Note: I will grant some people love their jobs. This is not for them but the 90% who don’t.

Good point. You need to prepare. Its like training for the Olympics if you feel now is the time to move on from your job. You need to be physically ready, emotionally (don’t quit your job and get divorced on the same day for instance), mentally (get your idea muscle in shape) and spirituall all ready.

The posts that will help you quit your job. To quit, at least follow the ideas in the first post:

In the above link, it’s not about starting a business. It’s about finding what your frontier is, how to explore it, how to test the waters and move beyond it. I’m not saying I can do this. I’ve hit my boundary so many times and bounced off that I have six broken noses to show for it.

Note #0: Why is this on techcrunch? Because all people want to know that they have a choice. That they can eat what they kill. That in the “Choose Yourself” era it’s ok to make the leap into the unknown, in the abyss, do your startup, save the world, deliver value, invent, create, make money, and have fun. You don’t have to do what is expected of you.

Note #1: I get a lot of criticisms from anonymous people in the message boards. Claudia begs me, “Don’t look at the message boards unless you talk to me first.” Because she knows I’m an addict. I tell her ‘ok’ but I know I’m going to look. Because that’s what addicts do. I’m not selling anything. If you want any of my books and can’t afford then write me and I’ll send for free. I’m not pushing any agenda. I have nothing to gain by you quitting your job.

Note #2: Sometimes people criticize the “list” format in these posts. “10 reasons” for this. “10 reasons” for that. About 20% of my posts are lists. Not so much. Read “Happiness this Second”  for a recent non-list post. And Charlton Heston clearly didn’t mind lists when he came down from Mt. Sinai with “The 10 Commandments”, the very first blog post. 3500 years later and still getting clicks. 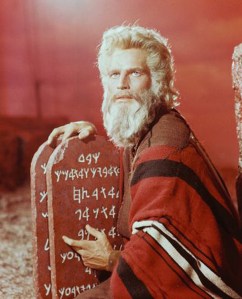 I don’t mind when people critique me when they’ve lost, quit, or have been fired from as many jobs as I have. Or lost a home. Tried to raise two kids with almost nothing. Been as desperately unhappy as sometimes I’ve been. This doesn’t qualify me for anything, of course. Maybe it disqualifies me. Who cares?  A lot of people have had much worse than me. And I’ve been very blessed as well. I’ve been able to come back.

Sometimes  you can build back up. And sometimes you just think, “How the hell did this happen to me again”.  My goal in these posts is to help people maybe think for a split second they can reduce some stress in their lives, they don’t have to go through what I went through, they can throw themselves into experience and still come back alive, and at the end of the day, they can use some of these ideas to live a better and more fulfilling life. I’ve had that experience and I like to write about it.

Later tonight I’m going to give my two daughters, ten and thirteen years old, two choices and ONLY two choices. Either they watch “Star Wars” with me or they watch “Schindler’s List”. And if they don’t like either choice then maybe I’ll just sit by the TV with some ice cream and watch all by myself.