Eduardo Saverin may no longer be a U.S. citizen. But that’s not stopping him from investing in American companies.

In fact, he just closed a deal. He’s backing Crowdmob, a startup that’s blending app promotion with discounts from local merchants. The startup’s long-term ambition is to play in the mobile wallet space, where phones may eventually become a mainstream way of paying for real-world goods and services. (That is, if they can become easier to use than a credit card or cash.)

The company, which already took some earlier seed investment from Andreessen Horowitz, has a couple products up its sleeves. One is something they’re calling ‘Appy Meals,’ which combine a paid app for free with a discount on a real-world good like the Starbucks Frapuccino below. It kind of mimics the way you’d buy a hamburger and a get token toy, except that toy is now a digital one like a game. 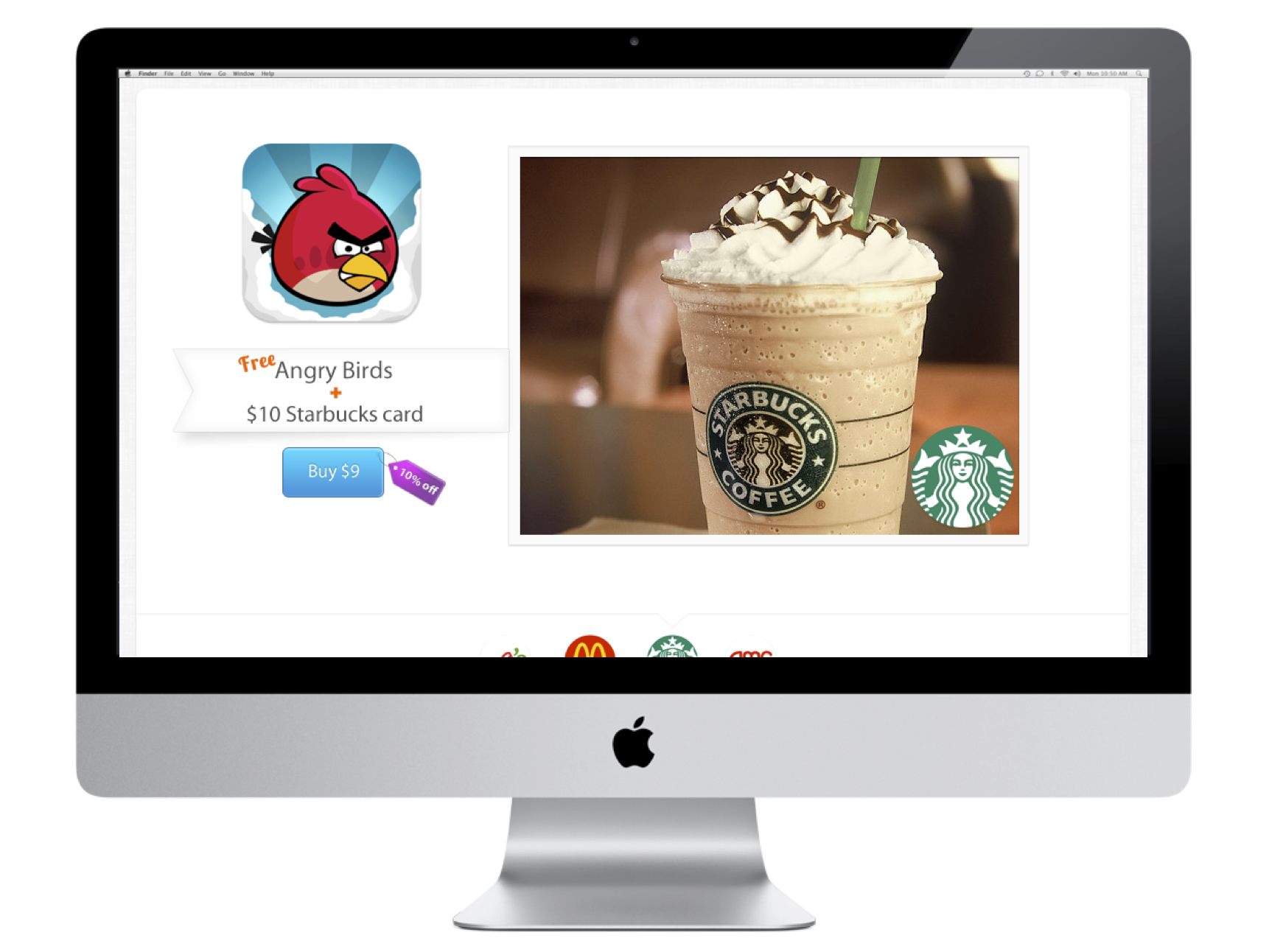 Crowdmob’s co-founders Damon Grow, Alex Han and Matthew Moore, who is an ex-Googler, say that games are a good way to lure in consumers, who are already comfortable with using their phones to pay for apps or virtual currency. Games and social networking apps have the highest engagement on iOS and Android, according to research from mobile analytics companies like Flurry.

They’ve built several variations on the same idea of mixing real-world commerce with virtual goods. With another product, they take the same “appy meal” mechanic and apply it to in-app purchases instead of paid apps. Gamers can buy virtual currency and gift cards for real-world goods like Starbucks or movie tickets inside an app (see below).

Yet another variation on the concept called Loot lets gamers watch video ads in exchange for virtual currency that can be redeemed for gift cards. Loot was built because the team knew that only a small percentage of mobile app users actually pay for things in games. So there had to be a free alternative.

“Not everybody is going to pay because many users have limited budgets,” Grow said. “So we knew that we had to disrupt ourselves  by having a feature where consumers didn’t have to pay and that was Loot.”

All of this goes toward building a payments network. Whenever a user makes a purchase, they’ll be able to pay with their credit card or PayPal. Then they can redeem the deal with their phone, which will show a barcode, confirmation number or send an SMS (whatever the merchants’ preferences are). They’ll have to create a CrowdMob account, so that’s how the company picks up payments information on consumers to grow out a network for a mobile wallet. Users manage their rewards in this mobile wallet and it’s synchronous across all the user’s CrowdMob accounts, whether they earned a gift card through watching ads or purchased it as part of a virtual happy meal in another game.

“We want to win consumer mindshare,” said Moore. “Doling out all of these gift cards will help us get on more phones. When consumers redeem these, we’ll be able to show the merchant that we drove them to the store.”

The race to build a ‘mobile wallet’ is incredibly complicated right now. Google Wallet’s team fell apart over the last several months as the original technical team that built the product chafed with newer middle management brought over from Paypal. The carriers are collaborating on their own wallet offering called Isis, but when have the carriers ever cooperated on a successful consumer product? Then Visa recently introduced V.me and Mastercard launched its PayPass Wallet Services in the last month.

Saverin shied away from doing an interview for this story, but he did pass us this statement: “I really like the team at CrowdMob and their vision to create a mobile wallet that is embedded in an overall social loyalty platform where virtual and real goods can be exchanged; this platform is an important next step in a fully integrated mobile society.”

He did do an interview with The New York Times yesterday where he said his decision to relinquish his U.S. citizenship had nothing to do with the lower tax rates that Singapore has. Saverin has amassed a little bit of a portfolio here in the U.S. with investments in Jumio, ShopSavvy and Qwiki. Since all of these investments have happened in the last year or two, it’s still too early to tell how his deals will pan out. It will be nearly impossible to top the investment that made him a billionaire, but you can never rule anything out in this business.. 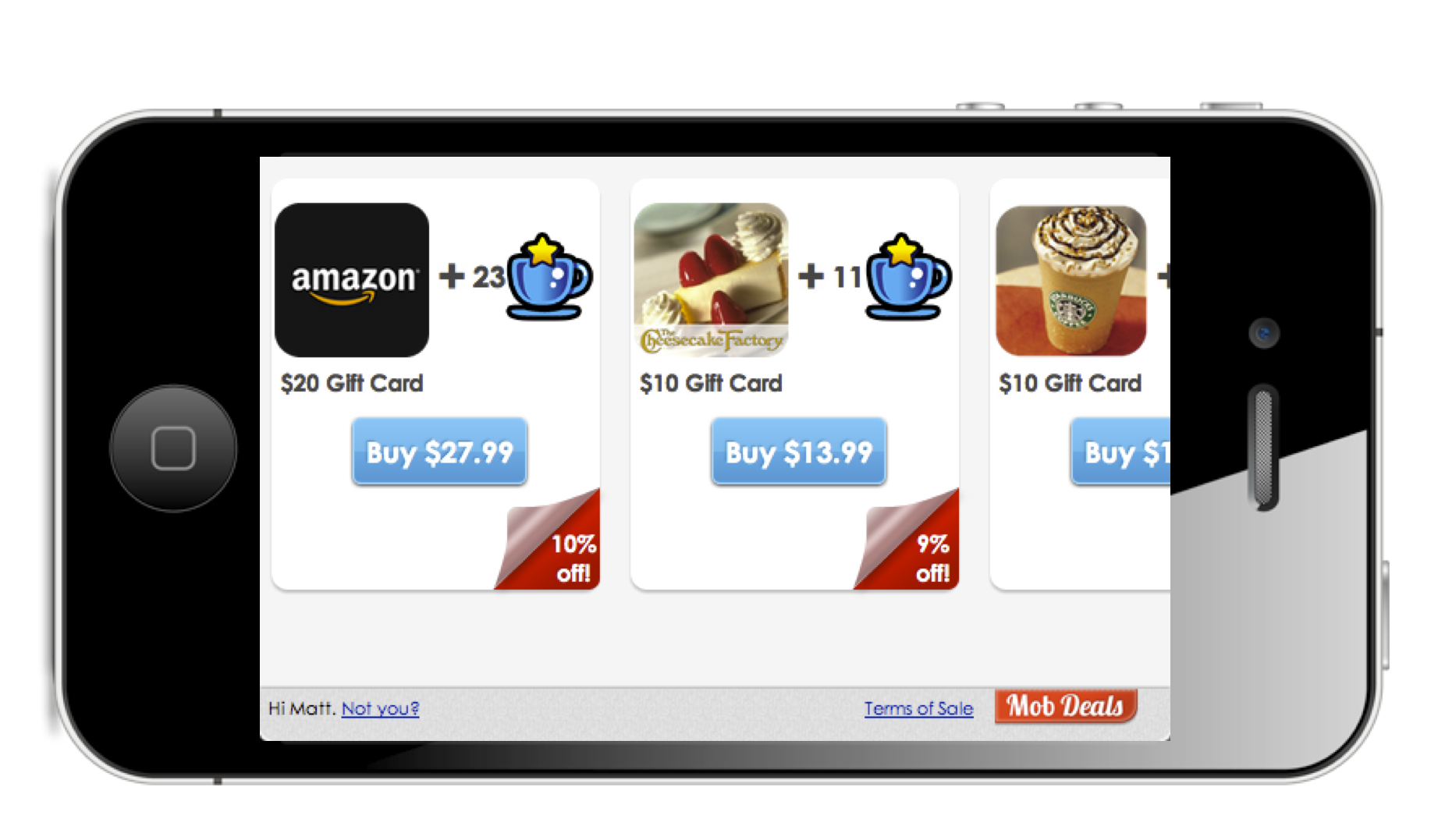