Lenovo rolled out its latest notebook today. It is, in a word, spectacular. The Chinese company proves time and time again that Apple isn’t the only company capable of producing class-leading designs. Lenovo’s 14-inch X1 Carbon shown here by Engadget is everything an anti-MacBook Air should be. If there was ever a true MacBook Air competitor, or, if you will, a notebook that lives up to the ultra part of the Ultrabook name, it’s the new Lenovo X1 Carbon.

This Lenovo X1 Carbon is a refresh of last year’s X1, but it’s more than just a spec bump. The computer is mostly all-new and manages to weigh less than the older version even though it packs a larger, 14-inch 1600 x 900 screen. Packed inside the carbon fiber chassis is an Intel Ivy Bridge CPU, optional 3G connectivity, and Lenovo’s Rapid Charge feature that promises to refill the battery to 80% in just 30 minutes. Lenovo has yet to announce the price or release date, but don’t expect this notebook to have a low price tag. The current X1 starts at $1000, but can quickly climb north once options are checked. 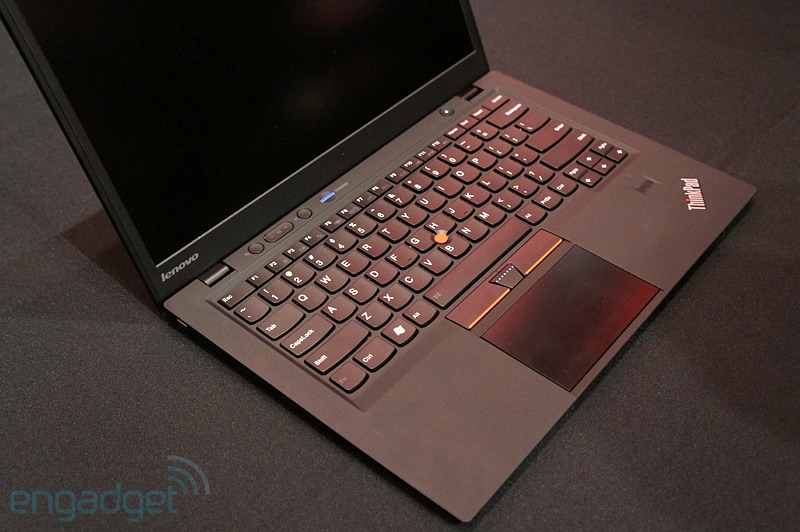 Lenovo took the reins of IBM’s personal computer division in 2005. The company wisely changed very little concerning the notebook design. A ThinkPad from 2004 looks very similar to a ThinkPad of today save for a few millimeters trimmed here and there. Everything from the logo placement to the trademark red pointer nipple is in the same spot. Even the casing’s color is the same. But overtime Lenovo’s designers have kept up with the Joneses and added chiclit keyboards, button-less touchpads, and the like. Lenovo changed the minor things while still maintaining the ThinkPad’s trusted identity. Meanwhile the rest of the PC industry seemingly fired their design staff and instead bought a photocopier and a MacBook Pro.

It’s hard to look at the rest of the PC notebook scene and not see Apple’s influence. The latest Dell XPS is a Dell-ified MacBook Pro. Vizio’s first notebooks are exact copies of the MacBook Air. Samsung’s latest ultrabooks might as well say MacBook Air instead of Samsung under the screen; they are nearly the same thing. Toshiba, once a staple in the PC world, is even using Apple’s trademark design cues to attempt to bolster sales. HP is the worst offender though. The original HP Envy was a blatant MacBook Pro ripoff when it debuted in 2009 and several generations later it is still hard to deny the influence. HP’s latest model lines still use the MacBook Pro’s design as a springboard.

Companies often deflect questions concerning similar designs by saying something about how there are only so many ways to design a thin laptop. That’s pure malarkey and they know it. Design is what sets products apart. It’s the great differentiator and often wins out over even price. When Art. Lebedev Studio introduced the Optimus Maxiums keyboard in 2006, it was instantly praised for it’s forward-thinking OLED keys even though it was projected to cost north of $2000. Design wins when done well and first. History does not care about the clones. 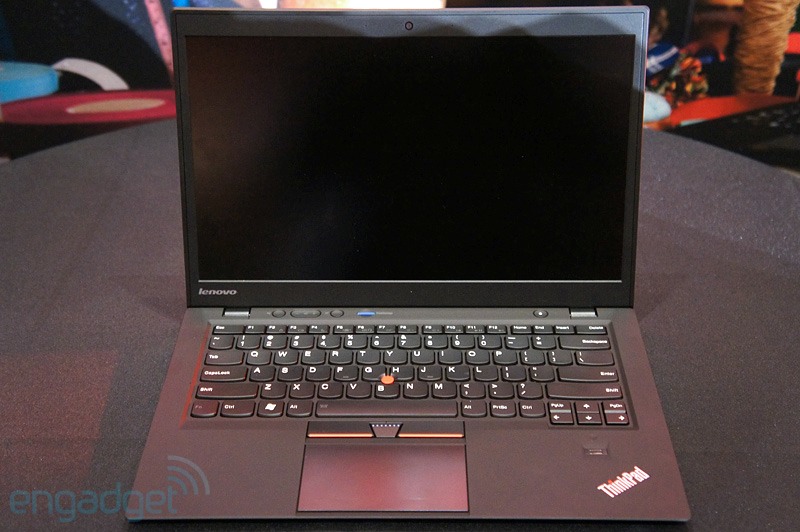 While Lenovo is in the minority, the company is not alone at designing notebooks without Apple’s help. Asus knows how to make a good looking kit as well. A designer at Dell clearly managed a sort of coup with the company’s first ultrabook, the XPS 13. Sony does it model after model, seemingly designing its notebooks in a vacuum, void of any external distractions as they look like nothing else.

Right now the new Lenovo X1 Carbon is the only notebook I would get save a MacBook Air. I would opt for this Windows machine over a current gen MacBook Pro. I’m not loyal to either operating system anyway. The Lenovo gets everything right including integrated 3G wireless and high resolution 14-inch screen. But that might change once Apple rolls out its next iteration of the MacBook Pro that’s said to have a thinner design (no optical drive), a super high resolution screen, and an Intel chipset with an Nvidia GPU. That said, even if the next MBP is a sort of wunderkind, Lenovo will continue to find success and fans as long as they stay the course and produce notebooks like the X1 Carbon. 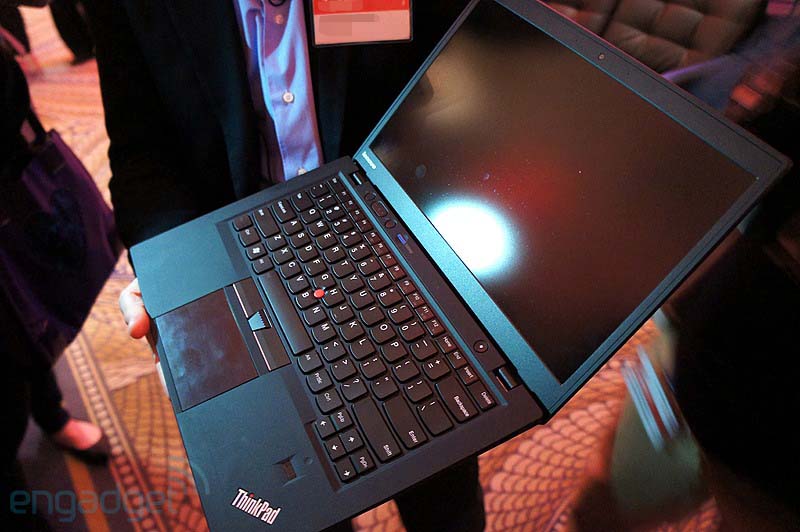