Stipple, the advertising startup that helps Web publishers monetize their images, just announced that it has raised $5 million in a Series A round of funding.

The company already raised a $2 million seed round from Kleiner Perkins Caufield & Byers, Mike Maples’ Floodgate, Justin Timberlake, and others. Floodgate and Relevance Capital led the new round, and there’s a long list of other investors:

Stipple allows publishers to label and share people, places, and things in their images. Those images can in turn be used for monetization through commerce or advertising — for example, if you label a piece of clothing in a picture, Stipple can allow the reader to buy that clothing. Companies like Luminate and ThingLink are trying to do something similar, but CEO Rey Flemings says that with millions of tagged images, Stipple has the the largest “corpus” on the Web, and it’s adding 1 million new images per month. He also says there 4,000 active publishers in the Stipple network, adding up to more than 3 billion monthly pageviews.

Flemings says the money will be used for the usual things — growing the team and improving product, with a focus on mobile commerce. The next version of Stipple is scheduled to open to the public in mid-June. 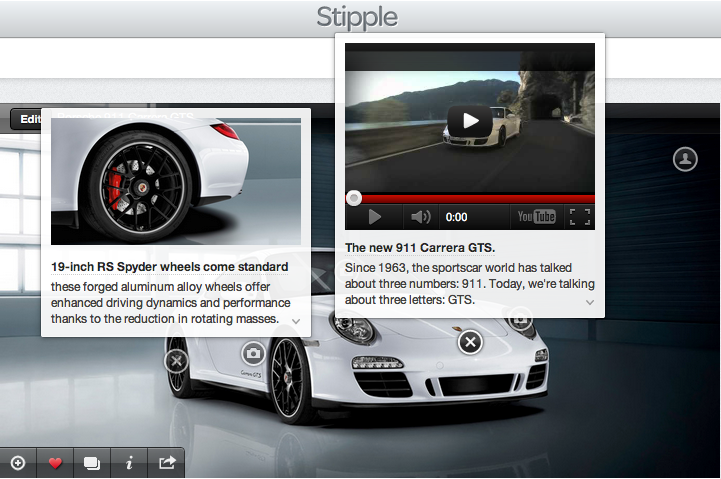