There is a chapter in the history of technology startups, or perhaps more a book, that will be dedicated to Berlin. As with other cities, but particularly those that, in 2012, are attracting what I like to call The International Brigade of startup entrepreneurs, Berlin is plowing its own path… its own, distinct, ecosystem. But there is something uniquely Berlin about how this history is playing out. For if this were the Middle Ages, we’d be talking that time when the villagers began demanding more rights from the feudal, Teutonic knights. Perhaps rising up to reclaim their destiny. Just as Berlin started out with a handful of entrepreneurs dominating the scene – sometimes unwilling to share the wealth with their serfs in the field – now a new wave is bringing a new, collaborative and organic approach.

To that end, this new wave has already begin to manifest itself physically. Two years ago, on a winter’s day in Berlin, I sat in a coffee shop with Alexander Ljung and David Noël of SoundCloud talking about this new breed of startups. “We’re mentoring each other. It’s starting to happen,” said Ljung, excitedly. Then, earlier this year, I met a man sitting behind me at a dinner in Munich. He tapped me on the shoulder. “I have something to show you,” he said. I turned around and he proceeded to show me pictures of a giant building that sat on the old border of East and West Berlin. “We’re building a factory,” he said, with a smile. This week, that ‘factory’ breaks cover. 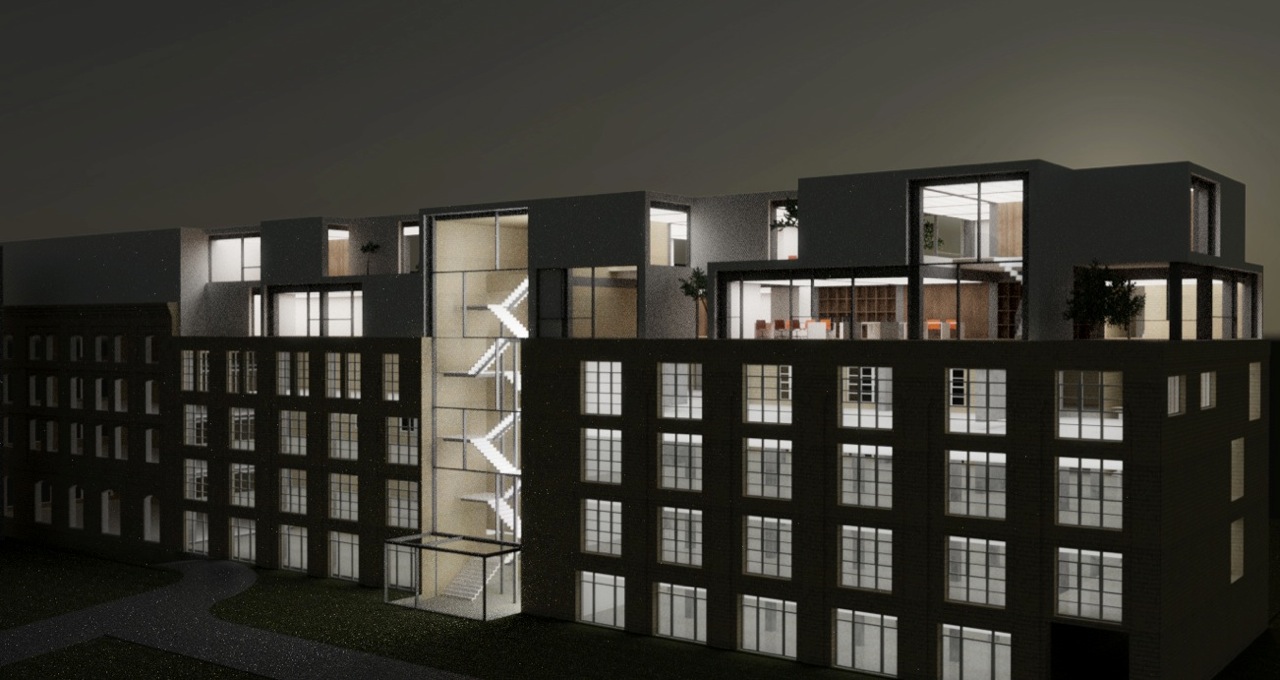 JMES Investments, a Berlin based Angel and Seed Investor has partnered with a large property company, s+p Real Estate, and together with private investors, have have acquired and begun to develop an 8,500 square-meter office building. It stands on the site of the former Oswald Brauerei building in Berlin’s central Mitte district (on Rheinsberger Strasse, at the corner with Brunnenstrasse, here). The space will become a new tech hub comprising a startup incubator and accelerator programs with office space for Berlin’s ‘most successful’ – as they call it – startups.

JMES, an Angel and Seed Investor currently has a portfolio of just under 20 companies. Its team comprises investors Udo Schloemer, Sascha Gechter, Marc Brucherseifer, Andreas Hoffmann and Simon Schaefer have recently invested in Silicon Allee, Moped and Monoqi amongst others.

“We are creating a campus where startups can learn from each other and use collective knowledge to overcome early stage hurdles,” says Simon Schaefer, partner at JMES, and also the man I met in Munich.

The idea of the factory is no doubt familiar to anyone following the startup scene. The idea is to bring together successful entrepreneurs, early stage startups and ideas into one space. But alongside the offices and a large conference area will be a fitness room, basketball court, restaurant and a deli and – this is Berlin after all – an art gallery. 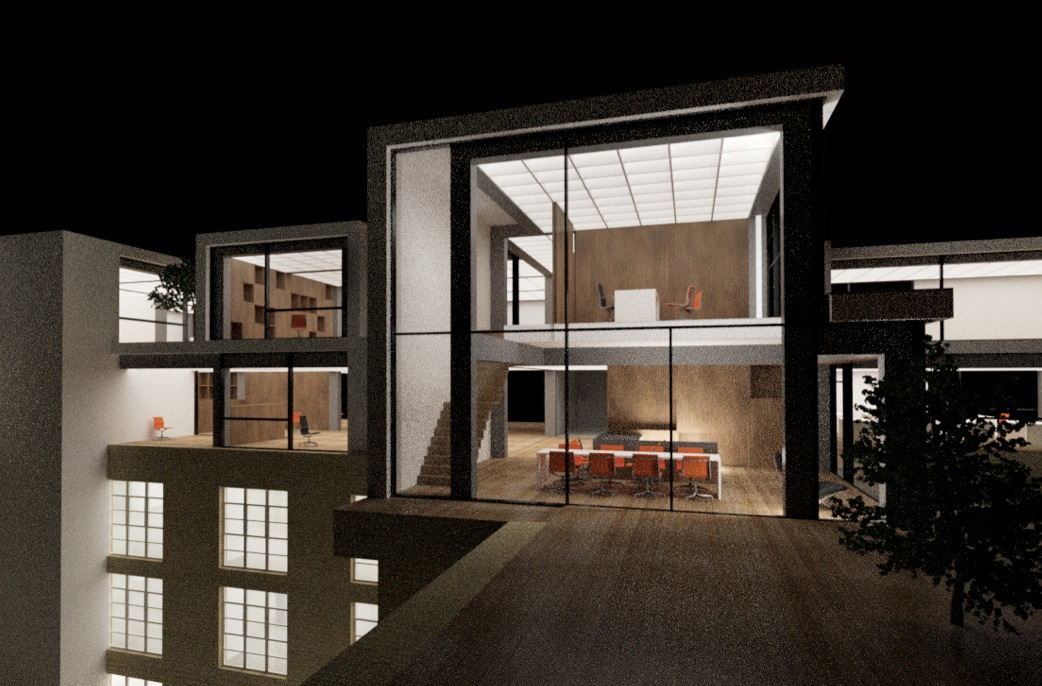 With a total of 5 stories and 85,00 square-meters of space on the site of the former wall separating East from West Berlin, The Factory is a clear statement of intent. Just as Google’s new Campus building in London’s Shoreditch is attracting satellite offices from tech startups, The Factory aims to be a the heart of Berlin’s new scene.

Crucially, the aim is to involve the startup scene outside the building. “This concept will not be formed by investors, but rather the scene itself,” says Schaefer.

To that end, the first tenant late this year will be, appropriately enough, SoundCloud, which moves its Berlin Headquarters to the new location,

Alexander Grosse, VP Engineering for SoundCloud, says: ‘The Factory will provide us with an environment that reflects the culture and working ethic of SoundCloud; one that fosters collaboration, innovation, creativity and development.”

However, I have to ask, what is the catch? It sounds all a little too good to be true, for those involved at least.

Will The Factory take equity in residents? What is the deal for startups? Do they just get space or what?

“Of course we have the network for a great financing round for startups,” Schaefer tells me, “but every founder, idea or deal will be treated differently. We do not want to narrow ourselves into incubation or acceleration. Every option should all be possible.”

He plans to make sure Berlin’s existing network of Entrepreneurs and Angels can participate in The Factory, such as Christophe Maire, Dario Suter, and now, even Founders like Alex Ljung, who themselves are investing here and there in startups.

It’s certainly a grand vision. In London it took the giant Google to buy a lease and renovate an entire office building, such is the expense involved in taking space less than a mile from the city’s wealthy financial district. In Berlin it takes the will of some far-sighted property developed and angel investors to have a vision for a place that at one time singularly divided Eastern and Western Europe.

It’s now up to The Factory to make the Berlin network sing and hum in a way only a physical space can.

The new wave just got real. 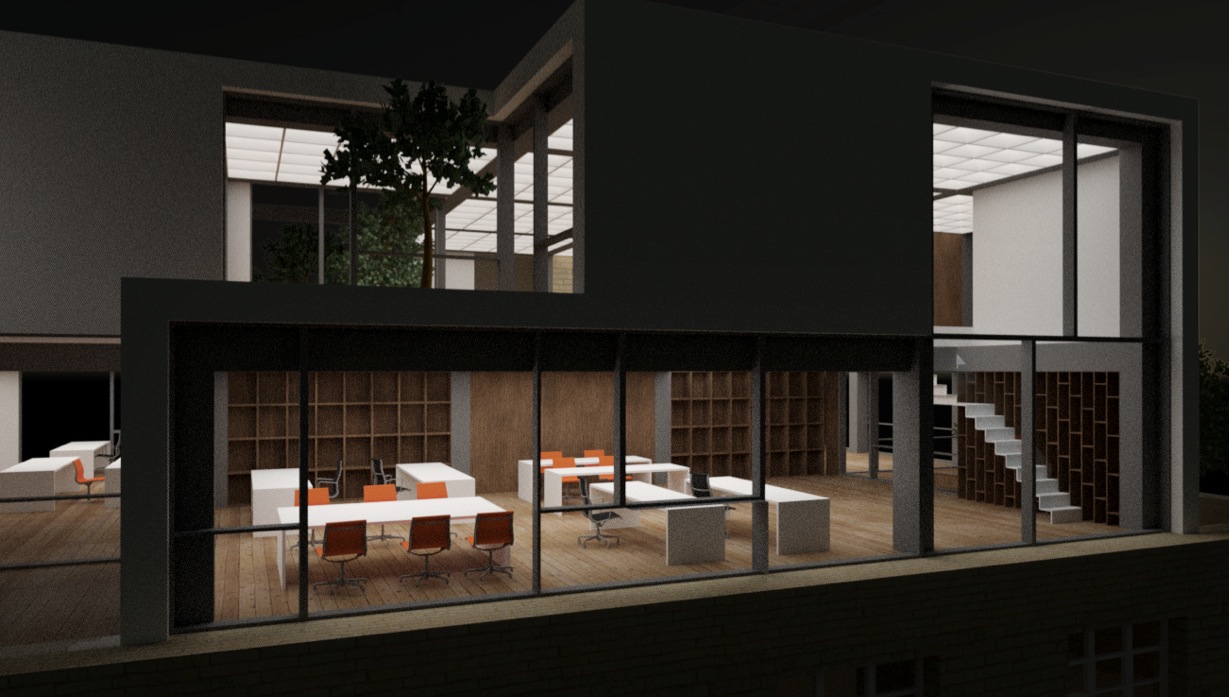