Spring has come, and like new buds springing forth from the loamy earth, so too are new gadgets constantly being released into the real world. Today’s first helping of new gear comes from Toshiba, who has just fleshed out their Excite line of Android tablets with three new entrants: the Excite 7.7, Excite 10, and the plus-sized Excite 13.

These three new Ice Cream Sandwich-powered tabs share most of the same fundamentals — they all sport NVIDIA’s quad-core Tegra 3 processor for example, as well as 1GB of RAM, a pair of rear and front-facing camera (5 and 2MP, if you’re interested). Also appearing throughout the line are the usual complement of WiFi and Bluetooth radios, which are nestled within tidy aluminum frames.

As their names imply though, each tab sports a distinctly-sized (and Gorilla Glass swathed) display that Toshiba presumably hopes will help them squeeze into a handful of niches. Take the Excite 7.7 for instance — Toshiba’s super-portable offering is the thinnest of the lot with a 0.3-inch waistline and is also the only to feature a AMOLED display.

That portability and power will definitely cost customers a pretty penny though, as the 16GB model will hit shelves on June 10 with a hefty $499 price tag. Customers looking to step up their memory game can expect to fork over a total of $579 should they opt for the 32GB variant. Heads up folks, the Excite 7.7 also has a microSD card slot, so you can probably score 32GB of storage for a little bit less. 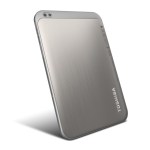 The Excite 13 sits on the other end of the size spectrum, and Toshiba pegs the big guy as a real winner when it comes to media playback thanks to that sizable 13.3-inch 1600 x 900 display and its array of four speakers. Also on board are a Micro HDMI port for some quick TV connections and a full-sized SD card slot for additional storage. It’s also worth noting that while it may seem like the homebody of the group, it isn’t terribly tough to lug around at 2.2 pounds.

Should Toshiba’s claims pan out, the Excite 13 shouldn’t leave too many users in the lurch with a dead battery — they report that they’ve been able to squeeze an awfully appropriate 13 hours of use out of the thing. Expect the 32GB model to go for $649 and the 64GB model to retail for $749.99 when they launch alongside the Excite 7.7 on June 10. 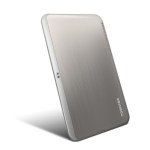 Meanwhile, the Excite 10 (not to be confused with the very similarly named Excite 10 LE) is nestled right in the middle and purely in terms of hardware, it’s more robust than the tab that preceded it. In order to make that happen though, Toshiba had to compromise a bit on the size. While the original Excite 10 LE featured a remarkably thin 0.3-inch waistline, the new Excite 10 sports an ever-so-slightly chubbier build at 0.35 inches thick (the decision to keep the Micro HDMI port and go for a full-size SD card slot probably didn’t help). 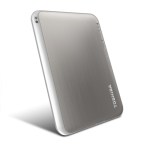 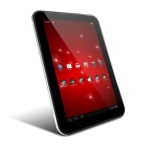 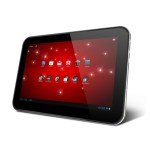