The Internet killed the magazine star. There’s been a major round of layoffs at Maxim magazine. Senior Editor Seth Porges is at least one employee who got the axe, according to our sources and confirmed by a recent update to his Twitter bio that now lists him as “EX-MAXIM”.

Update: We’ve confirmed there’s been six layoffs from the editors, web, and photo teams. The layoffs could be a response to declining magazine sales due to the fracturing of men’s attention caused by rise of the internet and social media. There’s just more places for men to look at gadgets, guns, and girls than there used to be.

Maxim is part of the Alpha Media Group which also own Stuff magazine. Alpha Media Group’s been in trouble for a while. Back in 2009 it had to shut down its music magazine Blender and fire multiple Maxim staff members including several editors.

[Update: We’ve confirmed that many employees were suddenly laid off this morning in what management called a “corporate restructuring”. Departments that were reaped include editorial, web, and photo. The grim news comes after months of shakeups, including the firing and replacement of Maxim’s Editor In Chief, CEO, and Web Editor. A source originally told us and we published half of Maxim’s staff was laid off but we’ve now confirmed that the cuts were confined to the web, editor, and photo teams. A Maxim spokesperson tells us there were 6 layoffs, and we’ve learned there’s roughly 13 full time staff between those teams. There are additional editorial employees in copy editing, research, and production, though.] 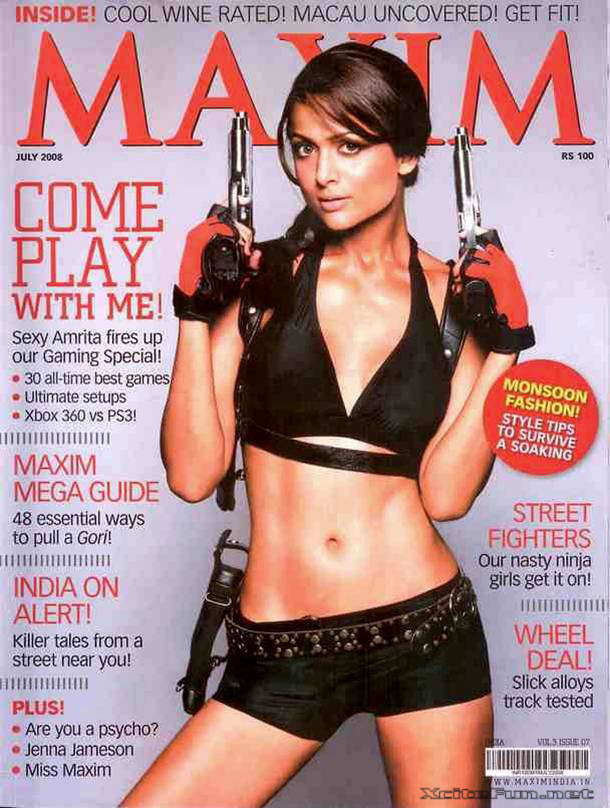 Many print magazines are thought to be in subscription free-fall right now, and Maxim may be more vulnerable than most. It’s format of short, punchy 1-page and half-page features is being cannibalized by humor websites like BuzzFeed and Cracked, as well social news aggregators like Reddit and Digg. Widespread free access to pornography on the internet can’t be helping either, as Maxim’s covers are usually scantly clad women. Convincing men to pay for such content in print must be getting harder and harder.

Maxim does run a website but there’s little there to differentiate it from other men’s interest sites. It also hasn’t been as quick to adopt social media as sites like BuzzFeed which have launched Facebook reader apps to score extra referral traffic. However it does have a wide selection of mobile apps to paw at.

Hopefully some of the displaced Maxim staff can find jobs on the web. And to anyone working there since the late 90’s, thanks for making my childhood a bit more scandalous.