From the outside, Dropbox looks occupied with launches these days. It came out with a big redesign this month, then followed up quickly with a new way to share files with Facebook friends. But the company is busy with a lot of internal growth, too. It recently moved into big new offices down the street from us in the tech-heavy SOMA district of San Francisco, and has been busy hiring elite engineers (or buying them, like it did with the recent acquisition of Cove).

It also has the added challenge of bonding the team together in the middle of the action, trying to maintain its startup culture. So it took the idea of a hackathon — usually a 24-hour event where developers compete to build small projects — and turned it into a full week in early March. The exhausting contest and associated recreational activities (“Dropbox Jeopardy” and such) are captured in detail by Eric Chang in the classy video above.

Most of it is focused on the efforts of two engineers who work on a Harry Potter-inspired “Marauder’s Map” of the new office, using Wi-Fi signals to figure out the locations of people and their laptops. It’s a clever way to show new employees around — and the video is the first look the world is getting at the new location.

But you’ll also see some of the other hacks show up. There was a password strength meter that warns users about tricks that might leave them hacked, a tool that warns developers where bugs are likely to show up as they’re writing code… and funner ones like a cartoon mural of employees, and a rap song.

The music, by the way, is “We Will Learn” by Beat Culture, “Adrift (Shigeto’s Adrift A Dream Remix)” by Tycho. 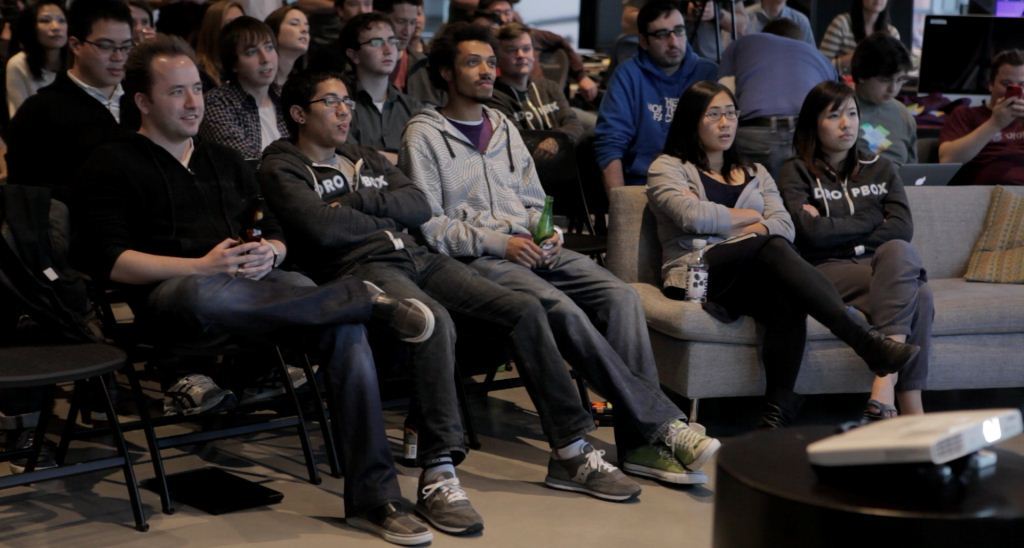