A testament to how fast we are consuming culture these days, it only took ~72 hours for the UC Davis “Casually Pepper Spraying Cop” Photoshop meme to go from Reddit thread to CNN, with officer John Pike is in all his pepper spraying glory spraying “everyone from Santa to Jesus” on a segment for the international news channel.

While you’ve probably seen Pike wield his spray at everything from Pink Floyd’s “Dark Side of the Moon” to a baby seal all over the Facebooks and the Twitters, the meme actually started as out another meme, “Strutting Leo,” super-imposed on an Occupy protest photo. It was then brilliantly extrapolated to incorporating Pike’s image in the Trumbull painting Declaration of Independence. And so on and so forth.

Like most memes before him, Pike’s got a parody Twitter account and spin-off memes, namely various iterations of Fox newscaster Megyn Kelly calling pepper spray “Essentially a food product.” (Moos’ take, “Kelly would probably like to eat her words, a long as they aren’t seasoned with pepper spray!”).

The meme has spiraled out into hundreds of joke reviews of the brand of pepper spray Pike used on Amazon, a robust Quora thread filled with all the images and image macros and a Hitler “Downfall” video where Hitler is angry about how little time it took Pike to become a meme.

It even made CNN which, in a world where I just saw a Kohl’s commercial rip off Rebecca Black, isn’t that surprising (Note: I sat there dumbfounded while my stepmom didn’t seem to notice anything was amiss, probably because she was lucky enough to have never seen the original “Friday”).

But that soon may change. In a soliloquy in the timbre of The Things They Carried, Moos gives it her all in the above video, “Pepper spray is being aimed at old people and The Village People, it’s even being aimed up Marilyn Monroe’s dress. Anyone care to give thanks to pepper spray on ‘Turkey Day’?”

Odds are good that at least some of you will be talking about Pike’s spray antics at your family dinner table. 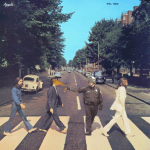