Mark Armstrong founded his site, Longreads, in 2009. Using Twitter hash tags, the site simply aggregated user’s picks for the best long-form non-fiction on the web, offering a poor man’s content curation engine. Now, two years and thousands of stories later, Armstrong will be joining Nate Weiner’s Read It Later as editorial director, where he will collect and curate content for that app’s users.

“Over the past two years with Longreads, I’ve learned so much about the importance of ‘time-shifting’ in helping make long-form content more accessible to more readers on the web. Read It Later now has nearly 4 million registered users, and I think there’s an incredible opportunity for publishers, curators and creators to use the platform in new and valuable ways. That will be my focus,” he said.

“We’re in a golden age of storytelling right now on the web, and I think Read It Later is in a perfect position to support that work, across all major platforms. We’re excited about what’s next.” 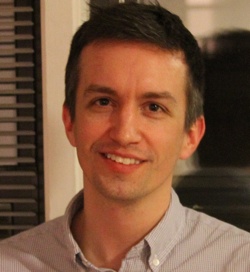 Mark (pictured) was the former director of content at Bundle. He noted that while this is a paid position with the company, he will continue running Longreads, supporting it through reader donations and subscriptions.

Read It Later completed a $2.5 million funding round in July, including investments from Foundation Capital, Baseline Ventures, Google Ventures, and Founder Collective. The service has just under 4 million registered users and over 250 apps connect to Read It Later for offline reading. The Android and iOS apps see about 10,000 downloads per day.

Mark and I started talking shortly after he launched Longreads. We would routinely have conversations about the space and our views on where it was headed. We never had an agenda or were working together at the time, but just enjoyed the thoughtful discussion. He just got it,” said Weiner.

“So this year, after I raised and grew from one to many, Mark and I talked again and realized it was the perfect time to bring him on board. Mark is now helping forge new paths with publishers, writers, and developers who are interested in changing the way people consume articles, videos, and content online and off.”

Luckily, even with all his responsibilities, Armstrong will still have a moment to peruse some long-form non-fiction.

“Longreads is continuing as it always has: It’s an independent four-person company, and my role with Read It Later will allow Longreads to expand and improve our service to the community. Read It Later has been a huge supporter of Longreads since the very beginning, and what we do is very complementary. Also, in case anyone’s wondering, I’ve always operated Longreads alongside other content strategy work — so, yes, I’ll still have plenty of time to read,” he said.