Production of Sony’s AIBO, probably the world’s most famous robotic dog, may have been discontinued in 2006, but that didn’t stop other Japanese companies to keep on developing similar robots. 12 years after AIBO saw the light of day, Tokyo-based NSK took the wraps off a more advanced (nameless) robo-dog [JP].

Unlike AIBO, the NSK robot is designed to actually fulfill a purpose one day: serving as a guide dog for blind people. Work on the robot started in 2005, and the newest model is able to walk at 3.8km/h. Judging by the first videos (see below), the robot is pretty slow, so real animals still have a role for the time being. 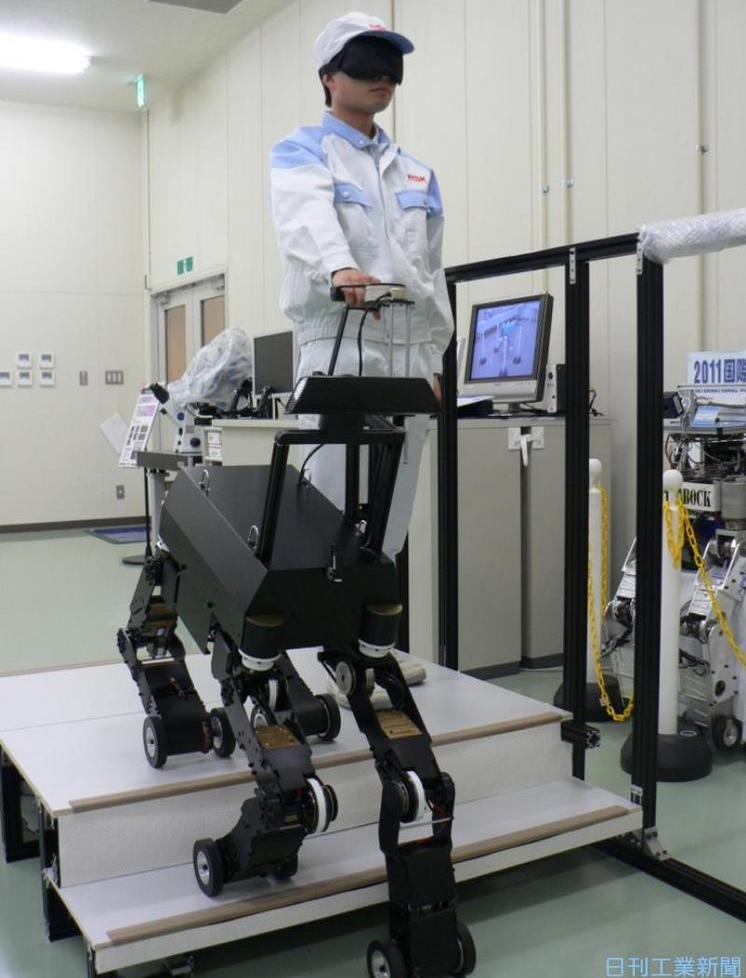 The “dog” has four joints in each leg and is equipped with a set of cameras and sensors to help humans walk around. As robot blog Plastic Pals points out, NSK could equip their robot with GPS, web-connected maps and other bells and whistles to actually turn it into an alternative for real dogs one day.

This video shows the dog tackling stairs in more detail (the previous model can be seen on the left):