Back in May, BlueStacks raised $7.5 million in series A financing from Andreessen Horowitz, Ignition Ventures, Radar Partners, Redpoint Ventures, and more. This was all pre-launch. Why that kind of money for a startup that hasn’t launched a product yet? Because approximately 630 million new Windows PCs will be shipped by the end of this year, and because BlueStacks has designed downloadable software that will enable Android apps to run on (hopefully) all of them.

And today, to put that money where its mouth is, BlueStacks is announcing the release of the first products that will be a part of its ongoing quest to do just that. For starters, the company is making available the alpha version of its app player for Windows that is basically a free software download that will give users one-click access to Android apps on any Windows PC, tablet, or laptop. (And the ability to view these apps in full-screen.)

BlueStacks hopes that this will be a boon for Android (and Windows) developers, as the software will give them access to the some-billion-odd PC users worldwide without requiring them to modify their apps for those desktops, laptops, and tablets. The BlueStacks team also said today that PC manufacturers and OEMs have expressed interest in making the BlueStacks App Player native on their various devices, as it targets both consumers and enterprises, from children’s educational apps to enterprise-level workflow apps — everything in between. 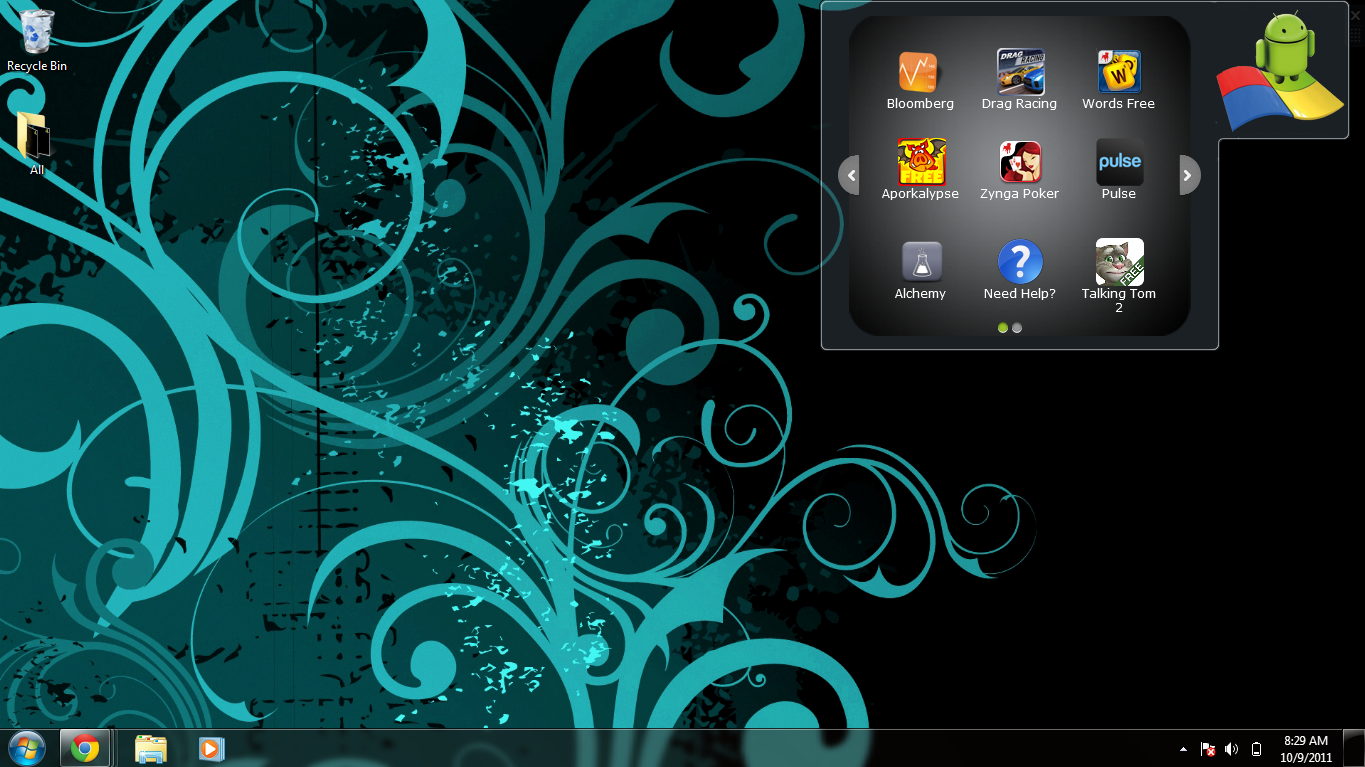 Along with its app player, the company is also launching a product it calls “Cloud Connect”, which is, well, a cloud-based service that allows PCs to become a veritable extension of any Android-based mobile device — and vice versa. Essentially, after downloading the free app in the Android Market, users can sync the apps on their Android devices with their PCs in one click, with capacity of up to 35 apps ported over from their Android devices.

The app also offers a customer “Apps Channels” page where users can manage their apps in the cloud, viewing the apps that have been downloaded on their devices, including entries in the “Featured Apps Channel”, which offers direct access to the latest apps from developers.

With such a huge market in play, Cloud Connect and the App Player can certainly have global implications; according to BlueStacks President and CEO of BlueStacks Rosen Sharma: “The openness of Android is enabling innovation around the world. We are grateful to Google and others for their contributions. This is also a social equalizer in the US and countries like Brazil, India and China, where a large percentage of the population who can only afford smartphones can now enjoy and benefit from the ubiquity of apps on the Android platform“, he said.

For more, check out BlueStacks and the App PLayer here, or peep the video below: