Back in July I wrote about a nifty iPhone app called Alfred. It’s a sort of Yelp meets Pandora: you tell it what kind of restaurants you like, and then it tries to make some solid recommendations.

Today Clever Sense, the company behind Alfred, is sharing some early stats — and they’re looking good. Thus far the application has given 7 million recommendations to users in less than three months. And users have ‘Liked’ two million venues within the application (you can use a Pandora-esque thumbs up or down to further train the app’s suggestions). Apparently those recommendations ring true, too: the app has 550 ratings and a 4-star average on iTunes.

The most important stat, though, concerns the way people are actually using the application. Namely, the fact that some 94% of the requests that go through Alfred are based on ‘Serendipity’ versus only 6% that are explicit searches.

So what does that mean? One of the key features that distinguishes Alfred from competitors (like Yelp) is that there’s a focus on requiring little-to-no input from the user. After you’ve gone through an initial training session where you tell the app what you like, it does its best to recommend places to grab coffee, lunch, drinks, or whatever else it believes you’re looking for when you open the app (it pays attention to things like the current time to make this initial guess). Oftentimes it only takes one or two taps to get a quick recommendation — and because the app is building a taste profile for each user, those recommendations should be getting better over time.

These few-tap queries are what Alfred means by Serendipity, and their popularity show that people really don’t want to have to deal with typing things in manually when they can avoid it (it’s also a good sign for Siri, which similarly lets people avoid typing).

To commemorate their progress, Clever Sense has put together an infographic showcasing several stats, as well as the density of usage in San Francisco and NYC. To see the whole infographic, click on the image below. 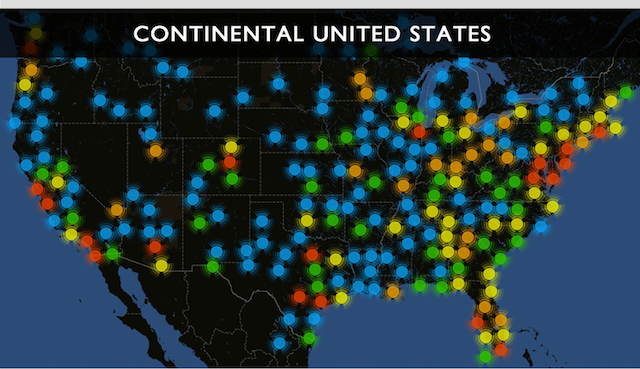