Rumors and speculation run wild prior to any Apple event and most often the announced product does not live up to the hype. That’s essentially what happened today. The Apple rumor mill promised an iPhone 5 with killer specs, a huge screen and nothing less than a built-in teleportation device. We got the iPhone 4S instead. Here’s what the interwebs got right and wrong. 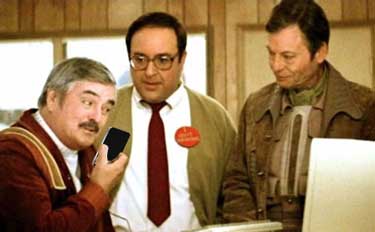 It’s called Siri. Apple feels these voice controls are essentially the next paradigm in personal computer. Android users will cry foul, though, because their mobile OS of choice has long featured similar functions. We also wouldn’t be surprised to see Microsoft fans make a couple comments, as Mango has some pretty extensive voice control features, too.

Apple solved what must have been a frustrating supply chain issue and used a dual-mode GSM/CDMA radio for the iPhone 4S. This allows Apple to make, distribute and sell just one model. It likely wasn’t an easy task building multiple antennas into the iPhone 4S’s small frame.

The next iPhone will be powered by the A5 CPU

Apple debuted the dual-core A5 CPU with the iPad 2. It is now at the core of the iPhone 4S where it can dish out CPU tasks twice as fast and graphics seven times faster. Angry Birds will never be the same.

It was just an innocent picture of bland sushi. That one picture sent the Apple crowd into a frenzy, though, claiming through simple math that the iPhone 5 would have an 8MP sensor. The iPhone 5 wasn’t announced today but the iPhone 4S in fact features an 8 MP sensor with 60% more pixels than the 5MP camera used in the iPhone. Apple then covered it with a five element lens and claim the A5 CPU allows for 26% better auto white balance. 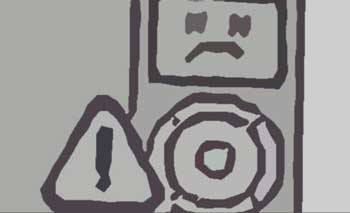 The iPod was on the chopping block

Phil Schiller, “I’m really pleased to talk to you about the iPod. We started the iPod simply because we love music. We still love music, and we’re still making great iPods” and then went on to introduce updates to the iPad nano and touch. The iPod is not dead. Yet.

Up until this last weekend, the predominate rumor involved the iPhone 4S and the iPhone 5. The iPhone 4S would be an updated iPhone while the iPhone 5 would feature an iPad-inspired design complete with a larger screen and thinner casing. Apple announced just the iPhone 4S today.

After the iPad app was absent from Facebook’s F8 event, an exclusive report surfaced that claimed Facebook long-awaited app would launch along with a redesigned iPhone app at Apple’s “iPhone 5 Event”. That clearly didn’t happen today. However, in Mashable’s defense, the iPhone 5 didn’t launch today either.

The iPhone 4S would be a less expensive iPhone

Apple had a chance to utterly destroy the competition by introducing a less expensive iPhone. But that’s not going to happen. The latest iPhone will debut at the same $199 intro price as previous versions.

Leaked bezels told a story of a redesigned, elongated home button. Speculation stated this longer button would allow for gestures and even multitouch options. But the phone announced today, the iPhone 4S, features the tried and true round home button.

Sprint reportedly bet the company on the next iPhone. Some reports even pegged Sprint getting the next iPhone incarnation exclusively. That didn’t happen although the iPhone 4S is headed to Sprint — along with Verizon and AT&T.