Many businesses embed YouTube videos on their sites, but one of the pain points of using YouTube as a platform is that visitors can click through the video to YouTube and off the brand’s site — and those videos also include YouTube’s ads and branding. Ooyala and Brightcove both offer professional, enterprise-hosted video platforms but these can be expensive. Enter Y Combinator-backed Vidyard, which is launching today as an affordable way for businesses to host videos that can be viewed either on a landing page or via an embeddable player.

Basically, Vidyard is offering a service that’s very similar to YouTube, but without that link to a third-party portal. The startup also offers instant, detailed and real-time analytics with regards to the embedded video performance. Co-founder Michael Litt says that currently 3.5 million businesses host YouTube videos on their site and there’s a huge opportunity to offer a better, simpler, easy to use video hosting product to companies.

Here’s how Vidyard works. First, you can choose to upload a video file or a video from YouTube. You can then add a custom thumbnail, choose from 10 different player skins, customize the size and color, enable viral sharing on Twitter and Facebook, and default content to HD if you’d like.

In terms of integrating the video into a site, Vidyard offers a simple code that can be embedded on any site (users can choose to have an in-line video or one that appears as a pop-up). Or businesses can choose to send people to a landing page with a link to the video, which Litt says is ideal for email marketing. Users can also comment on these pages via Twitter and Facebook.

Once a business uses Vidyard, it can also access detailed analytics on the performance of the video. The startup allows businesses to see how many people watched a video, their attention span, minutes watched, most popular times within a video, where people are located geographically, and more.

To monetize, Vidyard is using a freemium model: startups and companies with a smaller marketing budget can create a hosted video through Vidyard for free with some of the functionality above (including analytics). For $20 to $50 a month, they can add branded players, realtime analytics, and other premium features. And Vidyard also has plans for large-scale video hosting.

The startup uses RTMP streaming, which means you can jump to the middle of a video without waiting for the buffer to catch up. You can also implement chaptering, which means you can overlay links to additional videos on top of the one being watched. Every plan includes 101 GB of bandwidth, and Litt says no business goes over this amount. The startup has tweaked its hosting technology to be bandwidth efficient, and only buffers ten second in advance so the business isn’t wasting bandwidth on clients that aren’t watching the whole videos.

Vidyard hasn’t yet graduated from Y Combinator’s incubator (that happens this week) but has already caught the eye of some well known companies and investors. Ernst and Young, Adchemy, and TheBizMedia (a digital video agency that represents Coke and Maxwell House) are using Vidyard’s hosting platform. And in addition to the Start Fund and Y Combinator’s financial backing, Vidyard has raised additional funds from former RIM COO Dennis Kavelman and SV Angel. 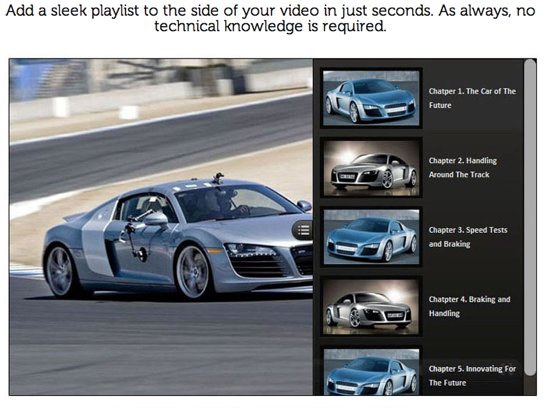 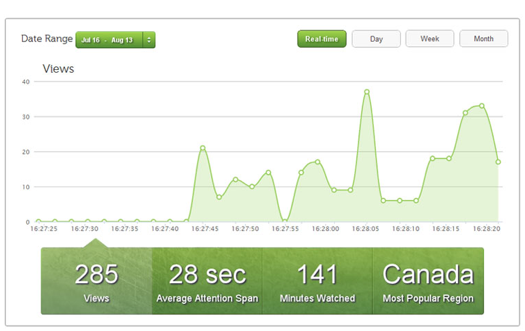