It’s never been hard to use Google’s search engine from your iPad or Android tablet — but the experience is about to get significantly nicer. Today Google has announced that it’s rolling out a new, touch-friendly version of Google search that makes some key changes for the tablet form factor.

The biggest is the change in navigation. Gone is nav bar at the left hand side of the screen (which has pretty dense menus, and is thus prone to accidental taps). It’s been replaced with a series of tap-friendly menus at the top of the page that let you jump between standard results, video, images, and other options. An adjacent menu will let you narrow the date range of results as well.

There are plenty of smaller tweaks too: larger fonts and thumbnails, fewer things to mistap, and bigger buttons.

Google says the new version is in the process of rolling out, so you may not see it immediately. 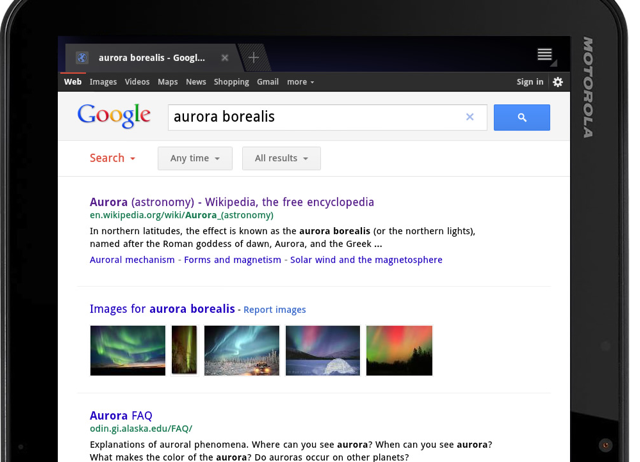