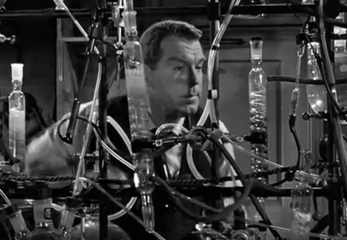 When we think of scientists, we often picture distinguished researchers in white coats, methodically conducting experiments in labs that run like well-oiled machines.

Unfortunately things are usually less glamorous. Science labs have a lot going on, and while they’re generally very focused on making sure safety protocols are followed and contamination is minimized, there are some things that are a little less organized. Like ordering supplies — oftentimes reagents are either ordered in excess (resulting in waste) or forgotten about until they’re needed (resulting in delays).

Quartzy, a startup that’s part of the most recent Y Combinator batch, is setting out to fix that problem. The company launched around 18 months ago and has 4,500 scientists worldwide using the service — and there are plenty more who could use help keeping their supplies in check, many of whom are spending thousands of dollars on supplies every year.

At first glance, the service seems a bit like a science social network. You sign in and create a profile, then link up with your coworkers and other colleagues. But founder Adam Regelmann explains that the site isn’t really about connecting with your colleagues in a social sense — rather, it’s about keeping track of which supplies your lab has in stock, and what needs to be ordered . He adds that it’s a problem he’s faced himself as a MD and PhD from Columbia, which is when he had the idea for the company.

Anyone in your lab can log in to see the current inventory status, which helps make sure that they don’t place order requests for things that they don’t need. The site also lists expiration dates, which is important for reagents that only last for a relatively brief amount of time (like some enzymes).

Inputting the inventory information into the system is something each lab will need to do themselves — there’s currently no direct integration with vendors, so your inventory won’t automatically be updated each time you order more supplies. Regelmann says this is partially because the industry is very fragmented, so labs are oftentimes ordering their supplies from many different vendors (some of which use arcane technology) which makes integrations difficult. Update: Regelmann adds that while the service doesn’t tie in directly with these vendors, Quartzy does allow labs to upload their existing inventory Excel spreadsheets to quickly get their labs up and running on the service. And Quartzy also includes online versions of each supplier catalog, so you can quickly add supplies to your database by keying in vendor names and catalog numbers — the system will automatically populate the rest of the information.

Quartzy does more than keep track of your lab supplies. It’s also building out a review database for supplies commonly used in laboratories (you can rate how effective a given enzyme was, for example). At this point the database is fairly small, with around 1,000 reviews, but it’s an idea that has potential.

Also very cool: Quartzy has a feature that’s the scientist equivalent of asking your neighbor for a cup of sugar. It’s quite common in scientific communities for researchers to ask friends and colleagues in other, nearby laboratories for a certain reagent that they only need a small amount of (Regelmann says he’d get five or so such requests per week during his research days).

Quartzy helps with this by letting users run a proximity-based query that lets them see if anyone in their city happens to have what they need. And it’s smart about doing this — any results you see will be anonymized. You can send a message to the anonymous researcher and ask if they can spare a dash of whatever you need (they’ll be able to see who you are), and if they’re interested they’ll respond.

So how does Quartzy make money? So far Regelmann says that the company is focused entirely on growth. Down the line it will let science supply vendors purchase advertising on the site, giving a very targeted channel directed toward a group of people who are typically hard to reach (he explains that many vendors often have time informing scientists about new products). And scientists will get exposed to new products they might not have otherwise known about, so it stands to be a win-win situation.