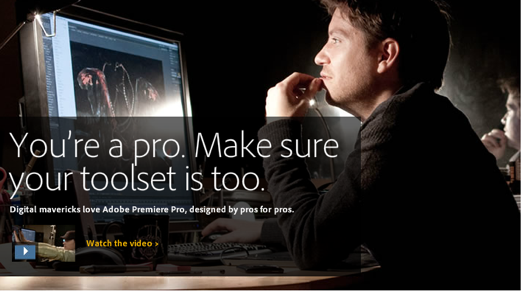 As you may have heard, Apple’s new version of its video editing software, Final Cut Pro X, has received considerable backlash from users. And as Jim Dalrymple reports, video editing rival Adobe has been welcoming these disheartened Final Cut Pro users with open arms. Now Adobe is taking it one step further, announcing a formal ‘switching program’ for any Final Cut Pro or Avid Media users.

Adobe has been pretty active in its marketing efforts towards disgruntled Final Cut Pro users. For example, the company has posted a number of ‘success stories’ of Premier Pro users who have made the switch.

Of course, not everyone hates the new version of Final Cut Pro, so it’s unclear how many ‘switchers’ Adobe will gain from the backlash. Also, check out Conan O’Brian weighing in on the Final Cut Pro X debacle.