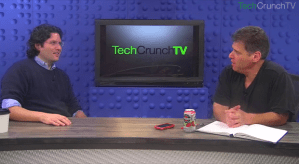 Will people pay for online privacy? Yes, they will – at least according to Michael Fertik, the founder and CEO of Reputation.com, one of the early leaders in the new online privacy ecosystem. Indeed, Fertik believes that privacy is the next big thing in the online economy – a necessary antidote to Reid Hoffman’s Web 3.0 economy of pervasive personal data.

As Fertik told me when he came into San Francisco’s TechCrunchTV studio earlier this week, companies like Reputation.com give control back to the consumer in our Web 3.0 world. With products like the $75 a year MyPrivacy and MyReputation services, Reputation.com offers consumers a relatively affordable way to both block cookies and protect their online reputations in our increasingly public social media world.

Fertik may well be right. Reputation.com has already raised $25 million in three rounds of financing from a number of blue chip VCs including Kleiner and Bessemer. And while Fertik hasn’t received a lot of attention in the technology press, he is a frequent commentator on privacy issues in mainstream media and even recently starred as a “Web Avenger” in ABC’s new reality show about ruined online reputations.

This is the first of a two part interview with Fertik. Tomorrow he explains why data is the new oil and why consumers are the only people not benefitting from this avalanche of personal information.

How Reputation.com is making money