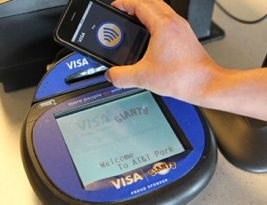 We know Google has made a big bet on near field communications (NFC) as a payments system with the launch of Google Wallet, but does the technology have the potential to be the future of how money is transacted? Juniper Research seems to think so. The company is releasing a new report that forecasts that global NFC mobile contactless payment transactions will reach nearly $50 billion worldwide by 2014.

Juniper says that NFC is steadily gaining traction, and because of the latest rollout of the technology both in the U.S. and outside the U.S., 2011 and 2012 are expected to be “banner years for NFC service rollouts.”

For background, NFC enables people to make transactions, exchange digital content and connect electronic devices with a simple touch. As we’ve seen with Google, Android phones such as the Nexus S are being built with NFC chips, making your cell phone a mobile wallet. It’s unclear if Apple will add NFC technology to the iPhone 5.

Of course, NFC has gained traction in international markets before the U.S. Orange Mobile is using the technology, and Starbucks is set to sign on to use the technology to enable payments in the U.K.

As we’ve written in the past, there are a number of barriers that could prevent NFC technology from becoming a mainstream technology, so it’s not a sure thing that NFC will reach the sort of scale that Juniper is forecasting.